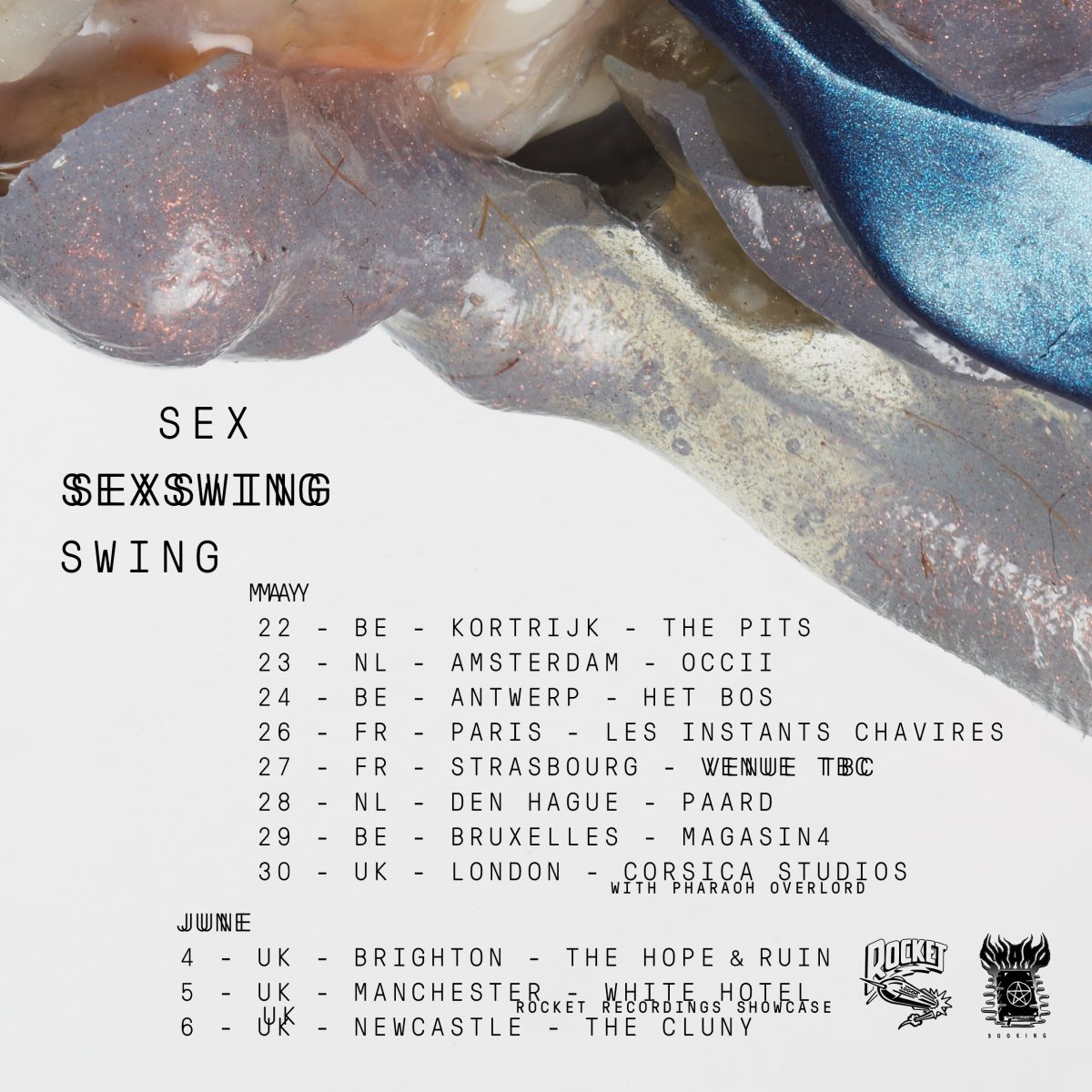 Sex Swing are the British underground supergroup that shouldn’t even exist. One member has survived a plane crash. One has survived (and won) a chess/boxing match against an opponent with the (entirely deserved) nickname ‘The Finnish Hammer’. Another has survived being struck by lightning.

Sex Swing feature Tim Cedar (keyboards), formerly of Ligament, who fronts Part Chimp and runs Dropout Studios in Camberwell; Jason Stoll (bass), a member of revered Liverpool psych champions Mugstar, makes tumultuous and foreboding sounds with Bonnacons of Doom and runs God Unknown Records; Colin Webster (sax) is involved with a plethora of free jazz projects (including Dead Neanderthals) and releases many of them through his Raw Tonk label; Dan Chandler (vocals) sang in the masterful Dethscalator and Stu Bell (drums) played in the same and Gin Palace, while newest addition Jodie Cox (guitar) currently also plays with Seattle drone metal overlords Earth. The band have gained an phenomenal live reputation – enough to have The Quietus immediately decide to release their album when they saw them.

They combine heinous volume, brute rhythmic throb and a devotion to twisted concave noise, which is crushingly physical, mentally disorientating and creates a deeply seedy music that speaks of narcotic London nights and drab suburban nightmares alike… while still being pretty good to dance to.

Dealing in sweaty groove and physical menace Sex Swing are musically tied to an England both squalid and hallucinatory: rain-soaked and rat-bitten but also (genuinely) psychedelic. Because while psych – a contentious phrase at the best of times – is often thought of in terms of beatific hypercolour and can readily encompass everything from jangling 60’s revivalists to bedroom laptop alchemists, Sex Swing operate at the brutal end: a greyscale dockland in a warped hive mind screwed by lack of sleep and haunted by the twisted waking dreams that inevitably ensue: waves of cranial discomfort tempered by the pure physical release of the music.

“The space/kraut/noise/psych rock group churn out grinding, gnarly sounds spliced with the almighty squall of a saxophone”

“A transcendent dose of ultra-heavy psych…”