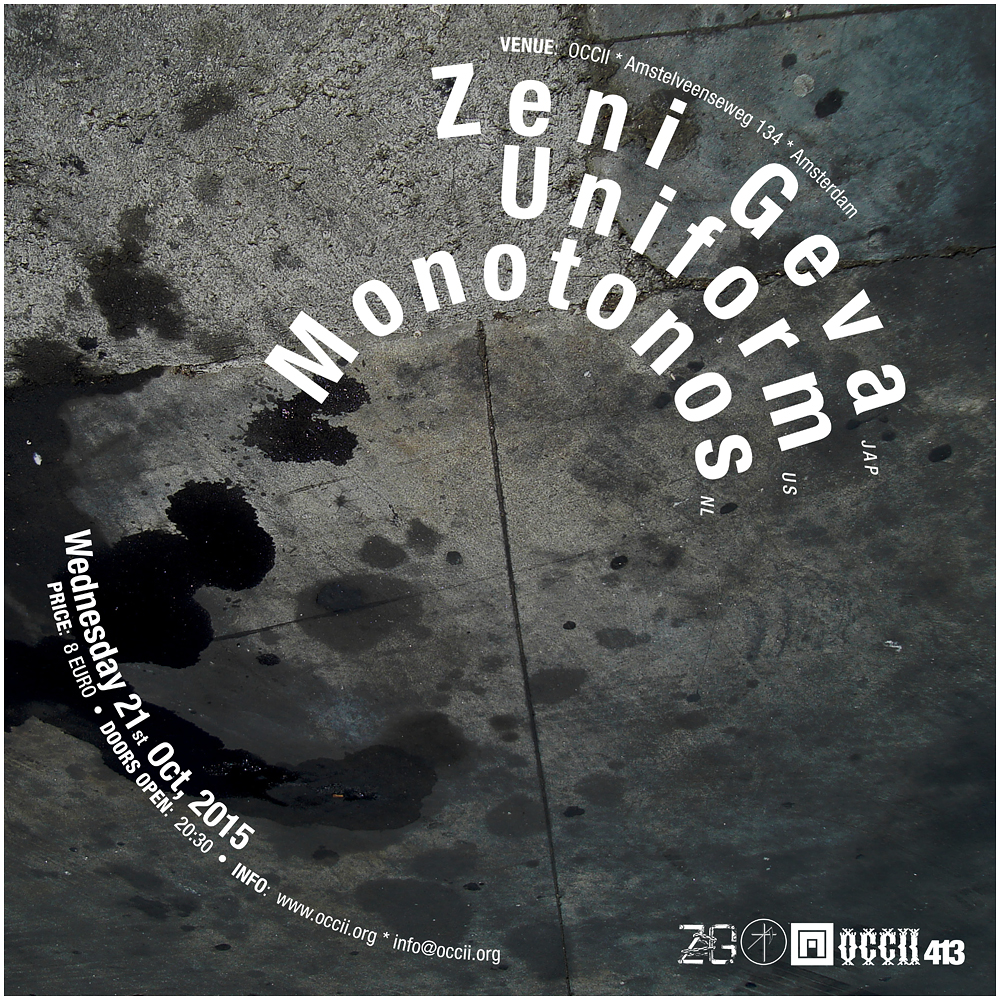 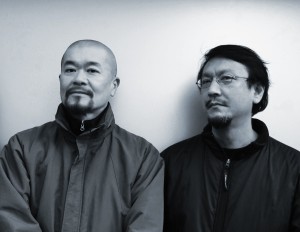 ZENI GEVA is a Japanese prog-hardcore duo, led by singer and guitarist K.K. Null, one pioneering group of innovators and legends. ZENI GEVA was founded in Tokyo in 1987 and quickly found a dedicated
fan base in Europe and the US. Their popularity in the west enabled ZENI GEVA to be one of the first Japanese bands to tour in Europe and the US with bands like Neurosis, Melvins, Dazzling Killmen, Don Caballero, Eyehategod, Pain Teens, Shellac, Bastro, Crash Worship and more.

Steve Albini rates ZENI GEVA as one of his favorite bands. He highlights the band’s wide range of influences for keeping the ZENI GEVA sound diverse and challenging. Steve also admires the way ZENI GEVA embrace the Japanese culture in their sound rather than trying to Westernize it.

In 2009 the 2nd original drummer Tatsuya Yoshida (Ruins) who had been playing in the band in 1989-90 and recorded the1st CD “Maximum Money Monster”, came back and brought the band with more complexity and hyper energy

Uniform is a nihilistic noise band out of Brooklyn that will rip you to pieces, and leave you lying in a hardcore-inflected wake. They’re composed of Ben Greenberg (Pygmy Shrews, ex-The Men, Hubble) and Michael Berdan (ex-Veins, ex-Drunkdriver) They’ve described their music as “the soundtrack for our society’s collective nervous breakdown,” which is a fair assessment if you listen to any of their songs. The live show is really intense.

Their impulsive collaboration quickly yielded Our Blood / Of Sound Mind and Body single. The six tracks that comprise the equally abrasive but more refined Perfect World have been coming together between tours and work ever since. 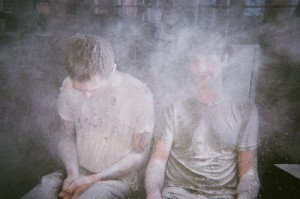 The music that Greenberg and Berdan conjure up under the Uniform moniker is immediate, aggressive, and even primal in form, but it plumbs untold depths. Berdan’s venomous voice mines deeply personal themes of resentment, regret, reflection and addiction over the hum of Greenberg’s almost impossibly disciplined guitar, bass synth, and drum machine lines.

Greenberg uses the word “templatized” to describe their approach to writing songs for Uniform.

“There’s this set bunch of gear to create sounds, and it only creates sound through a certain process, or within its own limitations,” Greenberg said.

“The goal of songwriting is to see how many different kinds of sounds you can get from the same basic process and machine.”

On Perfect World, that machine is firing on all cylinders. The guitar is run through a cheap ’80s preamp marketed to metal kids. The drum machine is equally no-frills, an Akai XR20 that Greenberg says “most people wouldn’t want to keep around.” These humble components are combined with noisy synth and Berdan’s profound howling to form something much greater. Post-punk, synthpunk, and industrial traditions are borrowed from as needed, but the constraints placed on the process mean the result is unique to Uniform.

Berdan describes his lyrics as the consequence of feeling “so full of pain, confusion, deep selfishness, and general animosity that you make some horrible mistakes and have to learn how to forgive yourself for them.”