A/V Club is a one-Sunday-a-month concert series at the OCCII. Bringing together live & curated experimental video and films plus live music performances to expand your minds and eyes. A/V Club’s description as ‘an experimental video & music night’ is a hilariously vague and non-committal way of describing the evenings, but maybe best it stays that way… The spirit of A/V Club so far in its short existence has been to make room for whatever its performers and artists can come up with, to curate the nights from a diverse group of makers a nd players locally and passing through town. As Amsterdam morphs, and spaces across the city shift identities — warehouses become fashionable yuppie restaurants with one–word names like ‛plum’, the average citizen is suspicious of what’s outside his borders, and the squats drift away into the mists like some kind of anarchist Avalon — it’s even more important to create open environments to stretch out in and experiment. That sounds a little lofty, but it’s serious business getting weird.
We want to support the beginners and sustain the people who’ve been the avant-guard their whole lives, and we want to have a drink at the bar with them. We want to bring together a lot of different audiences in neutral territory and give some elbow room to the video artists and encouraging collaboration. Every night we’ve done so far has had its own distinct atmosphere and own set of surprises.
www.dirtroadtech.blogspot.com
www.facebook.com/AV.CLUB.amsterdam 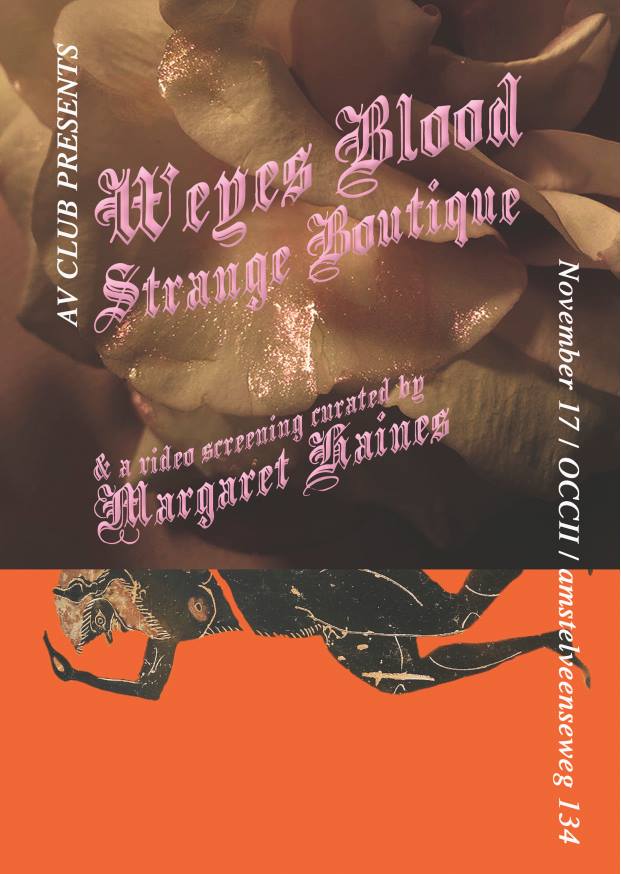 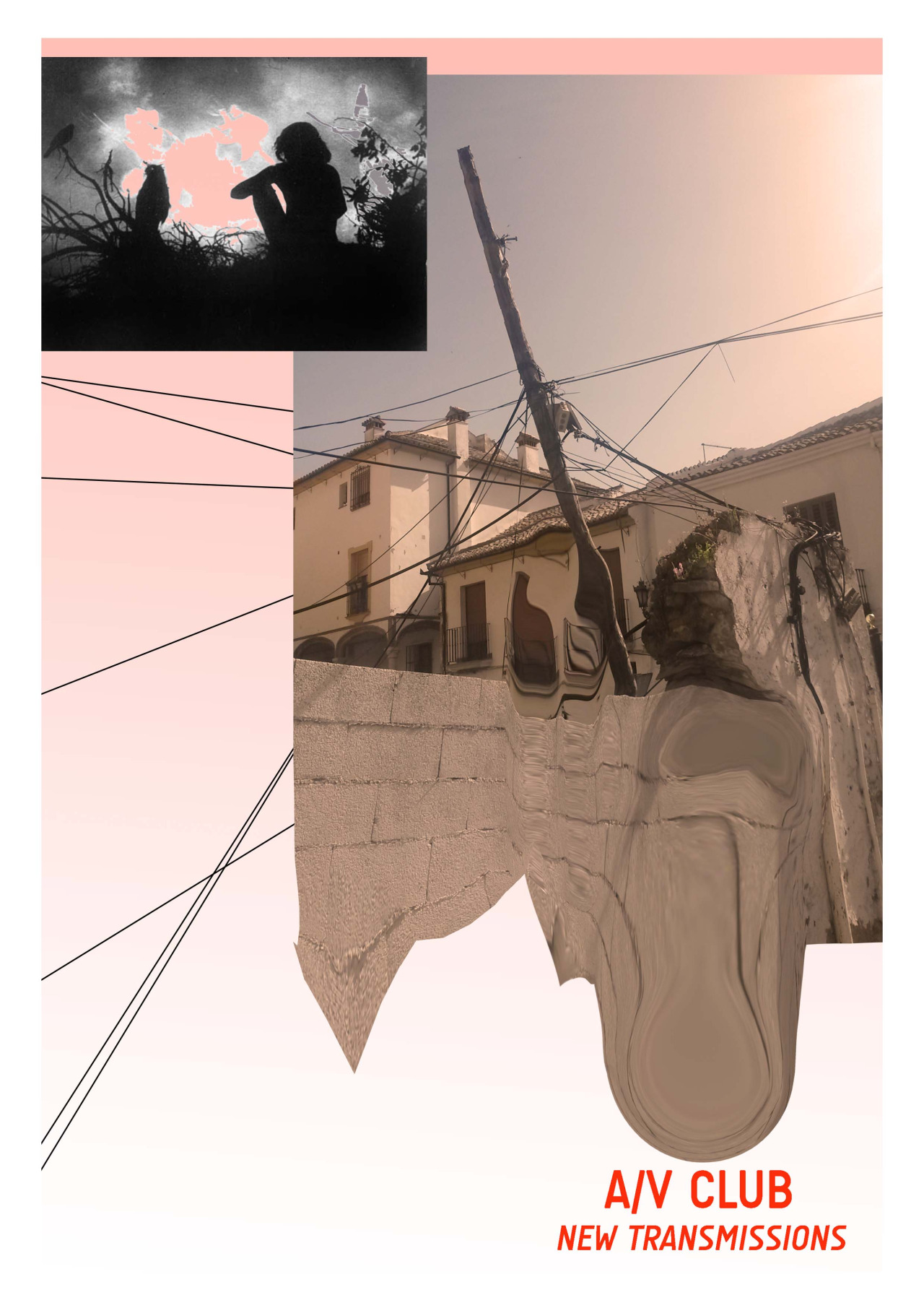 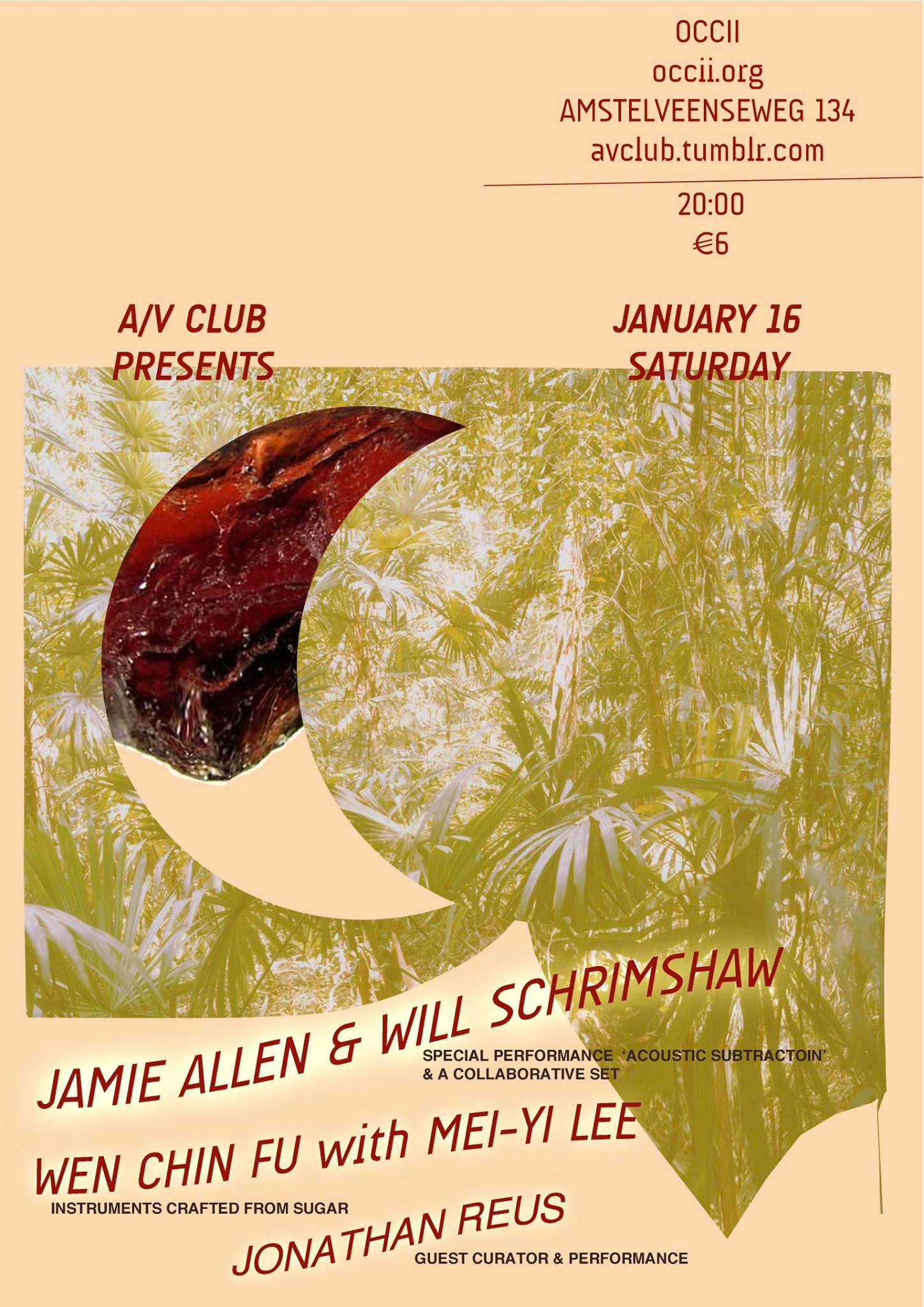 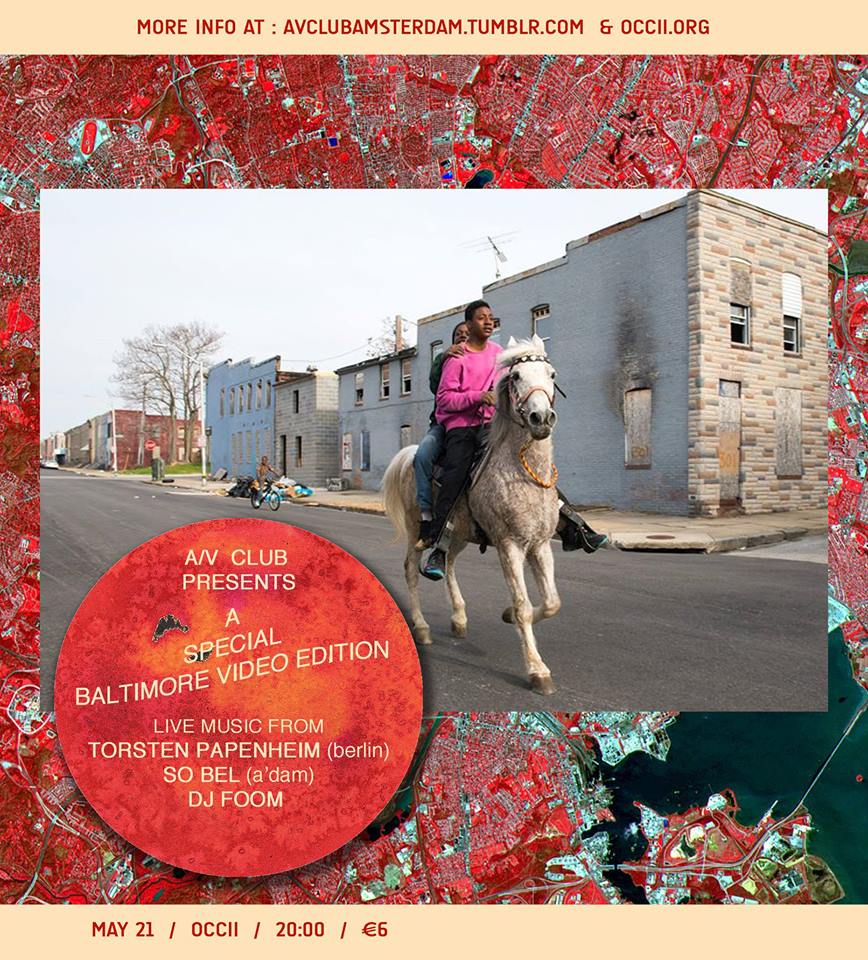 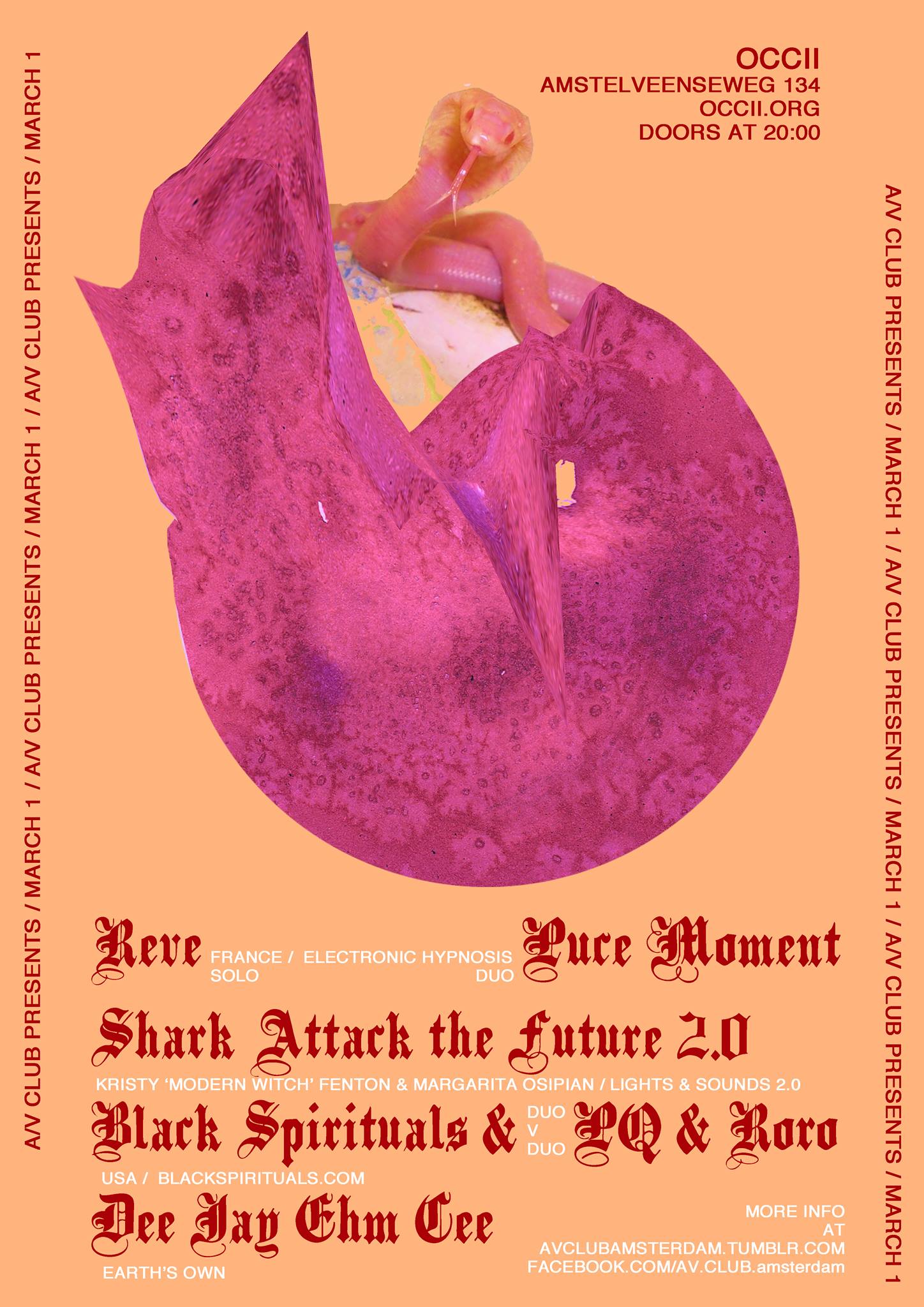 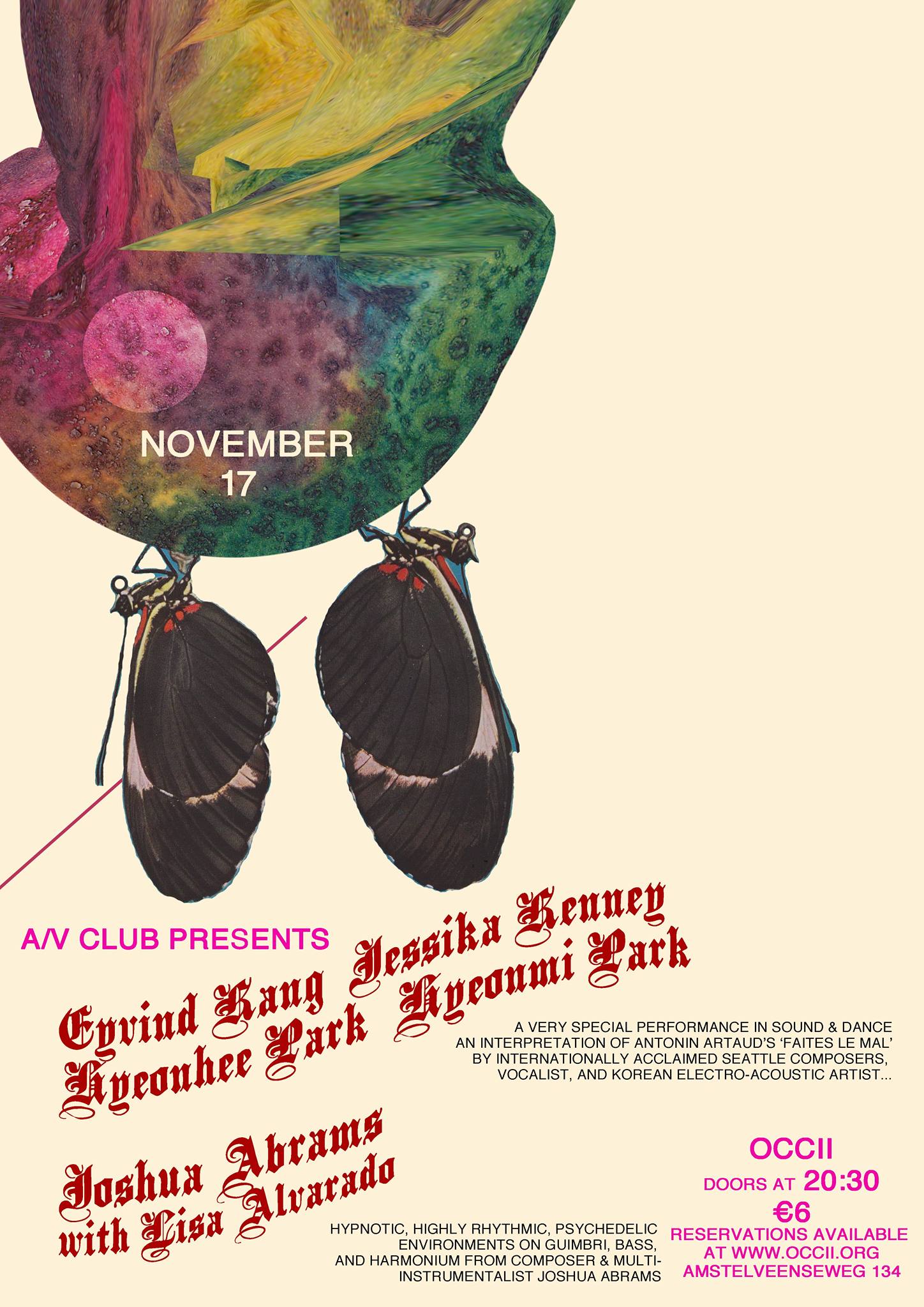 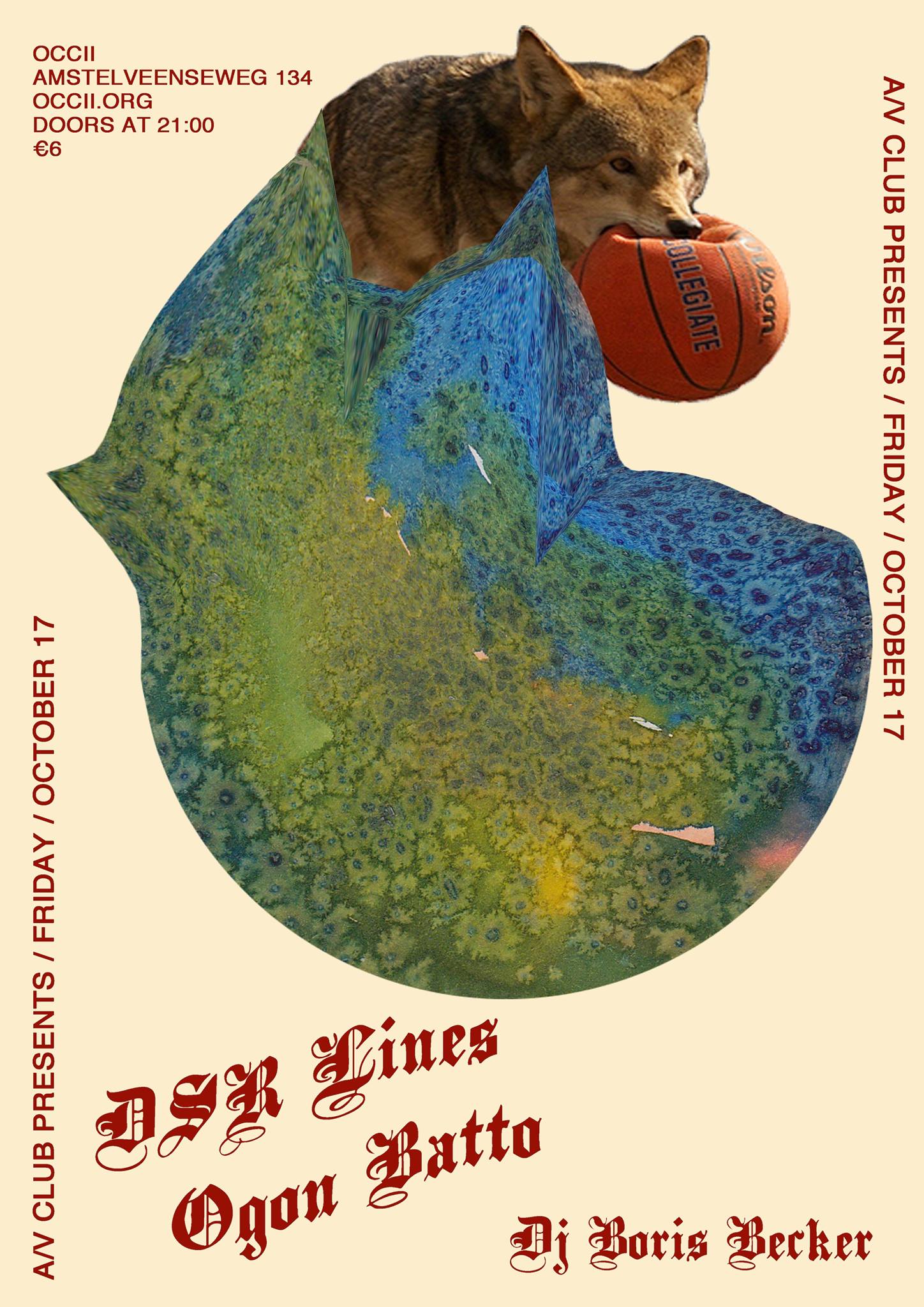 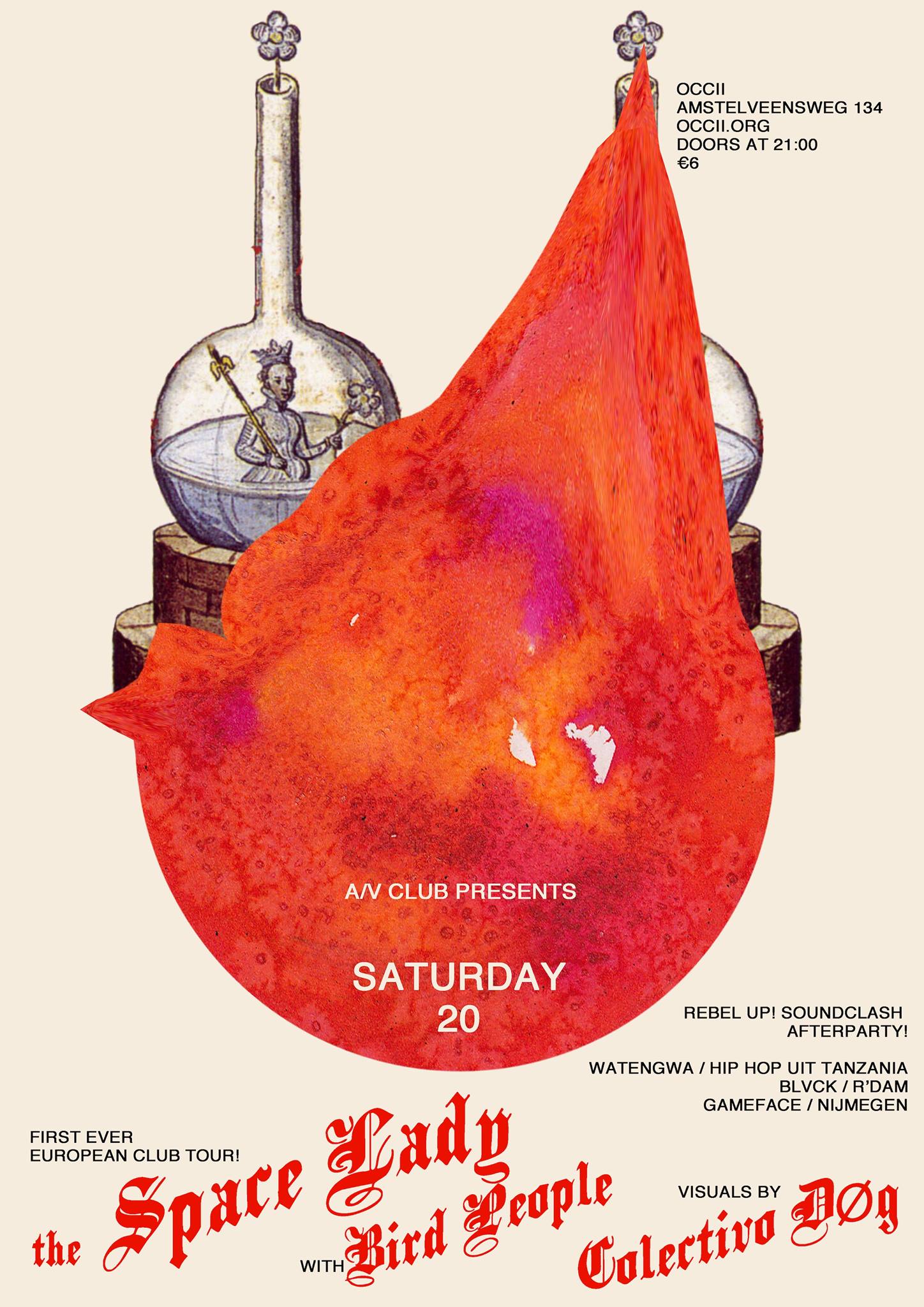 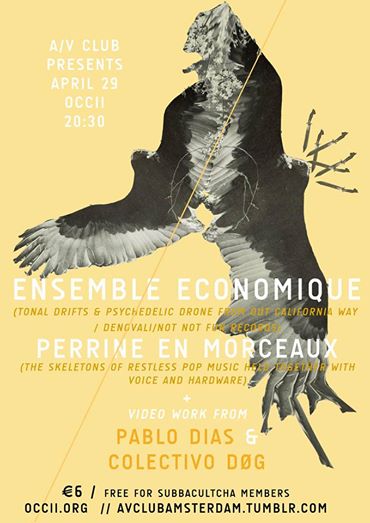 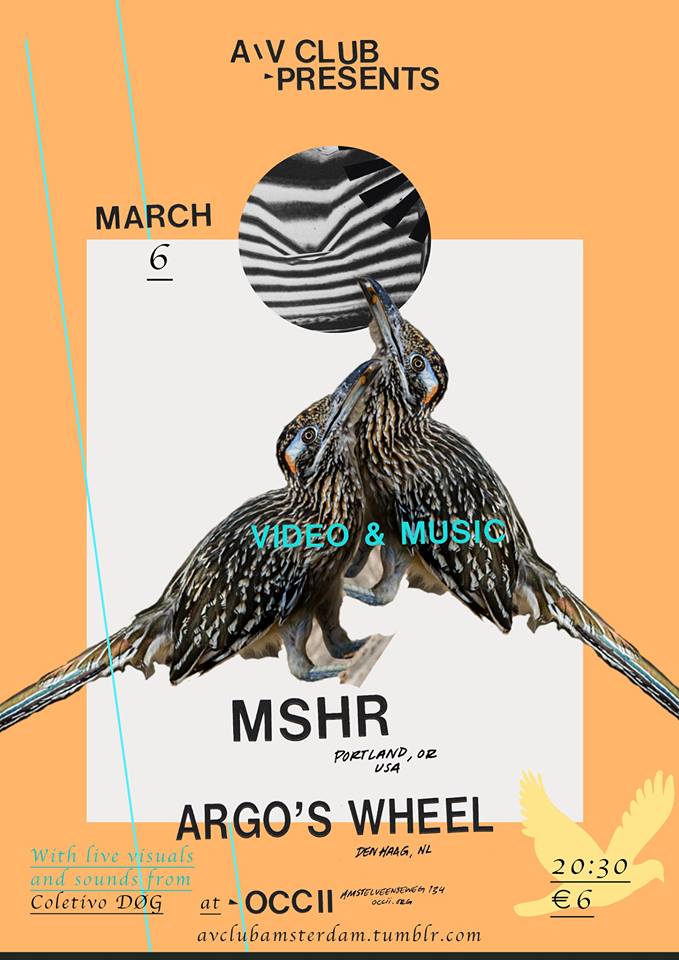 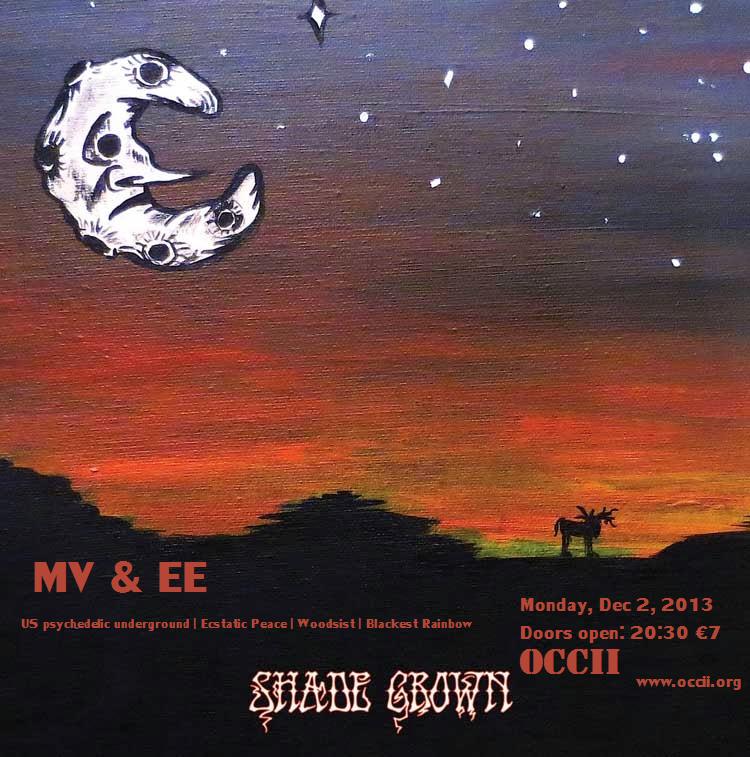 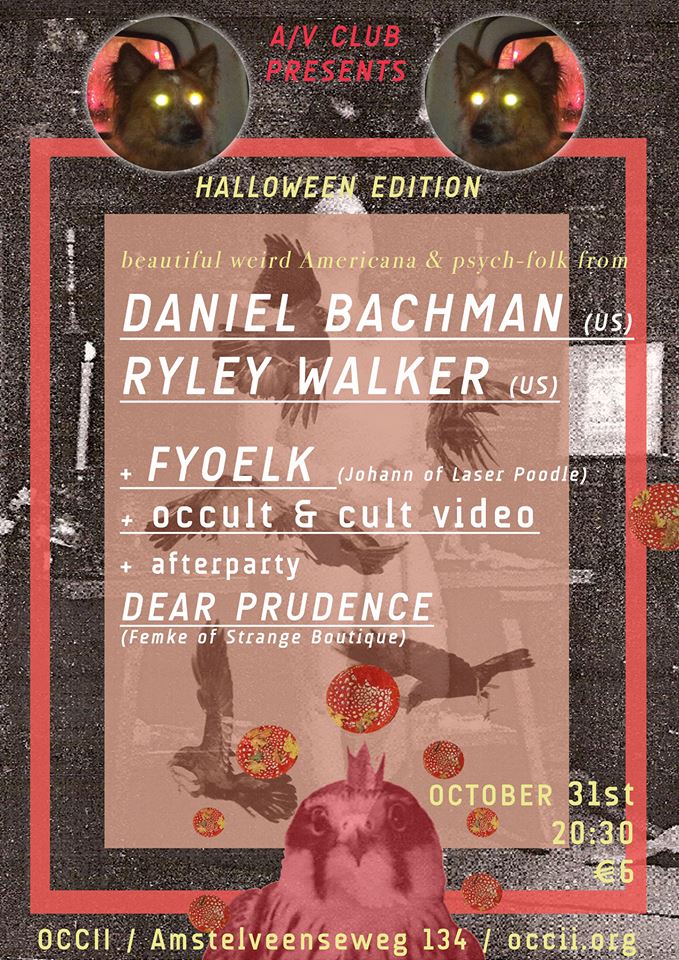 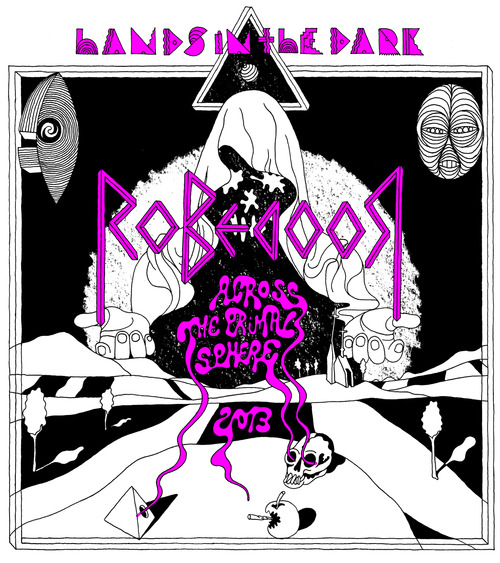 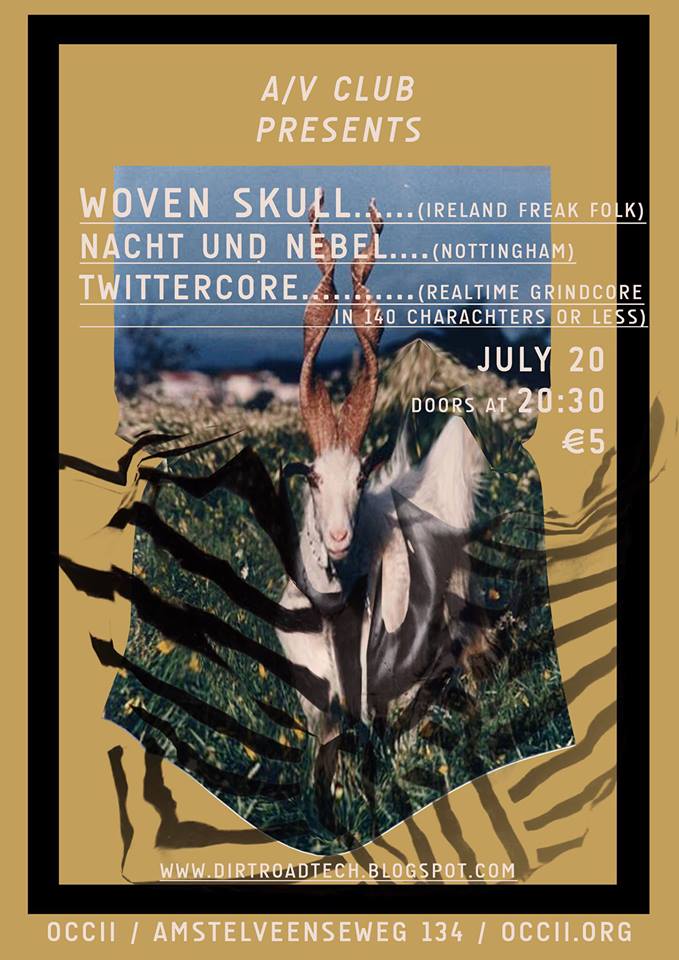 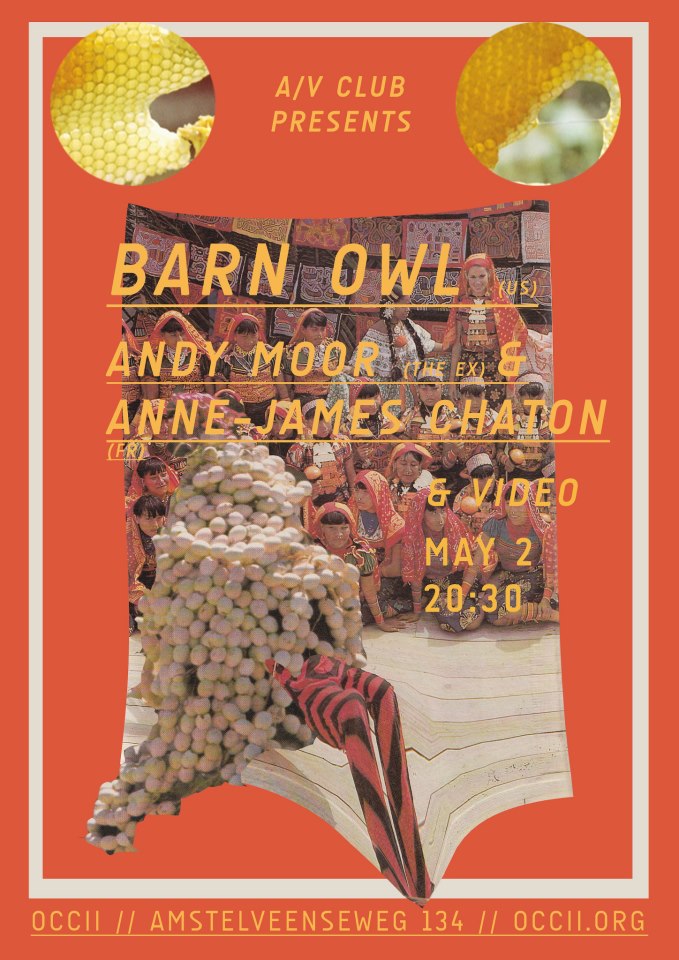