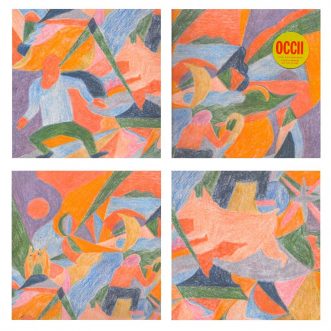 In times when every aspect of life seems to be a ‘product’, it’s difficult to imagine that for centuries music was made for a different reason. That music was a way for people to express themselves and their feelings about the world they lived in: their joys, their desires, their anger and pain, without an ulterior motive.

The musician and the author, the painter and the actor were the jesters and critics of their times, holding up a mirror to society. Or they simply added to the fun and the party atmosphere. But never on command, even though they were paid for their service. They held on to their freedom. For artists, freedom is the highest goal.

Much has changed since the industrial revolution and capitalism turned society upside down in the twentieth century. So-called ‘popular music’ no longer was spontaneous folk, jazz or classical tunes that just happened to become popular with the people, but became music created by the entertainment industry on the basis of templates for sentimentality and amusement.

Still, genuine folk music never completely disappeared. Real spontaneity always perseveres. Not only among the musicians but also among their audiences. And although many theatres and stages became part of the big commercial entertainment network, there will always be places where different music can be heard. Music made by free spirits, for free spirits. It happens worldwide and in an extensive network. In an interview, Zea and The Ex singer Arnold de Boer once described it as an international cultural subway system with stations all around.

Occii in Amsterdam is one of these stations, already for more than 25 years. It’s a free port for all kinds of music that don’t fit the commercial entertainment template. And it will be clear that they won’t be mainstream pop. It’s folk and grass roots music from around the world. It’s jazz and improvised music, rooted in freedom. It’s punk, based on anger and spontaneity. And that is precisely the music presented on this LP, recorded at Occii and other cultural oases in Amsterdam.

Like freedom, music doesn’t have constraints. The record opens with Zea and Afework Nigussie, a Dutchman and an Ethiopian, singing a topical American folk blues song from the early twentieth century. Then Les Filles de Illighadad from Niger and Ghanese kologo champion King Ayisobo take over, simply to prove that music is a language that is understood around the world.

Improvisation-based rock band Kurws from Poland presents a piece from their album ‘Alarm’, anticipating the B side of the LP, which opens with a fifteen-minute explosion of energy and creativity by Cinema Soloriens. Filmmaker and musician James Harrar and Marshall Allen – the cosmic Sun Ra’s musical right hand for almost half a century – with the help of a few more like-minded souls aim straight for the stars in ‘The Man who Married the Moon’.

The record ends on some drops of healthy, undiluted punk. Rhode Island’s Dropdead and Dutch veterans LäRM with former Rondos frontman Johannes ‘Red Rat’ van de Weert as a guest singer. ‘Every day is a new start’ says Rooie Waas’ Gijs Borstlap. It’s something to remember. Like Dropdead singer Bob Otis’ words on this LP: ‘If one voice can change the future, then what can a hundred voices do? Or a thousand?’ In other words: Do It Yourself, All Together. 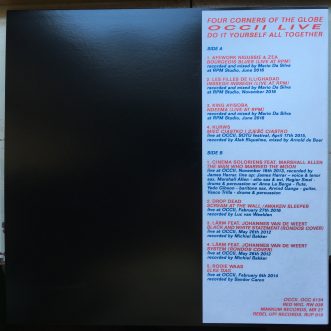