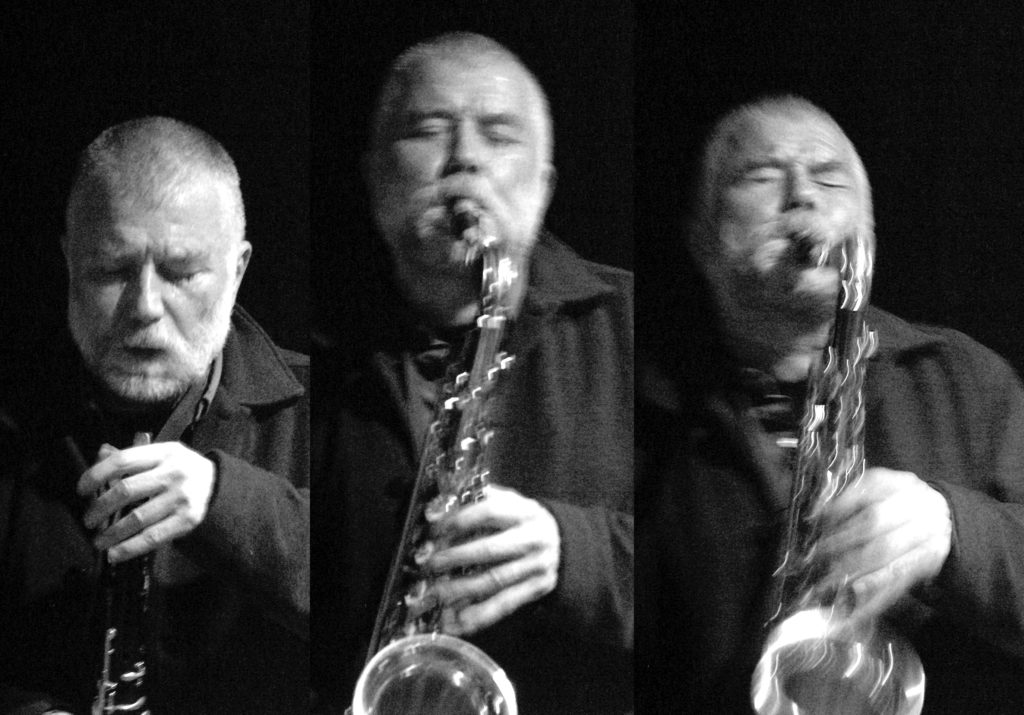 Your best known record Machine Gun (1968) performed by the Brötzmann Octet* turned 50 this year! That’s some time ago 🙂 Cien Fuegos/Trost records did a rerelease plus a second album w/ Alternate Takes, is there more to follow?

TROST record published already a selection of my work from the 70ties on, among others the trio with Fred van Hove/Han Bennink, the duo with Bennink, the ‘Schwarzwaldfahrt’ with Bennink. And a lot more is planned for the near future. But there is not more music from the MG ensemble.

What is your favorite documented music from your own repertoire?

From the older ones the SCHWARZWALDFAHRT, from the newer ones CROWMOON with Heather Leigh – but it’s changing all the times.

How about your most special non-documented music moment? Can you describe it?

What is your experience playing in Amsterdam? Do you have a story related to performing in A’dam city?

Amsterdam has a special place in my heart (not the todays -Amsterdam anymore). My first visit to Amsterdam was when I was 14, and I strolled through all the museums I could find. In my time at the art school in Wuppertal, Amsterdam was my/our weekend target. If we had a bit of money we bought beer and bami and included a visit to Haarlem or other beaches. To get out of the dusty Adenauer republic and to breath the fresh Amsterdam mit, that was something.

The first musician I met was Misha Mengelberg when I was performing with the FLUXUS group and was setting up a Nam Jun Paik exhibition at AMSTEL 47 . Willem de Ridder was involved. That was 1961 or 1962. Misha was playing with his 4tet at the Scheherazade, near Rembrandts plein
and I was impressed.

Around 1966 the German Army wanted me but I didn’t want the German Army. So with help of a friend, her family owned a house at Kalkmarkt 6, I established a little Kamer under the roof, in case I had to leave my country. I didn’t have to because at the last moment we won our court-trial, but I kept the place for some years. And there it was where I met Willem Breuker and Han Bennink the first time. Since than we developed a fruitful collaboration and even a solid friendship.

With Han I am still working together and it always is a pleasure. Over the decades I have played in a lot of places, was familiar with all the BIM-houses, for some years a member of the ICP-Orchestra, played in various Mengelberg-theater-productions and so on…. a wide range, you can see why Amsterdam plays an important role in my little history.

The music you play is highly intuitive, when do you think you’ve got it right? How can you feel it when music is sincere?

I don’t know, each night is different, a new challenge, some nights it’s working phantastic other nights, naja, not so well but whatever/whenever you always try your best. Have to.

Your artwork looks just as powerfull and direct as your music! What are the differences and parrallels between these ways of expression? Do you still get time to make artwork?

Let’s stay with the difference: The art you do alone, music you need others. 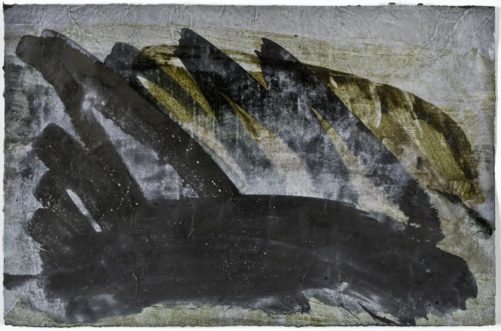 You’ve played with so meany great musicians throughout different time capsules and movements (Fluxus, etc.) What changed for the good and the bad in the music world?

That’s a too wide field to discuss it here. What I can say is that the guys with balls are dying out. What comes next are thousands of students out of the conservatories – with a all the same education – trying to find a space on the market. With all their knowledge they have nothing to say and the music sounds like it.