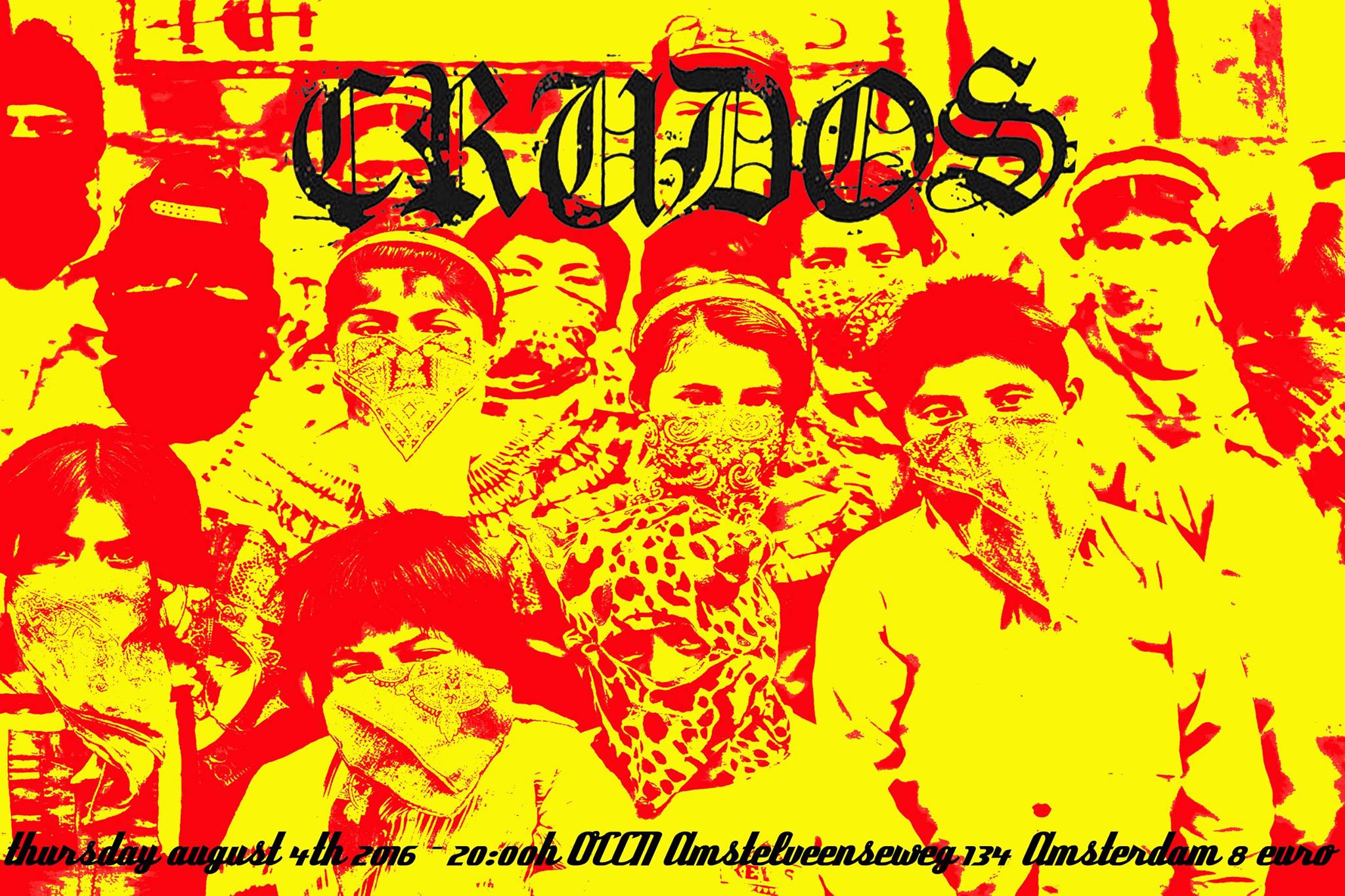 Punk, Anarcho-punk, Hardcore, D-beat, Crustpunk, Powerviolence, Fastcore, Grindcore. Just some labels people use for different interpretations of punk. Different styles and mostly somewhat different scenes. Let’s shine a light on the bands the bands that are gonna share the stage at OCCII on August 4, 2016.

Personally i consider Los Crudos as fast hardcore. The band is deeply rooted in the Chicago hardcore scene, and consisted mostly of members with a latino background. They were politically outspoken on a lot of themes and issues and not afraid to speak out. In the 90s the Chicago scene was very active and a lot of bands popped up. Crudos’ singer is running Lengua Armada records which was involved in releasing a lot of local bands. Crudos started in 1991 just to quit in 1998. During that time they were an important factor in the Chicago hardcore scene. Their releases and the Lengua Armada releases all have a recognizable style in presence. They toured Europe extensively in 1996. Twenty years later they’re back in Europe for a short tour.

Boycot hails from Alkmaar. They started a little later then Crudos but lasted a little longer. They took a big stance against the poppunk of Epitaph kinda record labels that were booming halfway the nineties. A lot of its members were really active in activities around Parkhof, a great venue in a park in Alkmaar. They played a lot all over Holland but also the rest of Europe and the US. Boycot was everywhere. Musically they released a lot of records of which quite a slew with bands from Japan. Just like Crudos they are back with a message!

Generation Decline is a newer band from the Washinton DC area. They describe their music as politically charged punk. And that’s what they play. The DC scene seems to be pretty vibrant and the last few years there’s the Damaged City Fest at which bands all over the world perform.