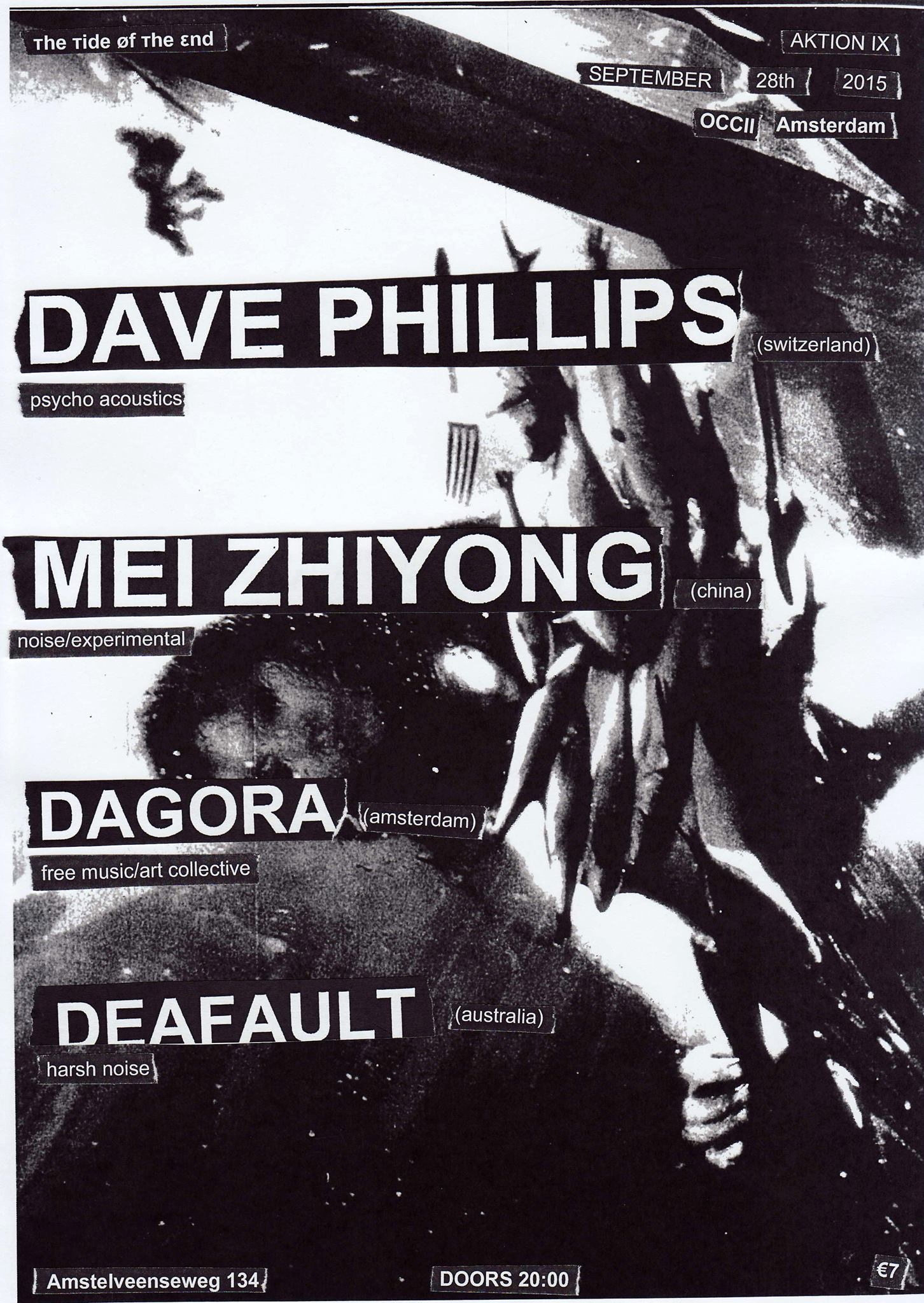 The ninth [ттøтε] AKTION will showcase a diverse selection of experimental music ranging from harsh noise to improvised music and video performance.

We’re delighted to welcome back one of the most captivating and inspiring performers active these days. Dave Phillips (dp) has been a purveyor of radical sound since the mid 80’s, as a founding member of the influential Fear Of God (1987 – 1988) and since 1991 as part of the Schimpfluch-Gruppe (with Rudolf Eb.er and others). Working solo since 1987, dp has developed a unique sonic language typified by sharp compositional techniques as well as strong environmentalist connotations. dp is based in Zürich, Switzerland.

Mei Zhiyong / 梅志勇 (*1984) pursues a physical form of sonic rapture, an explorative mind with the body as a tool pushing the limits, seeking a liberating nothingness beyond logic, found in coarse actionistic or quietly manic outbursts, in dizzying electronic soarings or in following unknown traces in field recordings. Mei Zhiyong also directs and shoots independent short films, works with photography and is part of the nojiji collective. he was born in shandong province and lives in changchung city, china.

DAGORA is back from the dead. Local Amsterdam free music and art collective with madness just a few inches away. Two drummers and one madman with a suitcase of self made electrical goods. Varying from the quiet bells and echoed vocals of the mountain dreamers to the noisy interference of the satellites in the sky’s, cymbal wash, circuit bent toys, snare drums, leads and sockets, clicks and thuds all co-exist, sometimes fighting, in this our world of sound. Or maybe (probably) something completely different.

Harsh noise texture and musique concrete by Michael Ellingford, est. 2013. A cutting-edge solo harsh noise act on the verge of gritty DIY aesthetics and intricate, complex sound design. Having gained international attention with his previous act AREYFU, Michael Ellingford has taken his masterful craftsmanship to the next level.

Tickets are 7 euros, they will be available at the doors. A special ticket can be purchased for 12 euros which is then also valid for the show on the 5th of October (Hive Mind, Oil Thief, Venerence, Clamor).