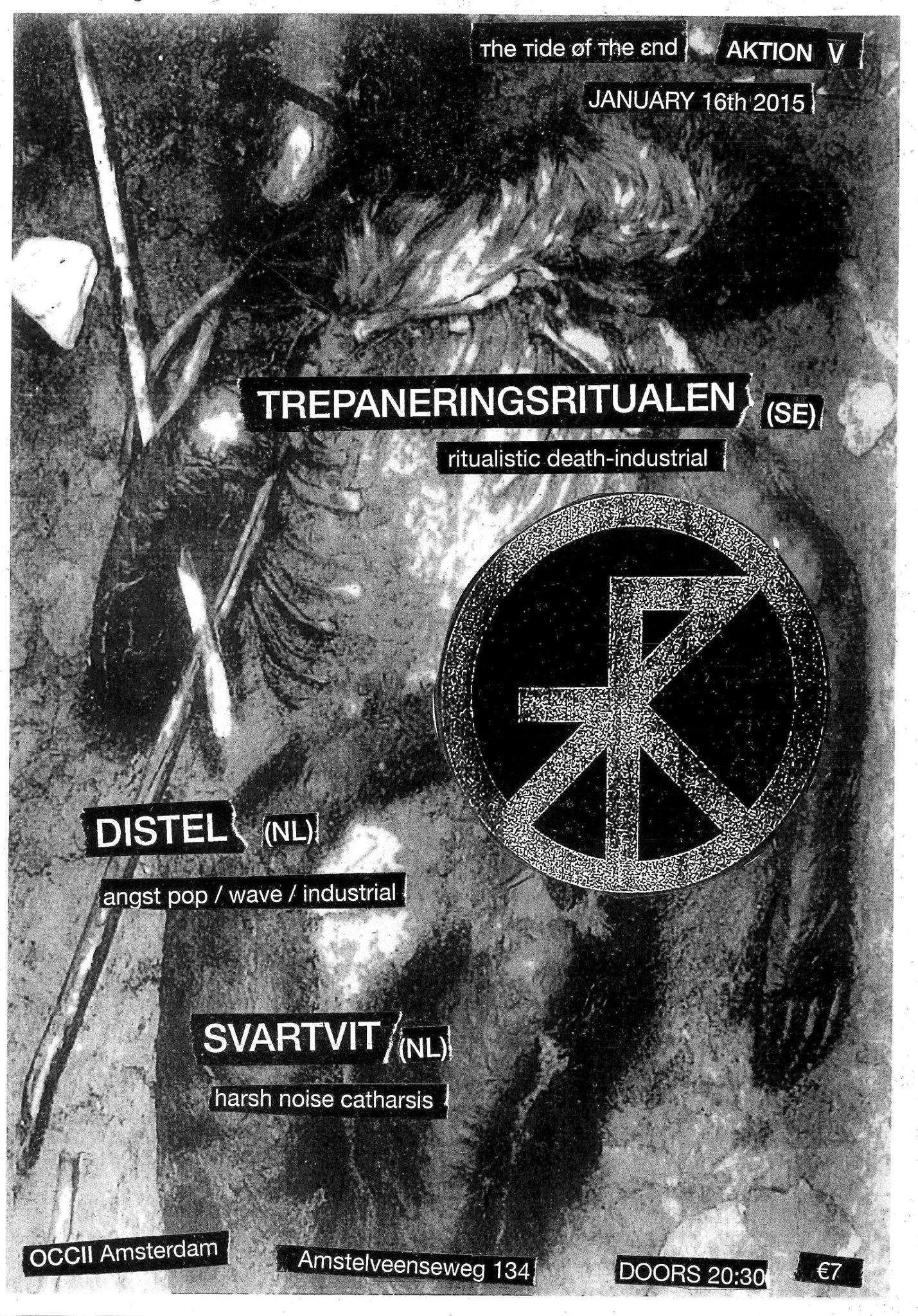 Trepaneringsritualen (abbreviated as T × R × P) explores themes of religion, magick and the occult realms of consciousness, taking its musical cues from the old school of ritual ambient & death industrial. Rhythmic and seething at times, and oozing forward with a creeping sense of desolation, T × R × P conjures forth bleak but mesmerizing visions of the end-times.

As one of the most exciting projects in noise/power electronics right now TPR has quickly made a name for himself with his distinct brand of death industrial. A truly frightening experience in person. We’re happy to bring him back to the Netherlands after his memorable performance at Incubate last september.

Formed in 2006, Distel is a musical outlet of Æter, one of the monikers of Dutch composer Peter Johan Nÿland – and Scramasax, a percussionist who has been involved in several other Dutch bands. They play ‘angst pop’, which is sometimes reminiscent of the output of German label Galakthorrö, that was the first to actually coin the term as a genre. Other references that often pop up are British avant-gardists Coil, owing to a seemingly similar experimental approach in their work; the Dutch ULTRA art movement; and genre-wise: minimal electronics, cold wave and industrial.

Svartvit is a Dutch project that breaches the gap between harsh noise sound experimentation and performance art. It was founded in 2008 by sound artist Kevin Jansen and is currently residing in the city of The Hague, The Netherlands. A very personal and emotional presentation of a troubled mind, overtaking and often physical.

Tickets are 7 euros, they will be available at the doors