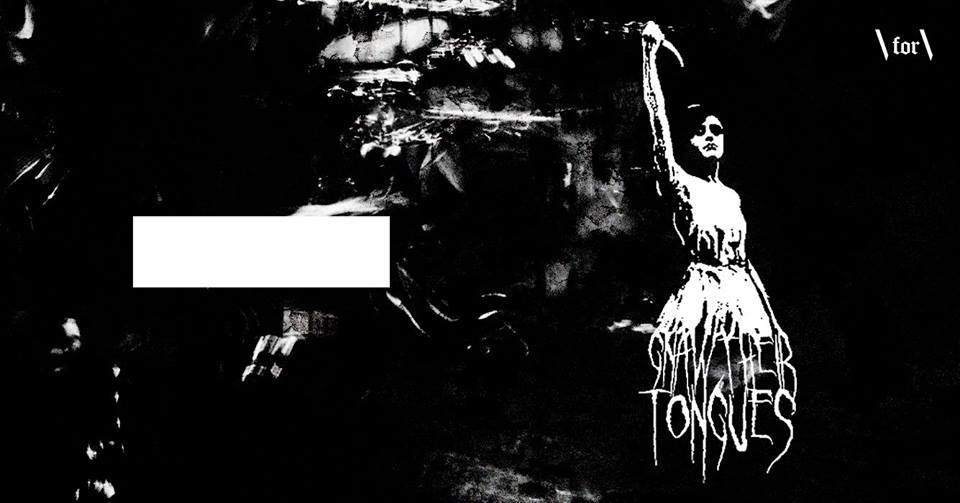 ██████ (nic)
Nic, or ‘nothing/null/none’ in Czech, is a post-black metal band from Pilsen, Czech Republic. This unnamed five piece, immersed in obscurity, create their own unique blend of black metal by combining influences that range from ambient/drone to screamo. With only a demo EP, a split with Old Soul (RIP) and one single in their pockets, their monolithic, atmospheric black metal got them to be invited to support bands such as Russian Circles, Amenra, Deafheaven and Downfall of Gaia, and play festivals such as Fluff Fest (3x) and (We Built The World And Miss The Stars) Fest.
http://www.wedonthaveaname.bandcamp.com/

Gnaw Their Tongues
Their dark, misanthropic industrial/drone/black metal soundscapes pushes the boundaries of what can even be considered music at all. The one-man studio project of M. De Jong started in 2004 and later went on to become a live act ten years later. With over 40 releases and counting, and having played festivals such as Maryland Death Fest, Le Guess Who? and Roadburn Festival, Gnaw Their Tongues’ abrasive hell sounds are a force to be reckoned with.
https://gnawtheirtongues.bandcamp.com/