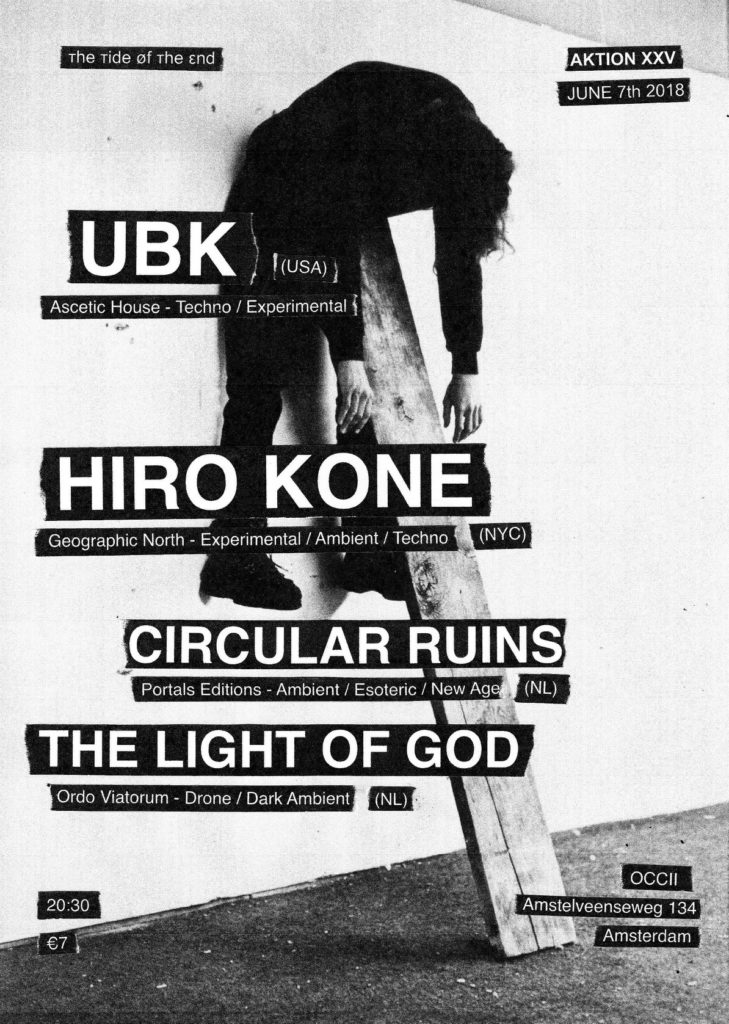 Hiro Kone is Nicky Mao, a New York City based musician and producer. Her full-length LP “Love Is the Capital” was released May 26, 2017 on Geographic North.

In 2014, she released two EPs back to back. “The Unmoved Mover” (Group Tightener), seen as an extension of her previous Self-Titled EP (Bitterroots, 2012) it envisioned the factions and movements in the human psyche and soul from an indivisible prime source. While, “Fallen Angels” (Geographic North), sourced Mao’s earliest memories of childhood in Hong Kong, repurposing vibrant fragments of the past through a disorienting array of sonic imagery.

Hiro Kone has participated in several collaborations, including a live score for Cinema 16 at The International House of Philadelphia (2012), “A Raga for Moog and Violin” with Arp (released 2016 on Geographic North), and for David Van Tieghem x 10 Fits and Starts (RVNG Intl, 2013). A collaborative album with Drew McDowall (Compound Eye, Coil) is due out early 2018 on Bank Records (NYC).

Circular Ruins is the project of Netherlands-born, Berlin-based musician and visual artist Marijn Degenaar (b. 1987), whose “arcane, wistful and wishful ambient soundscaping” have been described as embodying “electronic music’s potential for optimistic, dreamlike qualities” (Boomkat).

The name Circular Ruins suggests the cyclical nature of being and time and the atmosphere of his most cohesive release to date suggests a period of existential exploration; Touching on something eternal, conjuring images of fallen idols and ruined civilisations – past and present; an astral free-float through imagined eras and landscapes, as well as a hazy reflection on the cracked mirrors of the now and even hints at the inner turmoil of a cyberpunk dystopia.

Breda-based musician Jeroen Holthuis has been active in various projects over the past few years (Ordo Viatorum, Onont Kombar, Celephaïs, DJ Down The Rabbit Hole). Tonight will see the return of possibly his bleakest project, The Light Of God. Dark slabs of noise and minimal synth manipulations. Heavy, suffocating, intoxicating funeral dirges.

CIRCULAR RUINS, HIRO KONE, THE LIGHT OF GOD, UBK
NO PRESALE, TICKETS AT THE DOOR, CAPACITY 250
Posted in the тide øf тhe εnd