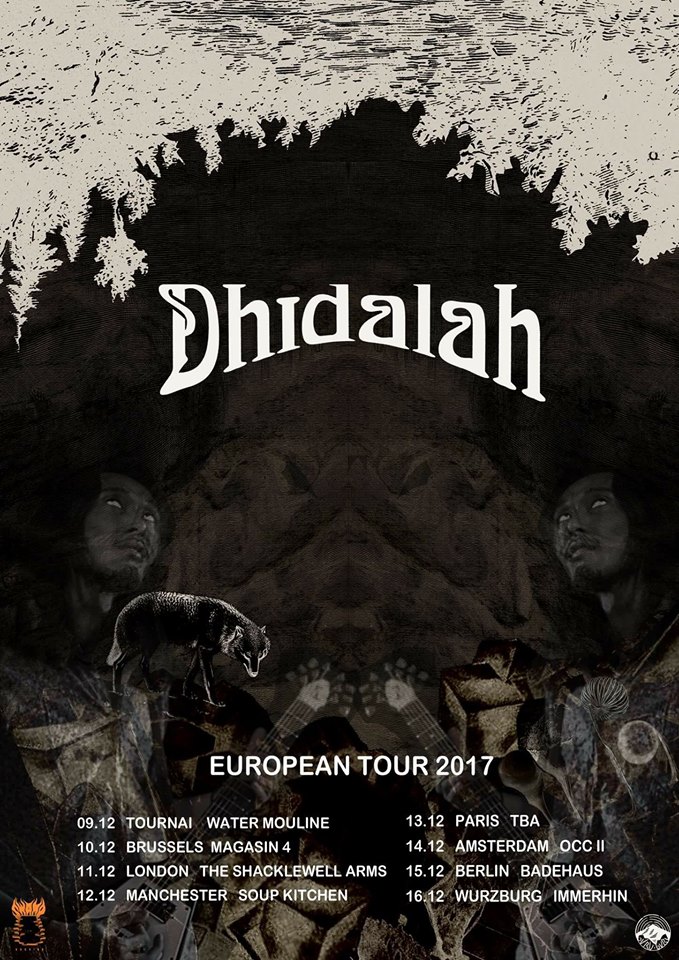 We’ve got the disasterous news that DHIDALAH is cancelling their tour because of shit at the border.

‘This morning at the airport on their way out the drummer of the band of russian citizienship has been not allowed to leave due to some issue with his visa and passport. This terrible situation forces the band to cancel their upcoming tour.’

This means that we unfortunately have to cancel this show. We’re extremely sad because of this and sorry to everyone that was looking forward even the slightest amount of how much we’ve been looking forward to this evening.

We also want to stress out how much we hate borders. Borders ruin shows, and worse; borders kill.

Dhidalah started in 2007 as an instrumental heavy psych trio from Tokyo (Gotoh/Ba, Konstantine/Dr, Ikuma Kawabe/Gt). While Ikuma was playing as a guitarist for Church of Misery, the trio discovered a connection between music from different genres. Their sound reveals that connection, which is often described as space kraut rock meets heavy doom.
The group’s music allows you to float high above the atmosphere as well as sink to the lowest depths of the ground.

SUPERSONIC BLUES (Den Haag, Who Can You Trust?)

Emerging from the same musical underground that spawned the classic acid blues rock of Orange Sunshine, a new generation on the rise is bringing us the first offering of SUPERSONIC BLUES, a young band from The Hague. Inspired by the late 60s/early 70s blues, funk and soul, there’s no doubt they had to take the shortest and best way into the halls of Motorwolf Studios, The Hague, led by Guy Tavares of Orange Sunshine / Motorwolf Records. What came out is a debut of old school garage blues and fuzzy acid rock in it’s perfect tonal and physical form!