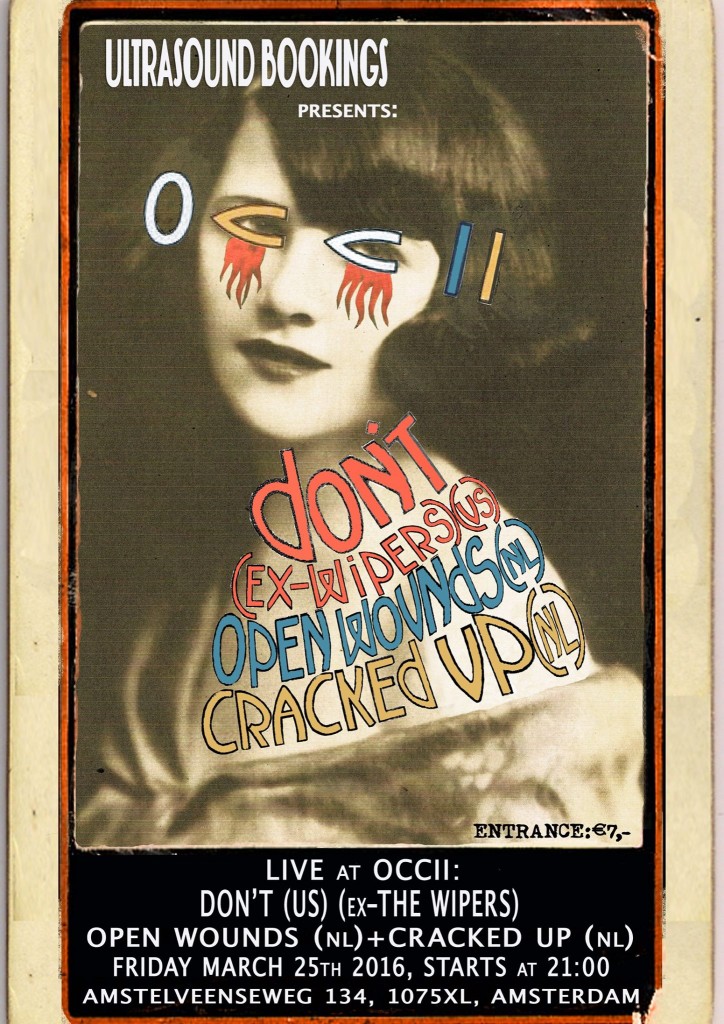 DON’T stirs up a musical witches brew with powerful songs that defy easy classification; sometimes dark and eerie, sometimes punk and surfy, but always, always, melodic. Jenny Don’t (lead vocals, guitar) was introduced to drummer Sam Henry (The Wipers, Napalm Beach, The Rats) in 2009. Guitarist Dan Lowinger, along with Portland bassist Dave Minick (The Cosmetics, Napalm Beach) were roped in, and the result was a genre-blurring blend that opened a Pandora’s box of musical touchstones. DON’T self-released their first full length CD/LP ‘Away Away’ about a year later. We are super thrilled to have them back here for the first time since their only previous European tour in 2013. 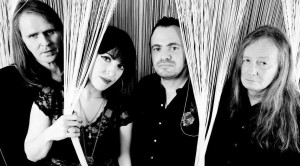 Along the way they released two more singles, and their sound stretched even further. Rooted in the same blues that are the foundation for almost all rock and roll, DON’T contorts that basic concept into something dark and mysterious.

Amsterdam based hardcore punk. They will be releasing their debut EP very soon!