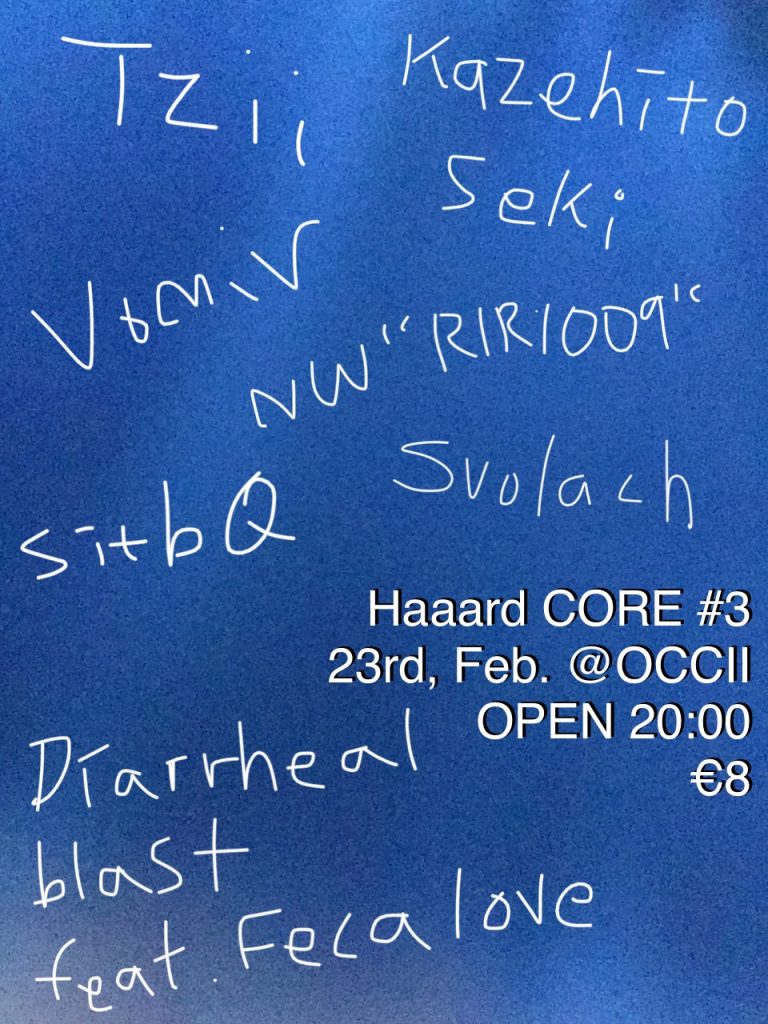 Self Toxication is his solo project which explores possibilities of extended voice techniques and their amplification through feedback and re-amplification processes. He has toured Southeast Asia, USA and all around Europe extensively, with Self Toxication as well as collaborations with numerous other artists, performers and musicians.

Born in 1980, imbued with an existential
desire to bring concrete music to performance.
For ten years, he has been conducting a free radio program,
called « A Propos de Minos », a weekly itinerant open stage.
He runs in 2010 his own label RoHS Prod, not fixed on any
one genre, style or approach of experimental music.
In 2012, with Gregory Henrion, he organized
the first edition of « Bruitisme » Festival.

Tzii
Since the 90’s Tzii, music composer and filmmaker, spreads his frequencies all over the world through touring from Eastern and Western Europe to Australia, passing by USA, South-East Asia, Canada, Japan, Indonesia and Africa, where he played hundreds of shows….. “A mountain of multiple figures” as defined by Nyx … His main aim is to reach transcendance through sound trance, layering and looping to another dimension …… To do so he explores infinite different worlds and expressions, from music to performance or collective creations. One thing always remains in his works : they’re impossible to fit in any box. He’s part of several other projects like SOLAR SKELETONS, MS30, 1997EV, VIRIL and works also for dance companies, living performances, movie soundtracks and any other mediums with sound inside ….. He collaborated on stage or in studio with numerous other fellow musicians around the world and is currently engaged in a never ending world tour …..

Vomir is one of the pioneers of the “Harsh Noise Wall” and he defined the genre.
In it, noise is continuous, monolithic, and yet perceived differently by each listener. He uses walls of white noise to account for the feeling of confinement and isolation by sound.