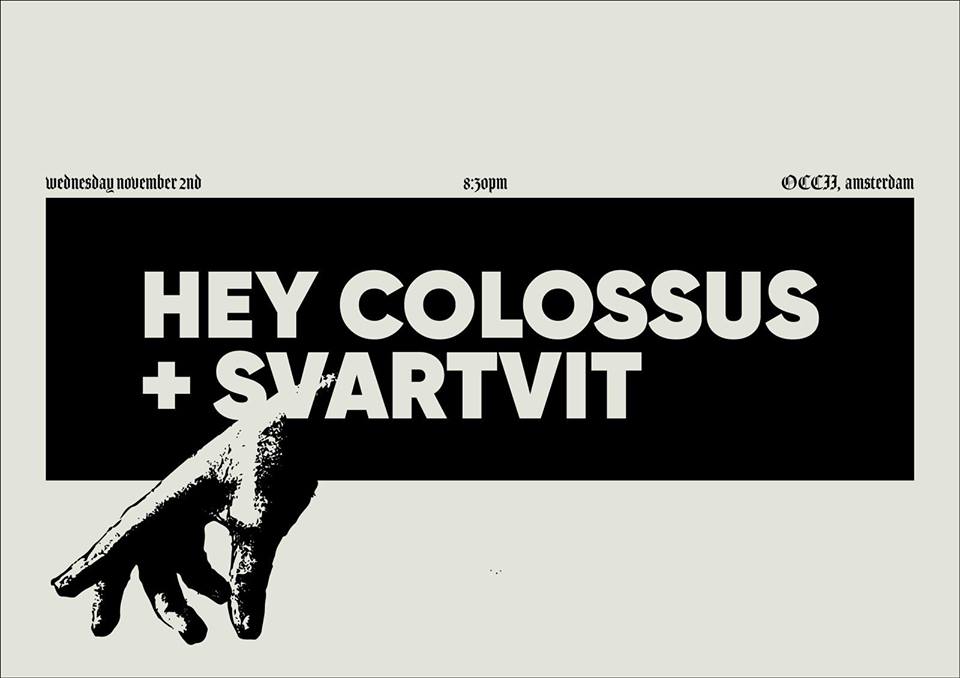 Initially lurching from the UK noise underground in 2003 like a bedraggled audial creature rendered from toxic waste in a VHS horror movie, the musical growth rate of Hey Colossus has been quite a spectacle to observe. Yet from the nightmarish murk of early driller-killer works such as 2004’s debut ‘Hates You’ and 2008’s ‘Happy Birthday’ to more recent nuggets of perversity like 2013’s ‘Cuckoo Live Life Like Cuckoo’, this beast has mutated and evolved into something uncommonly alluring.

The six-piece London-via-Somerset troupe began 2015 with February’s release of ‘In Black And Gold’ – in which the brawny repetition-driven raunch they built their sound on was furnished and burnished by dub-derived spatial awareness and cinematic drama, making it both a bold reinvention and an uncommonly compulsive avant-rock document. Yet not content with this, the band immediately set about following it up with their second album of the year, and one that further ups the ante on their savagely graceful assault. ‘Radio Static High’ is the sound of a confident outfit honing their attack to become a veritable force of nature.

With the band citing – tongue presumably firmly lodged in cheek – inspirations as diverse as Jane’s Addiction, Fleetwood Mac (Tango In The Night era) and Cypress Hill, songs were constructed at a fierce rate of knots, yet with a focus and intensity partly instilled by band members living hundreds of miles apart, and partly by the relentless passage of time. “We have noticed a small wave of incredible goodwill towards us. We want to give as we receive.” notes guitarist Jonathan Richards, whose chiming lead guitar plays a notable role in the album’s Paris,Texas-esque midday ambience..”Maybe the knowledge of our 12 years together makes us aware of our mortality. Time is limited. A band’s purpose is to create” 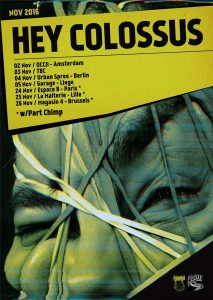 Songs took shape from demos, exchanged riffs and drunken text messages alike -one such from guitarist Bob Davis to Richards demanding an homage to Neil Young’s ‘Cortez The Killer’ resulted in a demo to that effect a mere 20 minutes later. which eventually became album centrepiece ‘Memories Of Wonder’. Elsewhere, ‘Hop The Railings’ takes the powerfully propulsive groove of Can and cross-pollinates it with Beefheartian interweaving triple-guitar skronk to make a heat-haze-dwelling juggernaut of intimidating proportions, whilst the closing double-drop of ‘Hesitation Time’ and “Honey’ hits like Joy Division repurposed for the soundtrack to True Detective.

“After 12 years functioning in a Noiserock/Doom/Kraut/whatever scene of sorts and being aware of unwanted repetition, we feel it is more subversive for us to compose songs with rigid song structures than it is to absentmindedly clang off another riff-athon.” Richards adds. Indeed, with all the bulldozing primal drive of heavy AmRep-style rock and none of the cliches, and a sound infused with leftfield sleight-of-hand yet hitting home like hammer to anvil, Hey Colossus prove themselves as potent as they are prolific. What’s more, ’Radio Static High’, in all its sunkissed widescreen glory, is set to leave most all their contemporaries eating their dust.

SVARTVIT
Svartvit is a Dutch harsh noise project that was started in 2008 by sound artist Kevin Jansen. Svartvit takes influences from a wide spectrum including but definitely not limited to; Vienna Aktionism, socio-political topics, underground punk music, Russian constructivism as well as his contemporaries like Sword Heaven, The Rita, Prurient & Vomir.