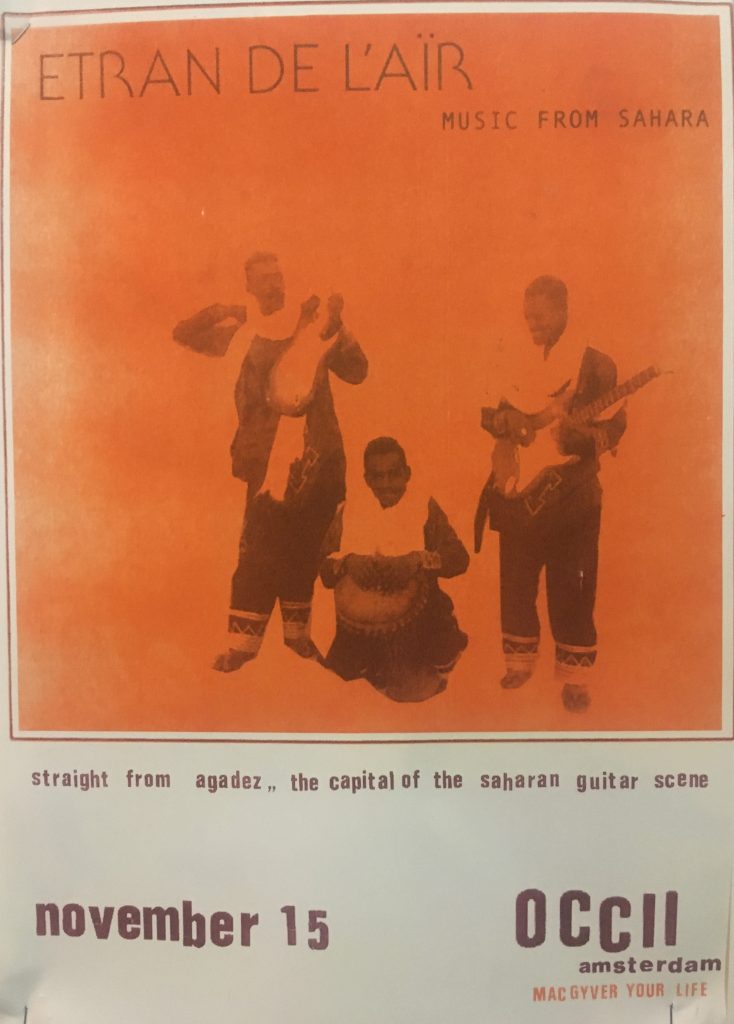 ETRAN DE L’AÏR (Niger / Sahel Sounds)
Etran de L’Aïr is one of the most respected bands in Agadez, the capital city of the Saharan guitar scene. Yet they are also a band that has remained on the fringes, stars of the Agadez working class. This changes in Fall 2021, as the band heads to Europe for their first-ever tour, including appearances at Le Guess Who and Festival Face Z.

Translated to “Stars of Agadez,” Etran de L’Aïr is one of the longest-running wedding bands in a city renowned for guitar. Constantly performing at outdoor weddings, both in the city and the surrounding countryside, Etran plays exhaustive concerts, late into the night. Even for a guitar band, they push the instrument to the extreme, with three guitars playing simultaneously, soloing over one another, creating a dreamy cacophony of sound. 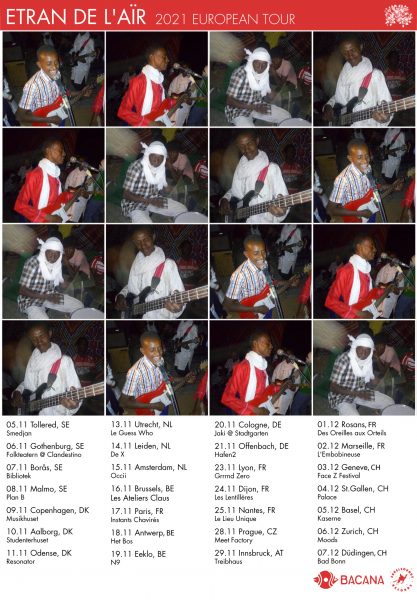 ETRAN DE L'AÏR
Bookings are closed for this event. 50 tickets will be sold at the door 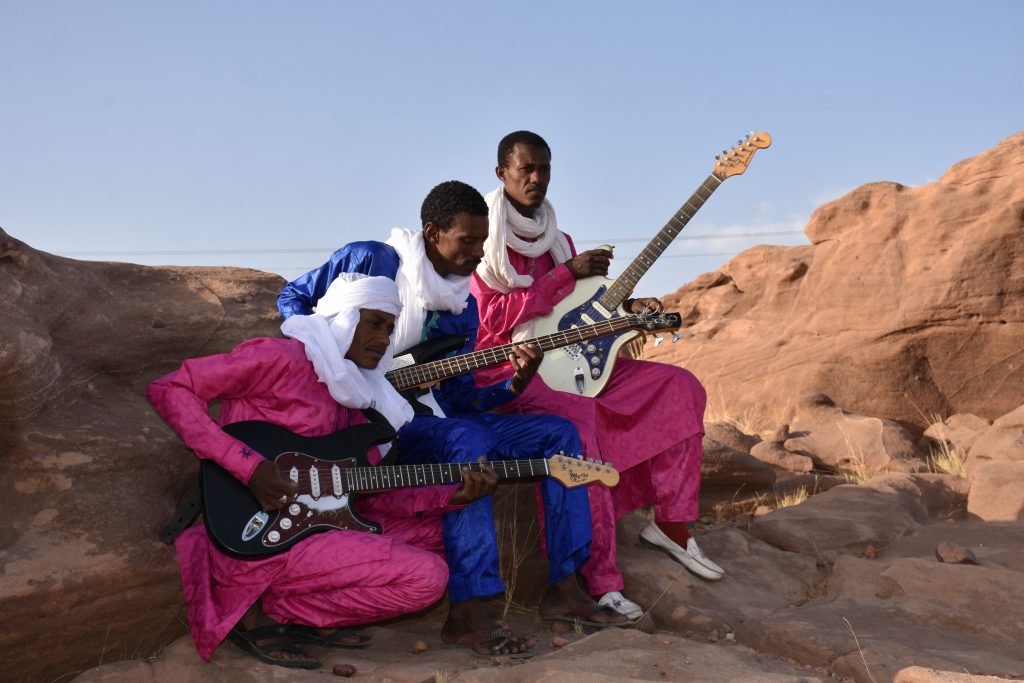 Within the circuit of wedding bands from « urban guitar town » Agadez, the family collective Etran de L’Aïr are probably the best known, yet they are also an ensemble that has remained for 20 years now on the fringes of success. Unique amongst their Tuareg peers, Etran play music that represents the multi-ethnicities of contemporary Niger. They incorporate desert blues, mande music, and even soukouss into their guitar-based compositions. After their debut in 2018, Sahel Sounds are about to release their second album this year.