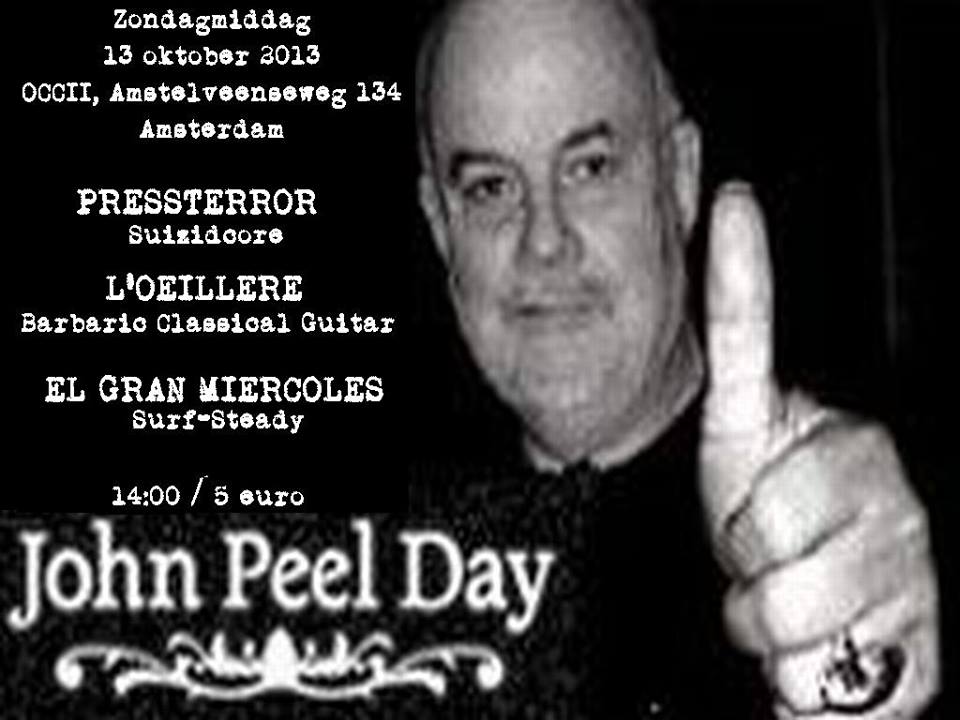 EL GRAN MIERCOLES (es)
Surf-Steady
This is Wild! This is Sexy! This is… …SURF-STEADY!!!
Four gentlemen from Valencia. Expect the best of both worlds: Augustus Pablo in Surf and The Ventures in Dub.
L’OEILLÈRE (brx)barbaric classical guitar
Gentleman from Brussels, using an acoustic instrument that draws a variety of sounds that could turn an electric guitar green with envy.
PRESSTERROR (de)Suizidcore (speedcore/splittercore/extratone)
Gentleman from Saarbrücken, Germany with beats so fast and distorted that they turn into streams of droning glitchery bordering on pure noise.
Pressterror abuses the listener with his raw, utterly violent strain of electronic music.

John Robert Parker Ravenscroft, OBE (30 August 1939 – 25 October 2004), known professionally as John Peel, was an English disc jockey, radio presenter, record producer and journalist. He was the longest serving of the original BBC Radio 1 DJs, broadcasting regularly from 1967 until his death in 2004. He was known for his eclectic taste in music and his honest and warm broadcasting style.

John Peel – part one of four

Andrew Stringer, a director of the John Peel Centre, said: “This is just the first step and a fantastic portal to give the career of John Peel the justice it deserves. 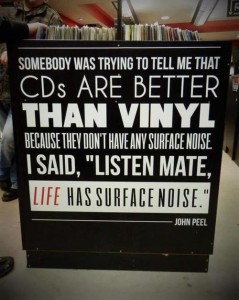 “Whether people listened to his shows or not, their social history has been influenced by him because nothing was deemed ‘out of the box’ and it encouraged people to expand their horizons.

“Would punk have been the movement it was without John? I very much doubt it.”