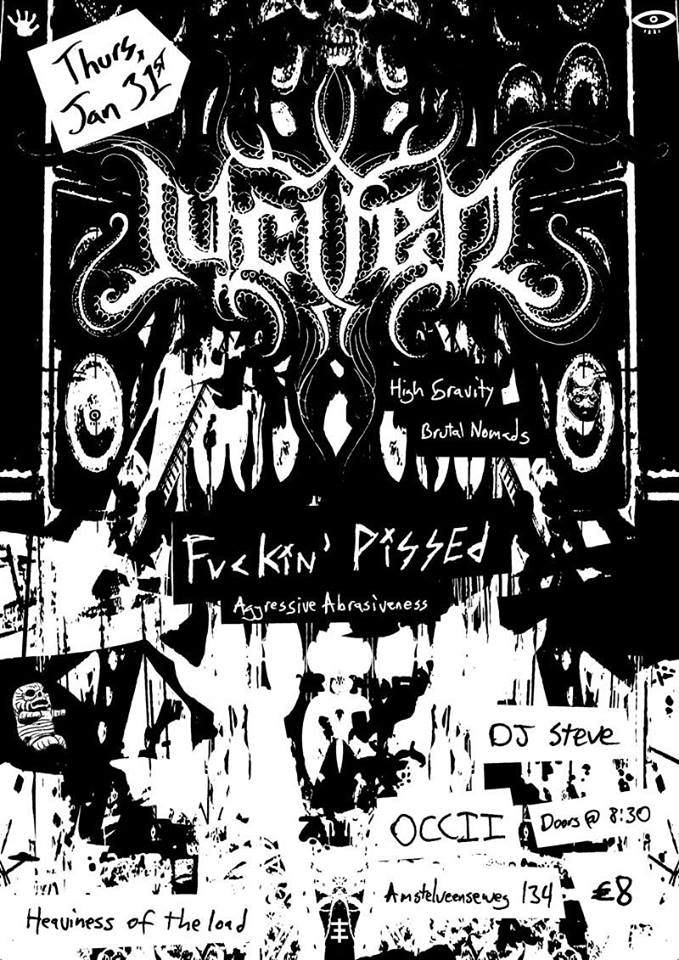 JUCIFER
American 2 piece, ALWAYS on tour and ear ripping since 1993.
25 years of annihilating ears and insides with their famous wall of speakers.
notoriously nomadic, live in their tourbus.
brutal onstage.
eclectic on record.
\m/ ALWAYS ON TOUR \m/

Jucifer shows are known for being extremely heavy and loud, blending elements of sludge, black metal, doom, death metal, powerviolence, thrash, crust, grind, drone, and noise with occasional psychedelic passages. The band has expressed distaste for conforming to a genre but has sometimes called themselves “deathdrone” or “sludgethrashdoomgrind”. Confining description of Jucifer to a single genre would truly be misleading, as within their live show they incorporate aspects of almost every type of metal, and on albums have been known to veer from shoegaze to grindcore to doom and folk within one side of a single LP. Live performances are ritual and cathartic. Valentine and drummer Edgar Livengood possess a rapt intensity and physical abandon as they play.

For Fuckin Pissed if you need a short blurb: Fuckin’ Pissed return to the warpath with the classic two piece line up after taking nearly a year off to rebuild their drummer. Chaotic hardcore pleasantly seasoned with heaviness and volume.