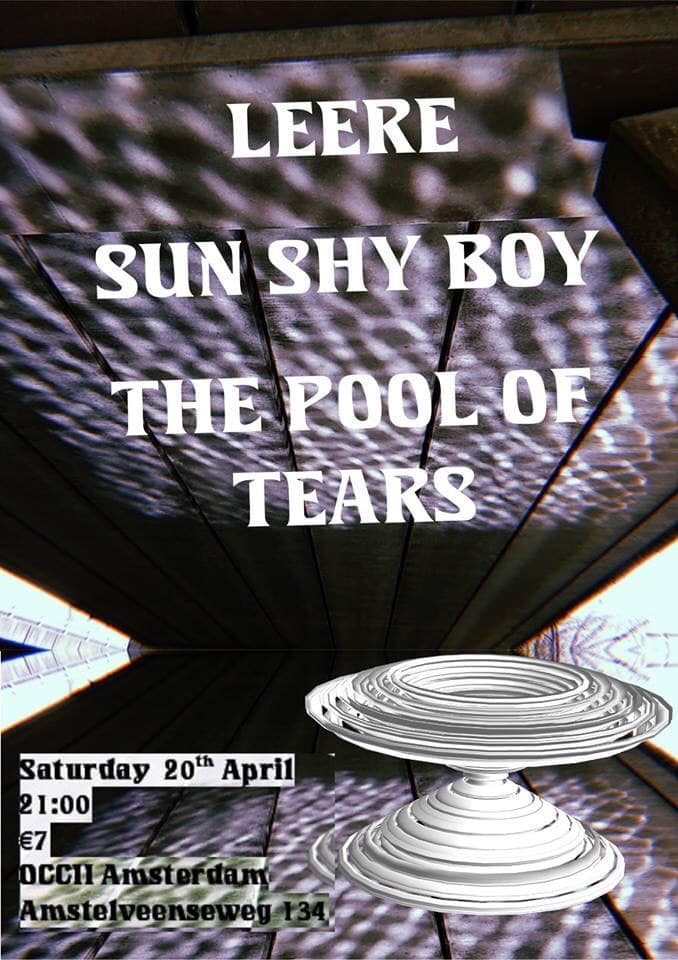 Leere (Berlin Coldwave)
https://leere1.bandcamp.com/releases
Russian born, Berlin based Daria Leere has been focusing on her solo career since disbanding dark wave-duo Monowelt. ‘Fragmented Identity’ is the title of her debut album, blending rough synthpunk and NDW-influences with cold wave pop and metallic clanging. Dry drum machine patterns and analogue synthesizers interplay with clever use of field recordings and the multilanguage voices of Daria and guests.

Sun Shy Boy (Amsterdam *genre*)
https://soundcloud.com/sunshyboy
Sun Shy Boy started when choreographer and composer Emile Lagarde started to dance professionally. To move everyday was to release the beast inside and inevitably express his emotional world trough music.He is looking for vitality and intimacy, melancholia not far to be found. Improvising on stage and in the studio makes it vulnerable and sensible. Bedroom recordings, analogue synthesizers and memo’s recorded on the phone go together with deep electronic productions.

the Pool of Tears (Almere Shoegaze/Post-rock)
https://thepooloftears.bandcamp.com/
The Pool Of Tears is an instrumental nedergaze, post-rock, blackgaze band from Almere, The Netherlands. Named after the second chapter of Lewis Caroll’s novel “Alice’s Adventures in Wonderland”. Formed in early 2017 by Gene Teysse. Inspired by many 90’s/00’s shoegaze, post-rock, coldwave bands like Slowdive, My Bloody Valentine, Mogwai, Chapterhouse, Ellysgarden & The Last Days.