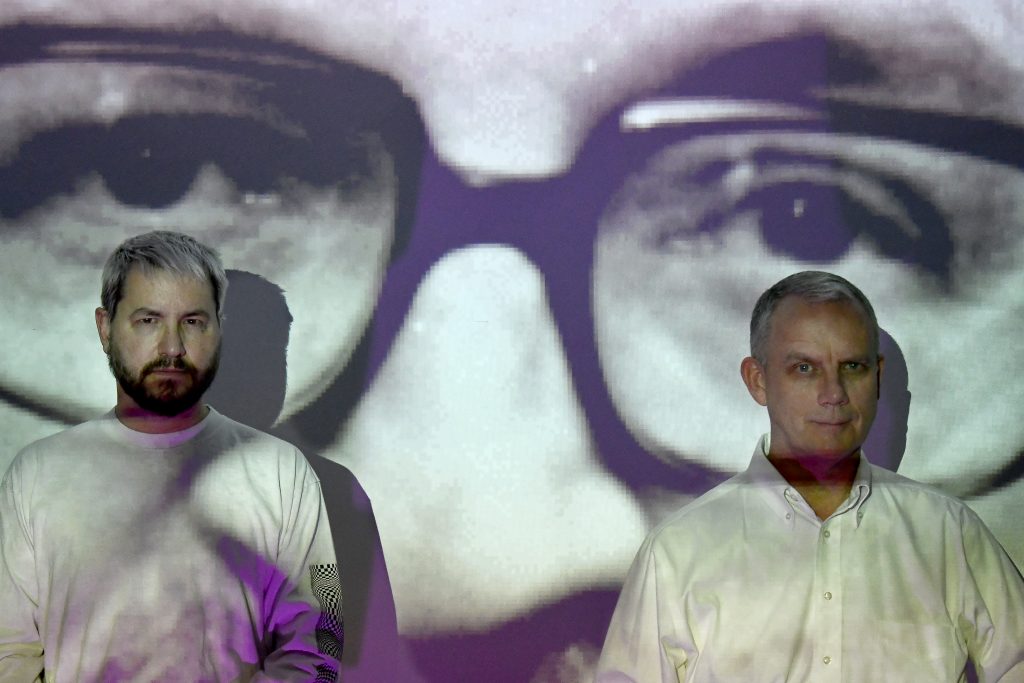 Sadly, one member of Matmos tested positive for COVID last night. The other two members of the traveling party have tested negative both last night and today. Because we are here and want to share some of our work with you while ensuring that we do so safely, for tonight’s purpose at OCCII the concert will be “Drew Daniel Plays the Sound of Matmos”, a program that will include a six channel presentation of the “Regards Boguslaw Schaeffer” material. M.C. Schmidt will not be present as he is recuperating. Any audience member who wants a refund will be refunded, please check your mail for details. We thank you for your understanding and your support.

Matmos’ practice of creative constraint has made them one of the most consistently exciting acts in electronic music. Having assembled 99 collaborators for their previous album The Consuming Flame, on their new album Baltimore-based electronic duo Matmos focus upon just one person: Polish polymath Bogusław Schaeffer. Celebrated in his native land but not widely known beyond, Schaeffer innovated for decades across the boundaries of classical composition, electronic experimentation, and radical theater in playfully form-breaking ways. At the suggestion of Michal Mendyk of the Instytutu Adama Mickiewicza in Warsaw, Matmos were given access to the entire catalogue of Schaeffer’s recorded works to use as they saw fit. Neither performances nor remixes, the resulting encounters between past and present take tissue samples of DNA from past compositions and mutate them into entirely new organisms that throb with an alien vitality. What emerges across this suite of eight new songs is a composite portrait of the utopian 1960s Polish avant-garde and the contemporary dystopian cultural moment regarding each other across a distance.

Flight to Sodom / Lot do Salo

Like the anagrams of the letters of Bogusław Schaeffer’s name that were re-assembled to create some of the song titles, the album itself is a musical re-assemblage of component parts into possible but unforeseen new shapes. Adding harp from Irish harpist Úna Monaghan, erhu, viola and violin from Turkish multi-instrumentalist Ulas Kurugullu, and electronic processes from Baltimore instrument builder Will Schorre and Horse Lords wunderkind Max Eilbacher, the resulting arrangements constantly toy with scale as they move from the close-mic-ing of ASMR and the intimacy of chamber music to the immensity of processed drones and oceanic field-recordings that close the album. Offering a “life review” of production styles, Regards / Ukłony dla Bogusław Schaeffer builds temporary shelters out of the panoramic wreckage of modernist composition, sixties tape music, seventies dub, eighties industrial music, nineties postrock and dark ambient, 2000s era glitch fetishism, and contemporary post-everything collage sensibilities.

The contrary poles of humor and morbidity for which Matmos are known show up on the album’s distinct sides. Balancing structure and texture, side one of the LP is spiked with plunderphonic surprise edits and unexpectedly pop pleasures, while side two opens out into more extended, sprawling and ominous forms. On the opening track “Resemblage / Parasamblaż” the choral harmonies and analogue electronics of Schaeffer’s work jostle against distinctly contemporary sub-bass drops and spiky high-end fizzes. But just as often historical dividing lines seem to blur, soften or melt, as when “If All Things Were Turned to Smoke / Gdyby wszystko stało się dymem” cuts and refolds fragments of harp and aquatic musique concrète from Schaeffer’s 1970 composition “Heraklitiana” into a faintly swinging polychronic elegy. Throughout, nostalgia is repudiated in favor of creative re-use.

To facilitate the transcultural exchange that is the album’s essential premise, all song titles and liner-notes are provided in both English and Polish. The album was mastered by Rashad Becker and features illustration and design by Robert Beatty.

The Quietus have picked Matmos’ Regards Bogusław Schaeffer as their album of the week, with a lengthy positive review by Kevin O’Rourke:
https://thequietus.com/articles/31530-matmos-regards-ukony-dla-bogusaw-schaeffer-review

The album was reviewed in the most recent print issue of The Wire (issue 460, June 2022, which just landed), with a glowing write-up from Leah Kardos. The page in the reviews section also features a photo of the duo alongside the review. I have quick scans attached, and I should have the PDFs soon.
“Reformed, reassembled and woven into new musical textures and sonic fabrics, Regards Bogusław Schaeffer makes use of Schaeffer’s sounds in anarchically, colourful, elaborately playful, impressively chaotic ways.”
“[Regards Bogusław Schaeffer] creates a fascinating dialogue across time and space, between technologies, cultures and centuries.”

“One can’t help but be in awe of the production mastery on display and the confidence with which Matmos have turned a man’s creative remains into a freshly expressive musical instrument.”

Bandcamp have published a lengthy deep dive into Matmos’ catalog, which includes a write-up of the new album:

https://daily.bandcamp.com/lists/matmos-album-guide
“No matter what sounds these partners in life, love, and avant-garde head-fuckery choose to grind up, Matmos albums are defined by their deft musical technique, always amounting to more than the sum of their endlessly surprising parts.”

“Artistic passions, histories, friendships, fears, and moments of incredible chance—listen close, and you can hear so much more in Matmos’s work than simply the things you can see or touch.”

MATMOS, RAZMOTCHIKI KATUSHEK
Bookings are closed for this event. No tickets will be sold at the door 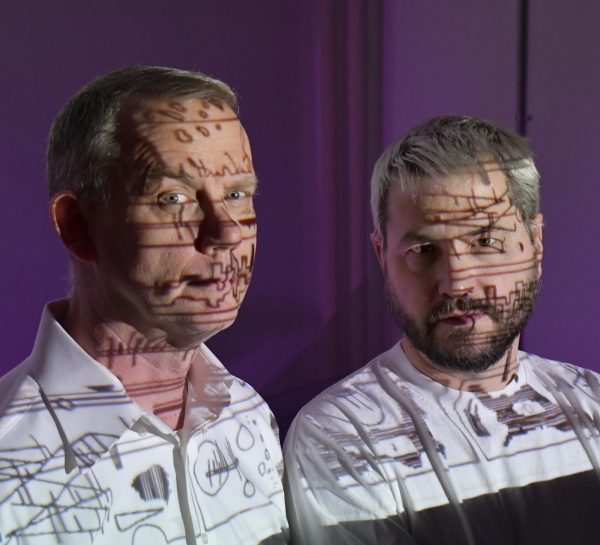 Matmos is an experimental electronic music duo originally from San Francisco but now residing in Baltimore. M. C. (Martin) Schmidt and Drew Daniel are the core members, but they frequently include many others on their records and in their performances.

Since their debut, Matmos have released over nine albums, including: Quasi-Objects (1998) , The West (1998), A Chance to Cut Is A Chance to Cure (2001), The Civil War (2003) , The Rose Has Teeth in the Mouth of A Beast (2006), Supreme Balloon (2008) and The Marriage of True Minds (2014). In 2001 they were asked to collaborate with the Icelandic singer Bjork on her “Vespertine” album, and subsequently embarked on two world tours as part of her band. In addition to musical collaborations with Antony/Anohni, So Percussion, Terry Riley, The Kronos Quartet, David Tibet, the Rachel’s, Lesser, Wobbly, Zeena Parkins, and the Princeton Laptop Orchestra, Matmos have also collaborated with a wide range of artists across disciplines, from the visual artist Daria Martin (on the soundtrack to her film “Minotaur”) to the playwright Young Jean Lee (for her play “The Appeal”) to Berlin-based choreographer Ayman Harper. From 2011-2013 they were part of the ensemble for the Robert Wilson production “The Life and Death of Marina Abramovic”, featuring Marina Abramovic, Antony and Willem Dafoe. Their most recent album “Ultimate Care II” was released in 2016 on Thrill Jockey records and was made entirely out of a washing machine; with Nico Muhly they have created the score for the film “How To Talk to Girls At Parties”,  directed by John Cameron Mitchell and starring Elle Fanning, Alex Sharp and Nicole Kidman, released  May 2018 in theaters. 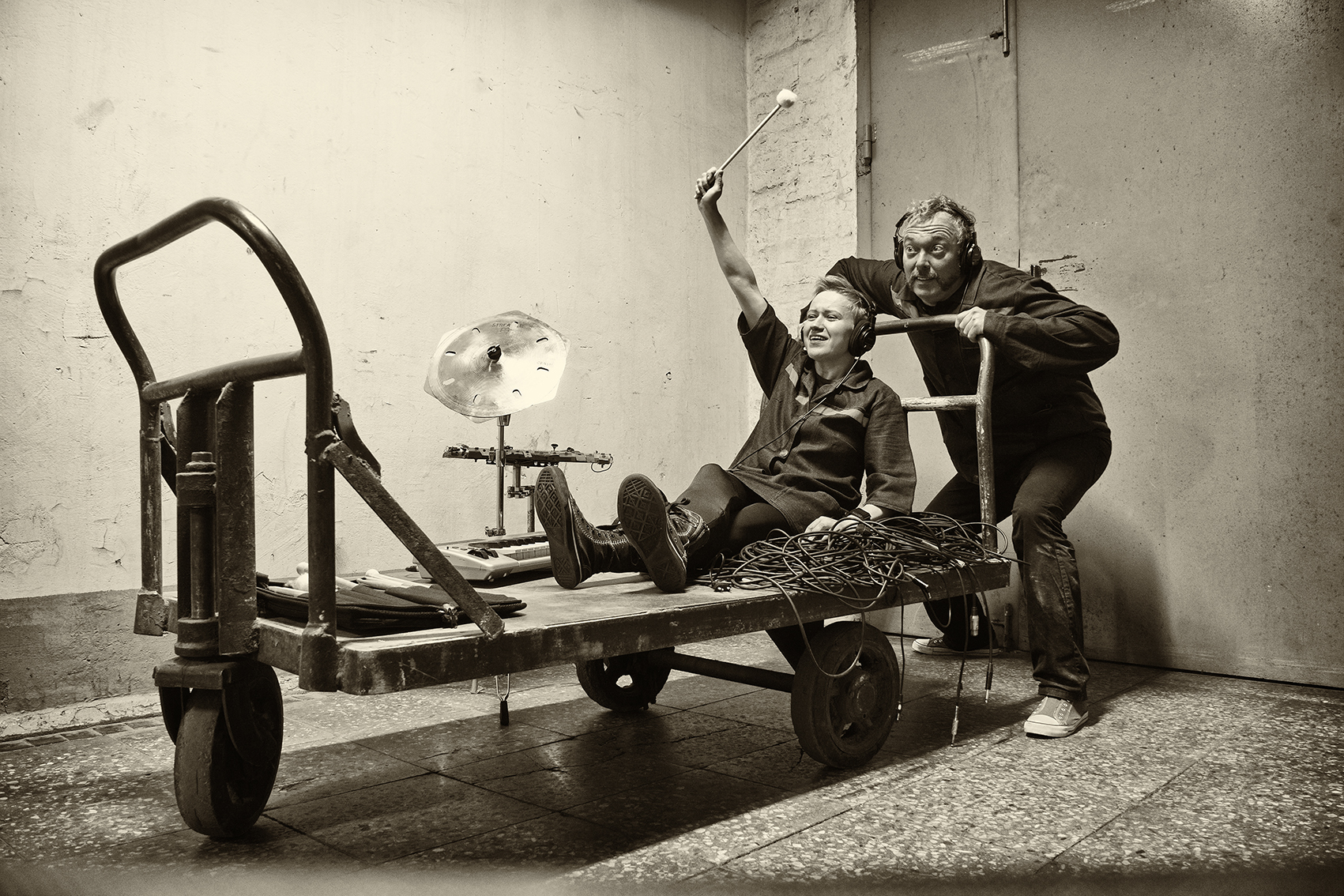 RAZMOTCHIKI KATUSHEK is an industrial electro duo, conceived and nurtured by two seasoned masters of the experimental scene: Ekaterina Fedorova (Iva Nova, ZGA, FIGS) and Remko Muermans (ex-ZEA, Holland). For several years they have been meticulously assembling and connecting the conceptual forms of electronics and industrial into an organic symbiosis, presenting the audience with a deeply original product at the intersection of these two worlds of music. These two veterans of the stage will immerse you in a balmy world of analogue effects, live and electronic rhythm, domestic noise and the positive constructivism of soothing factory sounds.

Ekaterina Fedorova was born in 1976 in Leningrad (St.Petersburg). After learning to play drums in the school band she started visiting concert’s in the legendary TamTam Klub and got a taste of the rock and roll life. She started playing in bands like: S.K.A. (Union of Commercial Avant-Garde), Nord Folks (folk punk) and ZGA (industrial avant-garde noise). In 1998 she formed the all-girl band Babsley (experimental punk). After a split in 2002, Ekaterina formed Iva Nova (ethno-extreme / iva-nova.ru) with two of her bandmates. Today this all-girl collective is still one of her main projects. Another notable project was FIGS (drum & noise). This project consisted of three drummers playing on different setups and in very different styles. Ekaterina also plays regularly in the St.Petersburg Improvisers Orchestra.

Remko Muermans was born in 1974 in Arnhem. He fell in love with alternative music in the early nineties. Remko visited concerts and festivals when possible and had his first DJ sets in the local youth centre. After leaving for university in Amsterdam he joined the band ZEA (alternative pop) in 1997. ZEA released several cassettes after which they joined the label Transformed Dreams. Their first album got great reviews and airtime and gave way for tours in the Netherlands, Germany and England. The band split up and reformed as a duo in 2002 (the classical second album pressure at work). The musical style changed to electro rock & roll and the band started doing everything by themselves. Zea played tours all over Europe, in America, Canada, Russia and Ethiopia while organising shows in Amsterdam. Remko fell in love during his first tour in Russia and decided to move there. After twelve years of extensive touring his life on stage came to a halt in 2008. In 2018 a new adventure started: RAZMOTCHIKI KATUSHEK.

Posted in OCCii 30 YEARS SCREAMING AT A WALL