In the somewhat crowded scene of Tuareg guitarists, Mdou stands apart from his peers. One of the few original singer/songwriters willing to experiment and push the boundaries of the genre, his unconventional styles have won him accolades both in Niger and abroad.

Mdou Moctar hails from Abalak, in the Azawagh desert of Niger. He taught himself the guitar at a young age on a homemade instrument. Inspired by returning Ishumar, Mdou traveled the road to Libya where he traveled and worked odd jobs. As chance had, he would meet some of the now famous guitarists and further his musical studies. He returned home with a guitar and a dream.

Rising to the status as local celebrity, in 2008 he traveled to Nigeria to record his first album “Anar” – a psychedelic electronic album of Tuareg guitar, became an instant success throughout the mp3 networks of West Africa. “Tahoultine,” one of the standout tracks, was later featured on the compilation “Music from Saharan Cellphones.”

In 2013, he released his first international album, “Afelane,” rocking and raw sessions recorded live at his hometown in Niger. He is currently in production in the first ever Tuareg language film, a fictional story of the struggle of a guitarist trying to make it against all odds in Agadez. 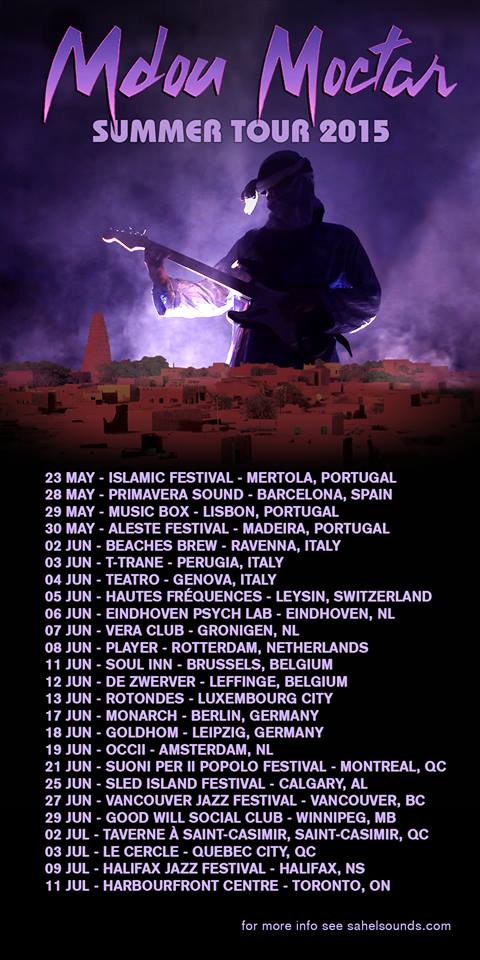 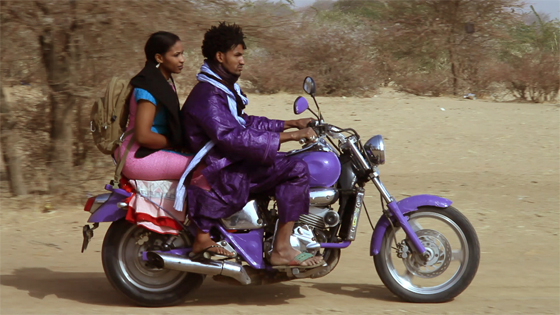 Rain the Color of Blue with a Little Red in It (Akounak Tedalat Taha Tazoughai)
Feature | NR | 75 | DIRECTOR: Christopher Kirkley

Prince goes Sahel in this colorful homage to Purple Rain. Set among the sub-Saharan Tuareg people, and reputedly the first feature film in their Tamashek language (which has no word for “purple,” hence the title). Resplendent in a purple robe and matching chopper, smoking hot guitarist Mdou Moctar arrives in a music-mad Niger town and sets about wooing a local beauty, clashing with his pious father, and fencing with the jealous king of the local scene (Kader Tanoutanoute, as wily and dapper as Morris Day) until their climactic six-string shootout.

Starring guitarist Mdou Moctar, Rain the Color of Blue with a Little Red in It (Akounak Tedalat Taha Tazoughai) is a feature length fiction film, shot entirely in Agadez, Niger. Akounak tells the universal story of a musician trying to make it “against all odds,” set against the backdrop of the raucous subculture of Tuareg guitar. The protagonist, real life musician Mdou Moctar, must battle fierce competition from jealous musicians, overcome family conflicts, and endure the trials of love – all while coming to terms with one of the biggest barriers: himself.

Both a homage to Purple Rain and The Harder They Come, Akounak is based on the universal hero, the struggle of a musician to overcome a series of conflicts. In execution, many techniques have been adapted from Poverty Row, Italian Neo-Realism, and the experimental films of Jean Rouch. While there are a plethora of films concerning the Tuareg guitar, all are documentaries. Akounak is the first fiction film to explore the scene in this format, and the first film in the Tuareg language of Niger. 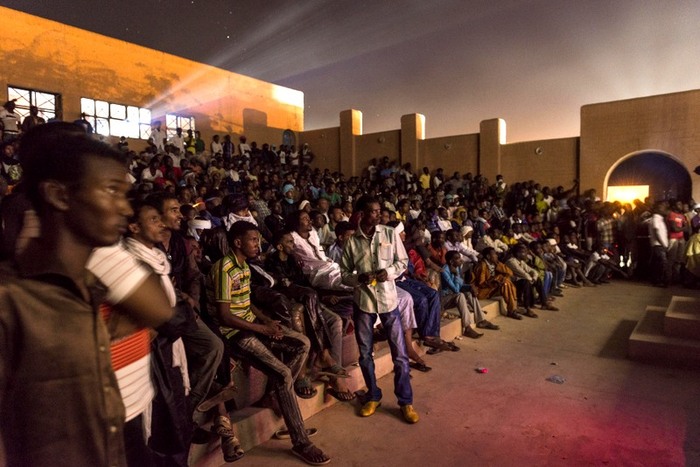 MDOU MOCTAR, REBEL UP! DJ'S
Posted in REBEL UP! Soundclash