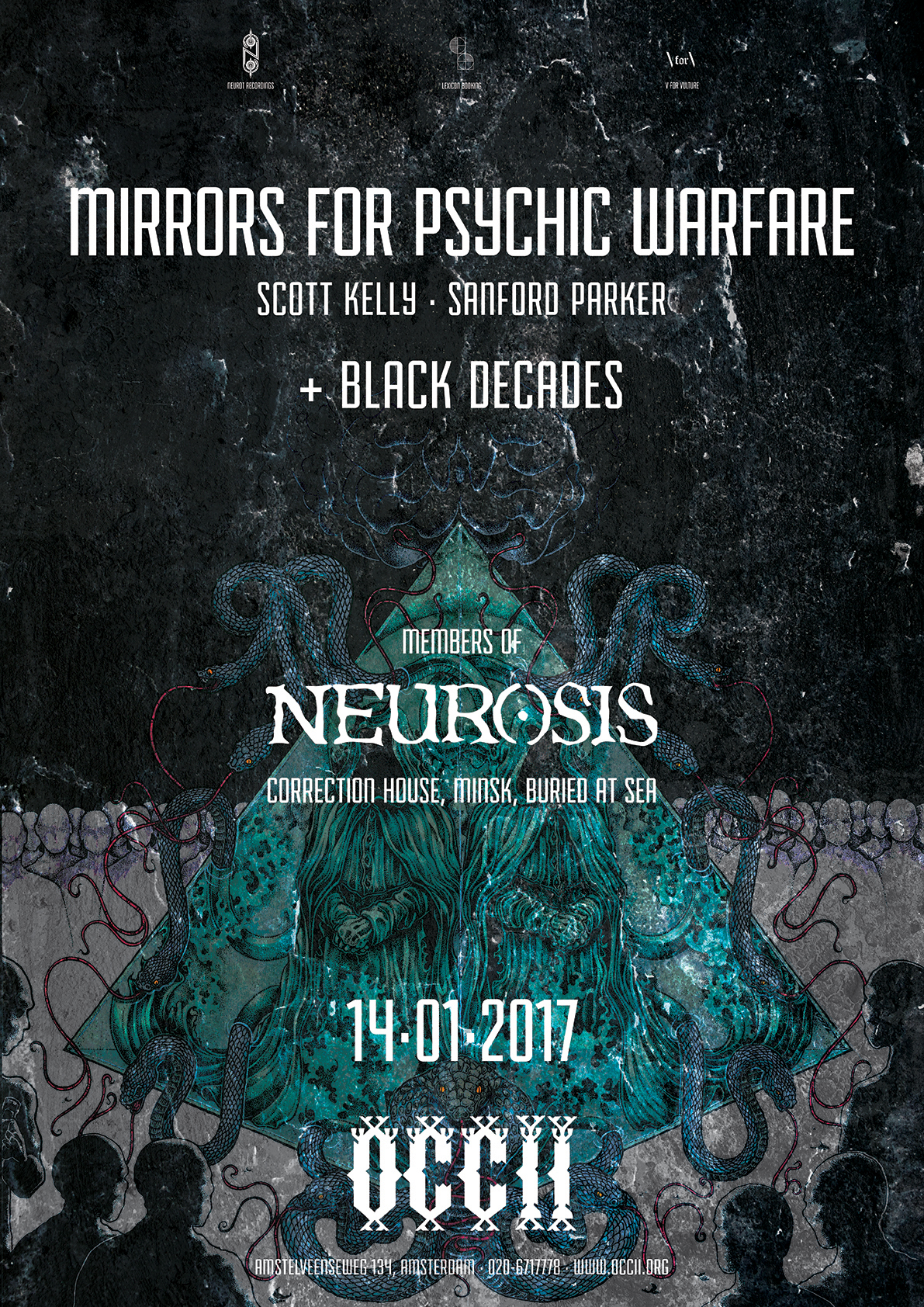 
MIRRORS FOR PSYCHIC WARFARE (US)

Scott Kelly (musician) —Neurosis— and producer/engineer/sonic warlord Sanford Parker are restless. This inquietude has culminated in another collaboration (the two work together in Corrections House, a project that also features the talents of Mike IX Williams of EYEHATEGOD, and Bruce Lamont of yakuza). While Corrections House seem hell-bent on impersonal bludgeon and unfettered terror, Mirrors for Psychic Warfare are far more restrained. The band’s haunting self-titled debut is the sonic manifestation of insomnia, complete with the tossing, the turning, and the perennial dread that comes with facing another shabby daylight. The five songs lurch and pulsate across a desolate landscape with an almost curious obsessiveness. While Mirrors for Psychic Warfare may remind some of the best work on the classic Cold Meat Industry label, there is enough familiar Kelly/Parker-isms scattered throughout to keep the album stimulating. It is a work with more in common with a fever or a fitful wraith than a record.

Scott Kelly sees the project, Mirrors for Psychic Warfare, as “an experiment in noise, silence, restraint and aggression in all shapes and forms. I am very much looking forward to the open minds that will allow this in.” The Obelisk described their recent Roadburn gig as one full of “waves of loud-as-hell drones”

BLACK DECADES, MIRRORS FOR PSYCHIC WARFARE, Sanford Parker, Scott Kelly
Bookings are closed for this event. No tickets will be sold at the door