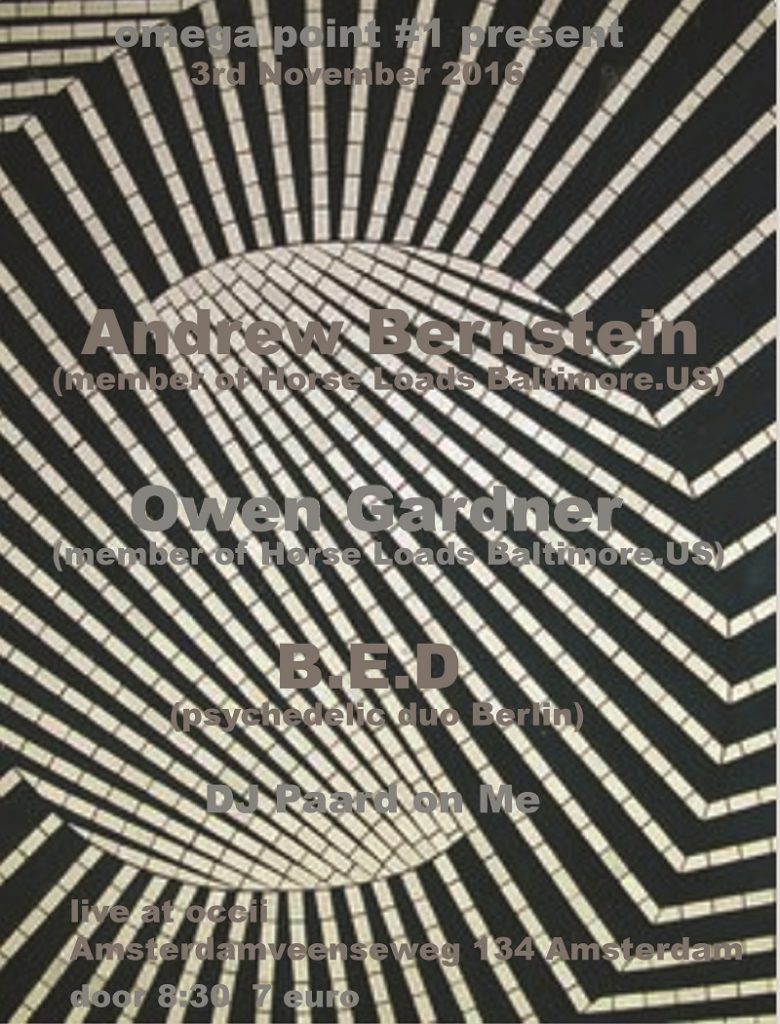 Andrew Bernstein is a composer and artist based in Baltimore, MD. His work is situated at the intersection of experimental sound practices, digital art, and rock and roll and takes the form of compositions for acoustic and electronic instruments, audio visual websites, multimedia installations, solo and ensemble performances, and works for theatre, film and dance. He performs with the experimental rock band Horse Lords and is on the board of the High Zero Foundation, which promotes the avant garde in Baltimore and beyond.

Owen Gardner’s work in composition and improvisation is informed in equal measure by his involvement in Baltimore’s musical underground and by his study of Medieval European and certain non-Western musics, aiding in the development of an ever-widening sonic and emotional language. Toward this end, he has worked almost exclusively in Just Intonation, applied primarily to ‘cello and modified electric guitar, since 2006. He has been a member of the Red Room Collective since 2009. Owen has worked in a wide variety of collaborative contexts, being or having been a founding member of Horse Lords, Black Vatican and Teeth Mountain and a performing member of Matmos and Second Nature, among other projects.

DJ PAARD ON ME