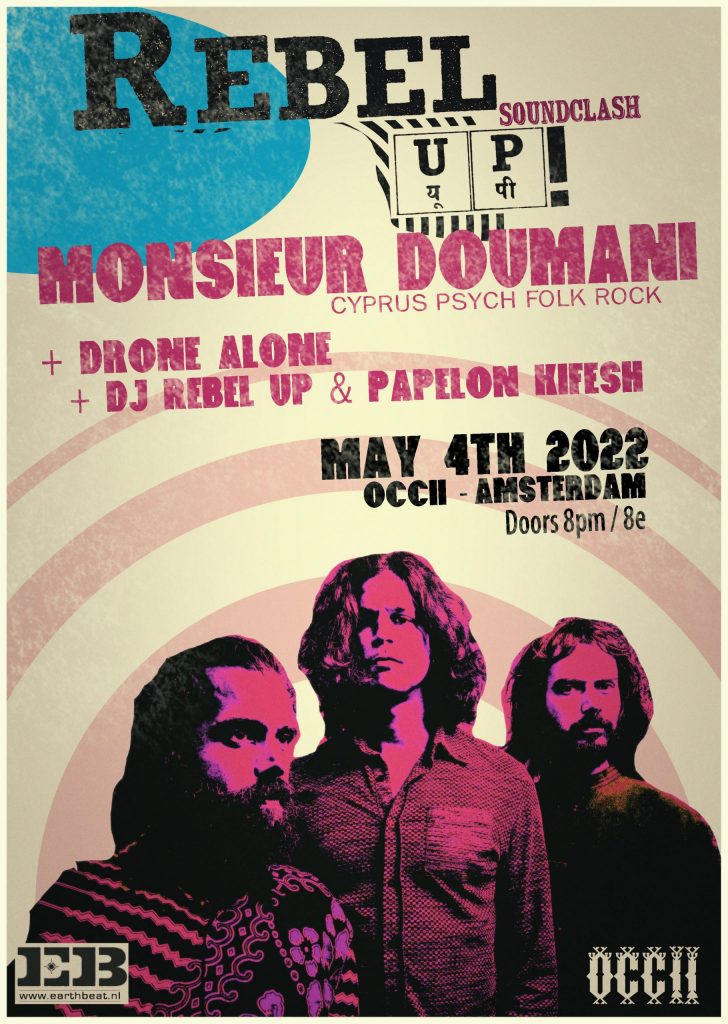 MONSIEUR DOUMANI (CY)
Hailing from the island of Cyprus, the multi-award winning trio has been impressing audiences worldwide for the last ten years or so with music strongly rooted in the Eastern Mediterranean. Their music has been extensively presented on worldwide media and they participated in the most celebrated festivals such as ESNS, Womex, Womad, Sziget, Trans Musicales, to name only a few. While their lineup may sound unusual for a three-piece (tzouras – small bouzouki, trombone, acoustic guitar) Monsieur Doumani are using electronics, effects and loop pedals to venture into a world that is refreshing and exciting. Their fourth album released by the acclaimed Glitterbeat Records pushes their trademark Mediterranean sonics into a deep psychedelic and avant-folk direction. A danceable fever storm of stringed instruments, multi-layered singing and trombone-driven low end.

“entertaining, confident and inventive” (The Guardian)

The Seminar – Venus in furs (The Velvet Underground) live

+ Djs Rebel Up & Papelon Kifesh
Sounds from the global underground

DJ PAPELÓN KIFESH, DRONE ALONE, MONSIEUR DOUMANI, REBEL UP! DJ'S
Bookings are closed for this event. 50 tickets will be sold at the door 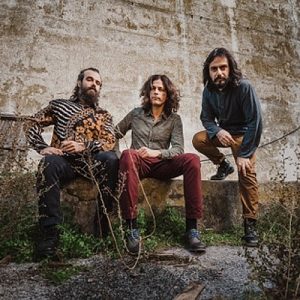 The members of this trio from Nicosia come from different backgrounds but are all influenced by the traditional music from Cyprus at various levels.
The compositions of Monsieur Doumani are inspired by the contemporary Cypriot society as well as the shaky conditions of our era.

Originally the group adapted traditional Cypriot pieces to a special contemporary color in sound and mood, forming a style distinctively their own.

But now after 10 years, with their latest album, to be released by Glitterbeat in, they go even one step further, adding a full, raw-edged psychedelic sound to their music. Their music is sometimes reminiscent of vintage Greek styles, other times of 70s Turkish psychpop and psychrock, but always with their own, distinctive flavor.

In those 10 years Monsieur Doumani played successful concerts all over the world, from Womad to Sziget, from Paradiso to Mupa. 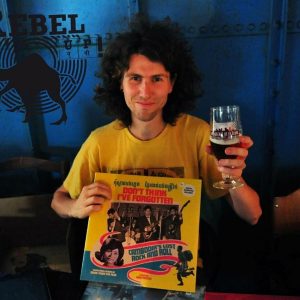 Rebel Up is a DJ collective, event organizer and record label based in Brussels. We bring rougher sounds from the global underground.

Rebel Up! was started in 2007 as a DJ collective of traditional, urban and electronic music from all over the world. With concert & dance nights in Amsterdam (Netherlands) & Brussels (Belgium), the aim of Rebel Up is to spread sounds from the global underground, youth movements, social or political music styles or the sound of the global outcasts anywhere possible. From 2017 onwards, besides organising concerts & parties, Rebel Up! is also a label for digital and vinyl releases of unknown or contemporary artists. Check out their remixes on soundcloud, mixtapes on mixcloud and radio show (Rebel Up Nightshop), enough sounds to select global and play local!