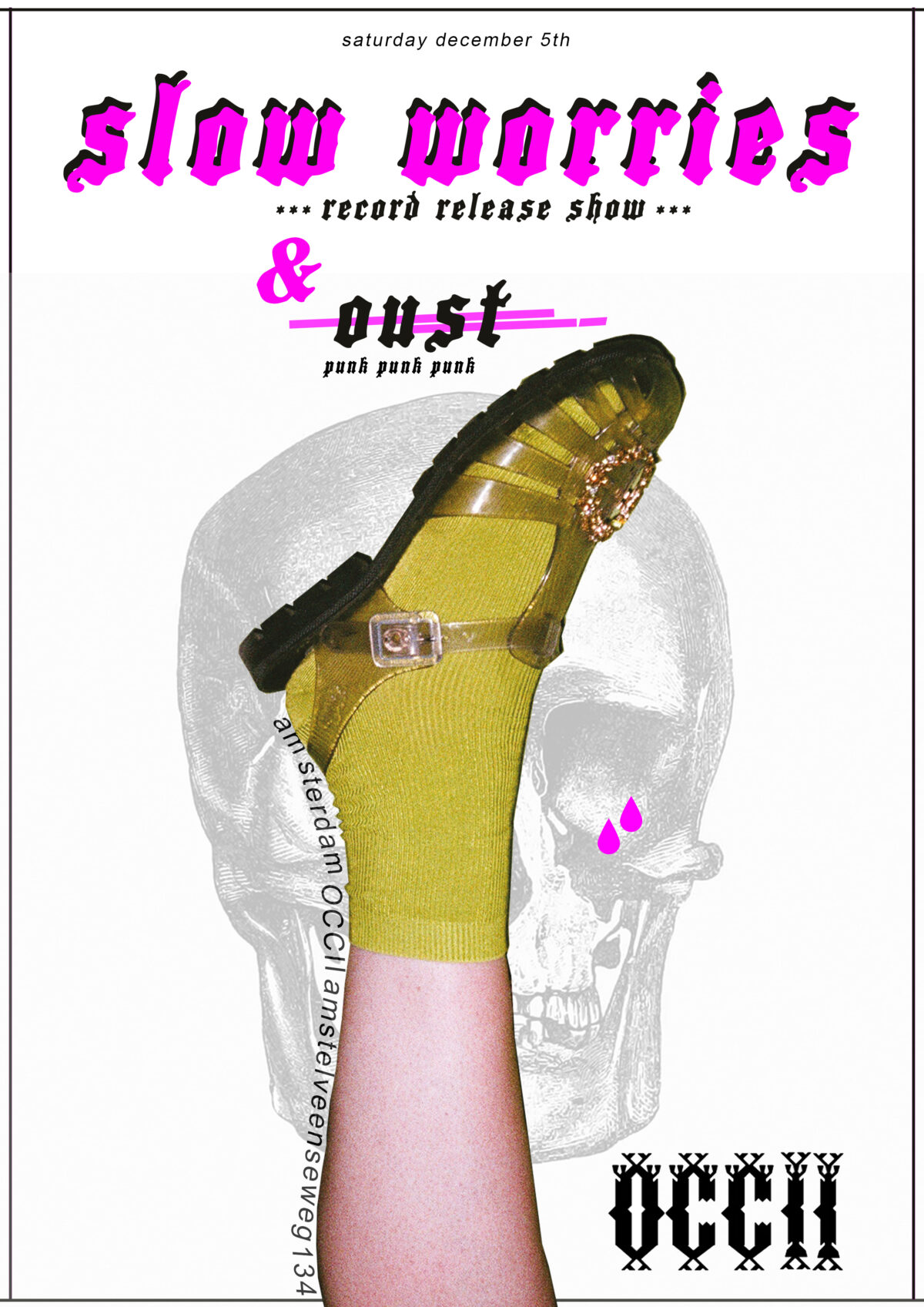 Acute altitude sickness may occur when we elevate too rapidly to 2500 meters. At extreme heights our bodies have a hard time distinguishing our oxygen and carbon dioxide levels which disorients and can even kill us.

Despite the title, Slow Worries’ new album ‘Careful Climb’ deals with other causes of disorientation, manic highs and the lonely, angst-filled confusion that comes with trying to connect over space and time. When we are willingly rendering ourselves, in desperate late night movements, to nothing more than a data vault, a new low of some sorts. When bouncing back and trying to catch up with faster moving lovers. Trying to make sense of our value in an economy of secrets. Seeing that which we share for free, for sale elsewhere. Failing to live up to the standards we inadvertently helped to create.

But all the reading into it aside, ‘Careful Climb’, soon to be released by Subroutine, Adagio830 and the first ever release on Breaking Records, is a joyful guitar-centered balancing act between 90’s licks and indie noise, full of fun despite it all and a fair amount of attitude because of it.

Slow Worries wear their influences on their sleeves. Think The Breeders, Ovlov, Slant 6 or even Sheer Mag. This is recommended listening for those who love their indierock with a good hook.

The new songs thematically center around time, space (mostly metaphysical) and movement. Live favorite ‘Runner’ as a quite literal example. But lean in and other songs tell a similar story. Respiratory cycles are a thing in the ecology of Slow Worries songs too, catching your breath and hitting the brakes as necessary tools for survival, relatable now more than ever.

‘I don’t know if I should say this to you?’ Maaike asks in the title track ‘Careful Climb’. A plea to slow down, even turn around a seemingly unstoppable process all together. Like watching a friend burn out. Trying to figure out if the symptoms we see in others are psycho-somatic, or imagined on our part.

‘Devil’ is an upbeat statement that starts with a Yeah Yeah Yeah’s-like confidence, showcasing how easily Slow Worries pull off sounding this cool. Throwing punches and side eyes at big companies co-opting queer fights and industry tactics in the indie-punk scene. Being swept up by the whirlwind, dancing in the pit. Knowing what’s going on, enjoying it on their own terms and just maybe ‘selling our souls to make it home’.

The album has been four years in the making since their previous self-titled EP came out. In the meantime they have played & released records with bands like Apneu, SOON, Alienbaby Collective, Bombay & Oust. These are busy people!

Luckily Amsterdam’s favorite indie-shredders prioritize circling back to their music over time though. Sharing this new hook-filled and catchy-as-hell album with us. Recorded in short spurts at Studio Mono behind legendary DIY venue OCCII, ‘Careful Climb’ sounds like that favorite record you still know all the lyrics to after all these years.

Their sound is reminiscent of full basement shows with friends. Everyone dancing along and staying up late and ready to miss the last train together. Post-punk drums like a metronome set to the feedback laden guitar-riffs, resonating and competing for the space that they end up creating together. Maaike’s vocals sound effortlessly perfect, with a controlled diction that sometimes (‘So Hidden’) recalls Placebo’s Brian Molko(!), which I have come to embrace as a great reference.

‘Burn’ has all the nineties vocal bends and a classic ending, one of those songs that you know before you heard it. My favorite so far is ‘When We Go Out’, with the refrain stop-and-go trick that just gets me every time, with the grungy ‘Active Recovery’ as a close runner up.

The headlamp sported by its protagonist, guiding us to these new heights Slow Worries are taking us.

They nailed it with this one. ‘Good things come to those who wait’:)

Get your copy at the show!

Mastered by Pieter Kloos @ The Void.

OUST makes punk.
———————
OUST is from Nijmegen and Amsterdam.
https://oustpunx.bandcamp.com/album/oust-2

GOOD READ for introduction to the band: https://www.noecho.net/song-of-the-day/oust-hardcore-punk-band


OUST, SLOW WORRIES
Bookings are closed for this event. No tickets will be sold at the door