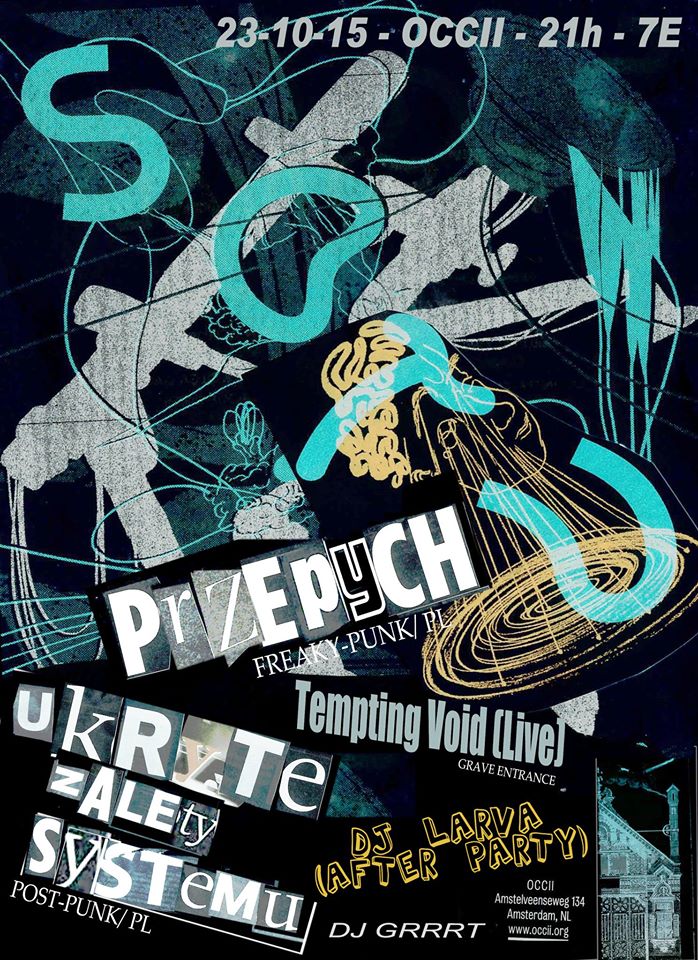 UZS’s music is a fusion of post-punk, new wave and cold wave aesthetics. The trio’s pieces are based on sounds that are sharp and cool at the same time. Stripped-down rhythmical patterns driven by hectic bassline and despotic drum pad overlap with guitar cutting through, minimalist old-school keyboard and two chanting vocals, which draw on the 80’s, making reference to neue deutsche welle and British punk rock offspring, as well as Polish artists associated with Stilon Gorzów label. The latter is especially due to the lyrics in Polish, both critically reflexive and humorous, commenting on social reality in terse understatements. 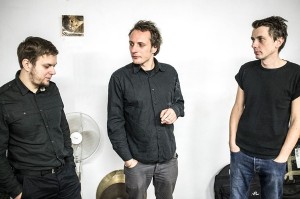 The band formed in mid-2013 and has published thier debut LP and CD on Antena Krzyku during 2015. The album and their concerts is receiving good reviews both in in and outside the country. In April 2015 Maximum Rock’n’Roll has included their album in the list of the best new releases. This year UZS will perform on OFF Festival – independent music festival in Katowice. 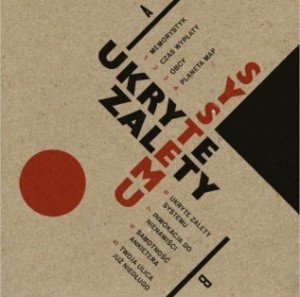 “this LP makes for an invigorating ride I’m sure would be a blast to see live. Like, say, Gang Of Four and The Ex, there’s something at once linear and progressive at work here. ”
( http://adverseeffectmagazine.com/reviews-2015 )

The understandable reaction to excess is asceticism. While the tyranny of minimalism is being resisted by liberating forces of Przepych.

Przepych explores the manual boundaries of their own, limiting technique to its minimum and the form to necessary maximum. Using the possibly smallest resources they bet on maximalism of experssion. During the collective work compositions are being tasted by the dialogue between musicians for the sake of survival of the human element inside them. Sometimes it is the blood and sweat that wins and sometimes it is the idea and restraint.

Wroclawian duo refrains the typical rock or post-rock structures, although with the use of rock instruments and sound. Guitars and drums as tools of composition owe a lot to syncretic Rock in Opposition scene, funk-hitting no wave, as well as post-punk, that had a dream to make the freedom space with the use of a boundaries. Przepych is a result of reaction for this space.

Typical rock line-up instrumentes, enriched by samplers are being operated by the members of bands like: Kurws, Norymberga, Pustostany, Smieszne Pieniadze, Ukryte Zalety Systemu and others. Among those, Przepych is a member of large “Salka CRK” family – environment of musicians rehearsing in and being associated to DIY social-cultural centre called “CRK”, based in Wroclaw (Poland).

DJ Larva (AFTER PARTY)
Born in Buenos Aires, Argentina. Plays a mix of tunes from all over the globe.