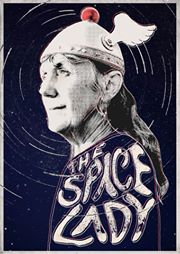 THE SPACE LADY
A living outsider music legend, The Space Lady began her odyssey on the streets of Boston in the late 1970s (and in San Francisco a decade later), playing versions of contemporary pop music on a dilapidated old accordion found in a junk store. Following the theft and destruction of her accordion, Susan invested in a Casio keyboard with a phase shifter and headset mike, bringing a new and otherworldly element to pop music in interpretations that have captured imaginations worldwide.

“The Space Lady, Suzy Soundz, performed on the streets of San Francisco with just a Casio. The sound of her voice is something that immediately grabs you, and her take on different songs is really unique. The songs are mostly covers but you wouldn’t know it on quite a few of them. ‘Synthesize Me’ and ‘Slapback Boomerang’ are originals. She’s the epitome of an outsider artist. One story we heard was that her and her husband tore up their ID cards and lived in a cave as he was a draft dodger. She also wears a helmet with wings on it.” 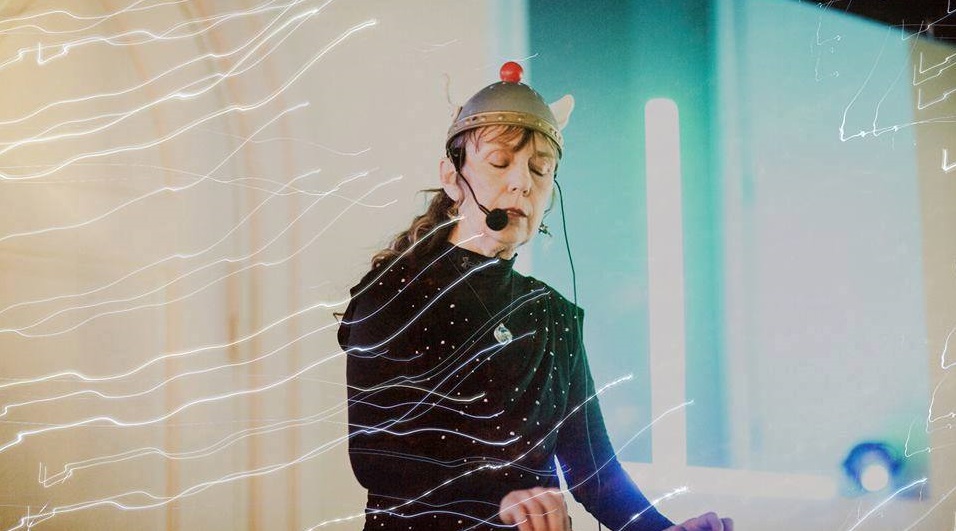 “Heart-warming, eccentric, and unselfconscious that attends to the fact that you don’t need ego and fancy gear to make great pop music.”
– Dazed Digital

“Bathed in echo and a warm blanket of hiss, Suzy Soundz’ voice is utterly without guile on her Casio covers and Outsider Art explorations”
– The Guardian

“This music has transcended genre, style and fashion, opening up hearts and minds along the way”

MAG ( Sweden)
MAG aka Magdalena Ågren works with live samplings of trombone, megaphone, voice, guitar, sound and the noise around her. The music is built up from scratch. From the smallest simple element it grows to a gigantic dystopian lo-fi orchestra that sometimes is restrained and suggestive, sometimes chaotic and wild.
MAG just released her first solo album Magnitude at Surplus Recordings and have played more then 100 shows in Scandinavia, Poland, Germany, France, Spain, Portugal, Canada, USA and has shared the bill with acts like Lightning Bolt, Legendary Pink Dots, Trumans Water, Ora Cogan, Wildbirds and Peacedrums, The Skull Defekts. etc, and played at festivals/venues such as Mission Creek Music and Art Festival (San Fransisco), Arts Birthday (Stockholm), FakeJazz (Vancouver), Festival of Endless Gratitude (Copenhagen) and Dockville festival (Hamburg). Magdalena Ågren is also currently playing in two other band projects, SORK and Trapped in a Loop.

” She opened for us in Malmo and I’m still scraping my jaw from the floor after dragging it all the way back to The Netherlands. Marvellous, hugely inventive…. words aren’t enough”
– Edward Ka-Spel, Legendary Pink Dots