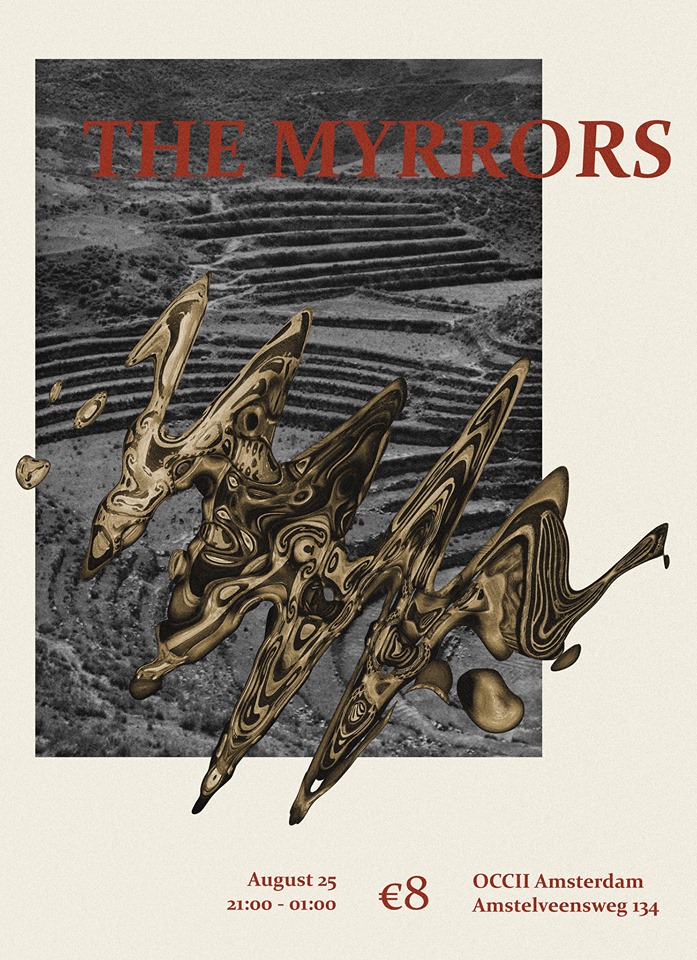 The Myrrors
The Myrrors are an experimental psychedelic rock band from Arizona, formed in early 2007. Originally consisting of Nik Rayne on vocals and guitar, Claira Safi on bass, and Grant Beyschau on drums, they eventually recorded the album “Burning Circles in the Sky,” released independently in a run of fifty screen-printed CDs. Rhythm guitarist Cesar Alatorre-Mena joined not long after.

The group disbanded in 2009 but eventually reformed in 2013. The following year “Burning Circles in the Sky” was reissued in a number of limited edition runs and they released the new instrumental EP “Solar Collector” on both cassette tape and vinyl.

Their second proper studio album, “Arena Negra,” was released in 2015 on Beyond Beyond Is Beyond Records, a year which saw the addition of bassist Cody Schwartz, violist Miguel Urbina, and second guitarist Connor Gallaher, as well as a shift in the band’s sound towards heavier, more experimental compositions.

THE MYRRORS, TOTO BOROTO
NO PRESALE, TICKETS AT THE DOOR, CAPACITY 250, CASH ONLY AT VENUE