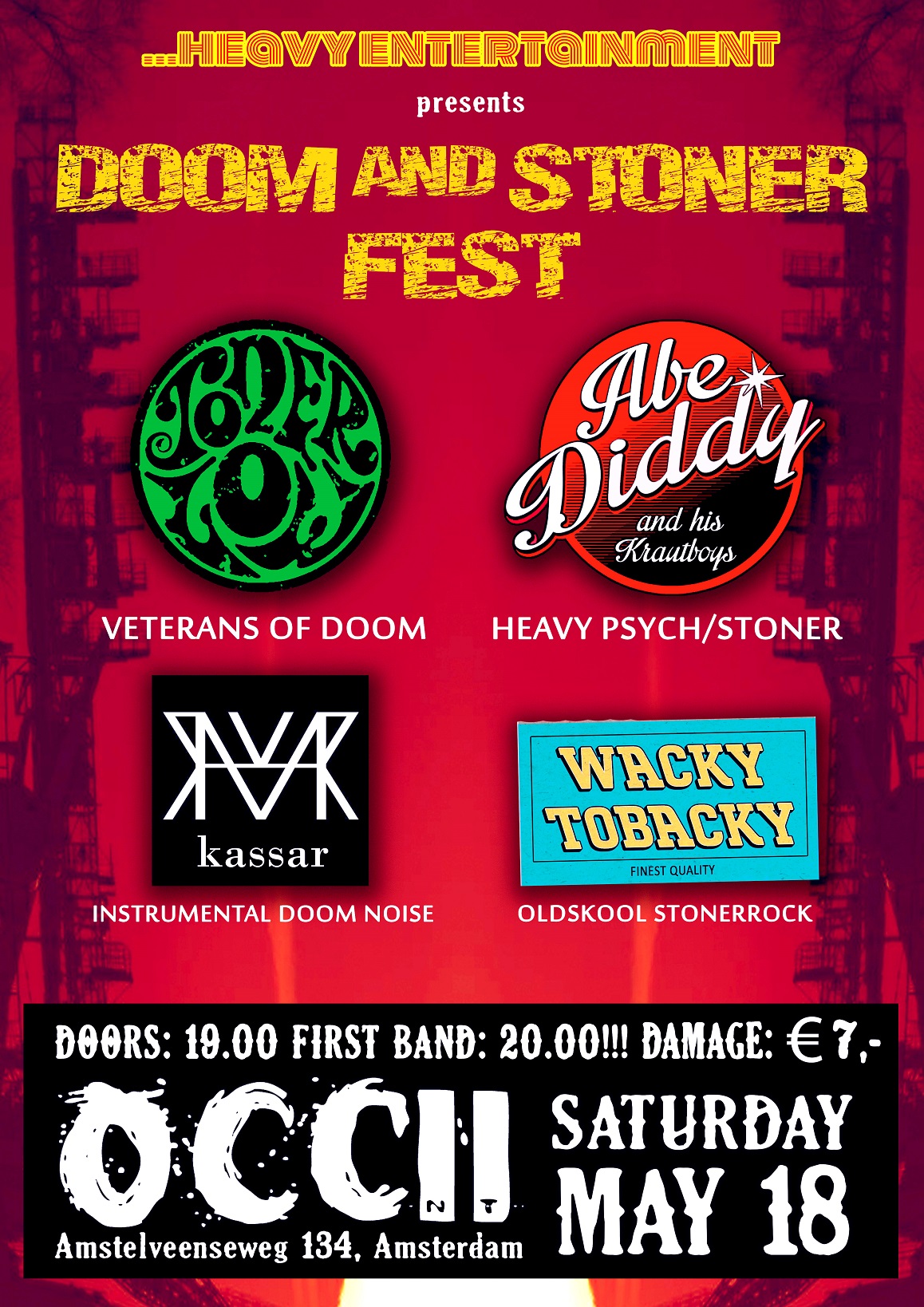 Toner Low
Stoner/doom band Toner Low are from the Dutch city of Leiden-area.
They started in 1998, which makes them one of the longest running Dutch
bands in the stoner genre. Like the band’s earlier albums their most recent
full-length ‘III’ was well-received and was hailed in several reviews as ‘a
landmark release’. Their ultra heavy sound and long and for the most part
instrumental songs earned Toner Low support slots for Electric Wizard,
Acid King, Ufomammut, Trouble, Jucifer and Amenra, led to tours in
amongst others Germany, Austria, Italy, Greece, France, Romania, the
Czech Republic, Finland, Denmark. Sweden and Norway, and to
appearances at festivals such as Dun Jam (Sardinia) and DesertFest
London, Antwerp and Berlin.

Abe Diddy
Abe Diddy is a powertrio hailing from Alkmaar, the Netherlands. Formed in 2002, they play a heavy mix of groovy, bluesy, doomy & psychedelic stonerrock. The band released two full length albums, an EP and a split 7inch with Toner Low and shared the stage with many great bands, including Monster Magnet, Orange Sunshine and John Garcia’s Slo Burn.
www.facebook.com/Abe-Diddy-174351645929092/

Wacky Tobacky
Wacky Tobacky is a 3-piece rockmonster from Alkmaar, the Netherlands. Inspired by bands like Black Sabbath, Kyuss and Fu Manch,they play heavy stonerrock with a raw edge.
www.facebook.com/WackyTobackie/