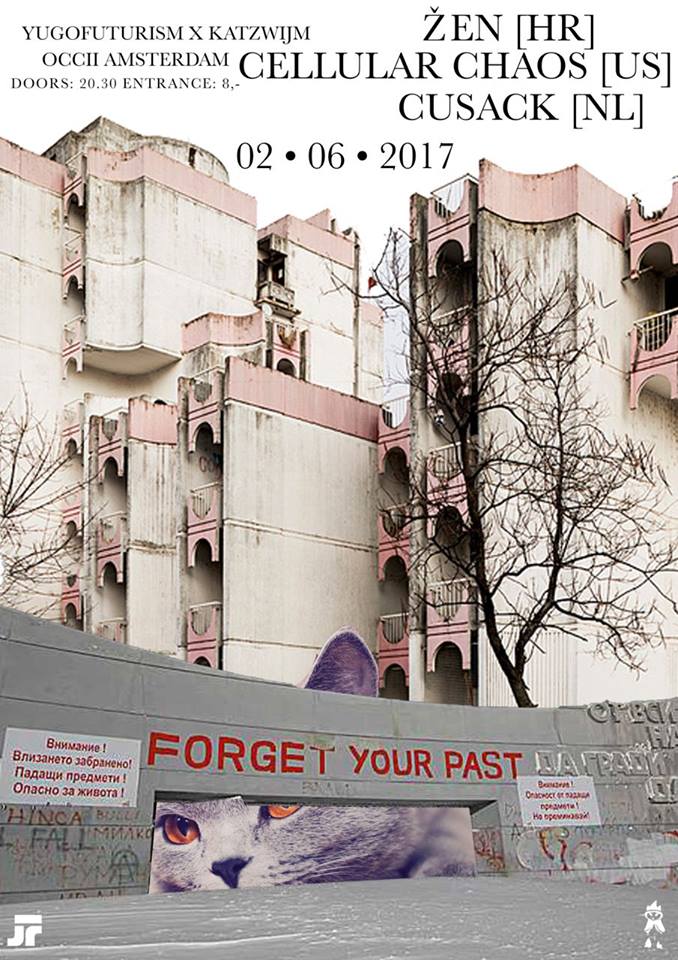 Žen (HR)
Žen is all-girl band from Croatia, formed in 2009 in Zagreb. Žen combines intricate arrangements and immersive live visuals to create a fully authentic shoegaze post-rock experience. Žen playfully dissects gender stereotypes and connects the boundaries of audio and visual art, evoking journeys through vocal harmonization submerged in a progressive symbiosis of guitar, bass, drums and synths. If we were to try to define them by genre, the closest we would get is a complex form of indie rock, informed by various stylistic and genre characteristics, ranging from post-rock to shoegaze, math rock, krautrock, vintage synthwave and experimental electronics. A new Žen -album is currently planned for autumn through Moonlee Records.

Known for his work in The Flying Luttenbachers, XBXRX, Burmese and his current role as Lydia Lunch’s musical director, Weasel Walter initially founded Cellular Chaos as a San Francisco Bay area improvisational instrumental combo, but with a move to Brooklyn, the name was repurposed to christen an entirely new act. The band headed in an equally intense and cathartic direction, but became more song-oriented with the addition of frontperson Admiral Grey, renowned New York City writer, actress and performance artist. Grey’s surreal narratives of trauma, apocalypse, and abuse weave furiously through angular, masterfully expressed arrangements, propelled by the muscular drumming of Marc Edwards – and alternately planted and uprooted by the spinning foundation of double bassist and composer Shayna Dulberger on electric bass.

“Diamond Teeth Clenched” was recorded in Queens, NY with engineer Colin Marston (Krallice) and mixed by Weasel Walter. The album marks a reunion of SKiN GRAFT Records and Walter, who rose to prominence during his tenure at the label with albums from his bands The Flying Luttenbachers and Lake Of Dracula.

Lot van Teylingen made an amazing poster for this event!