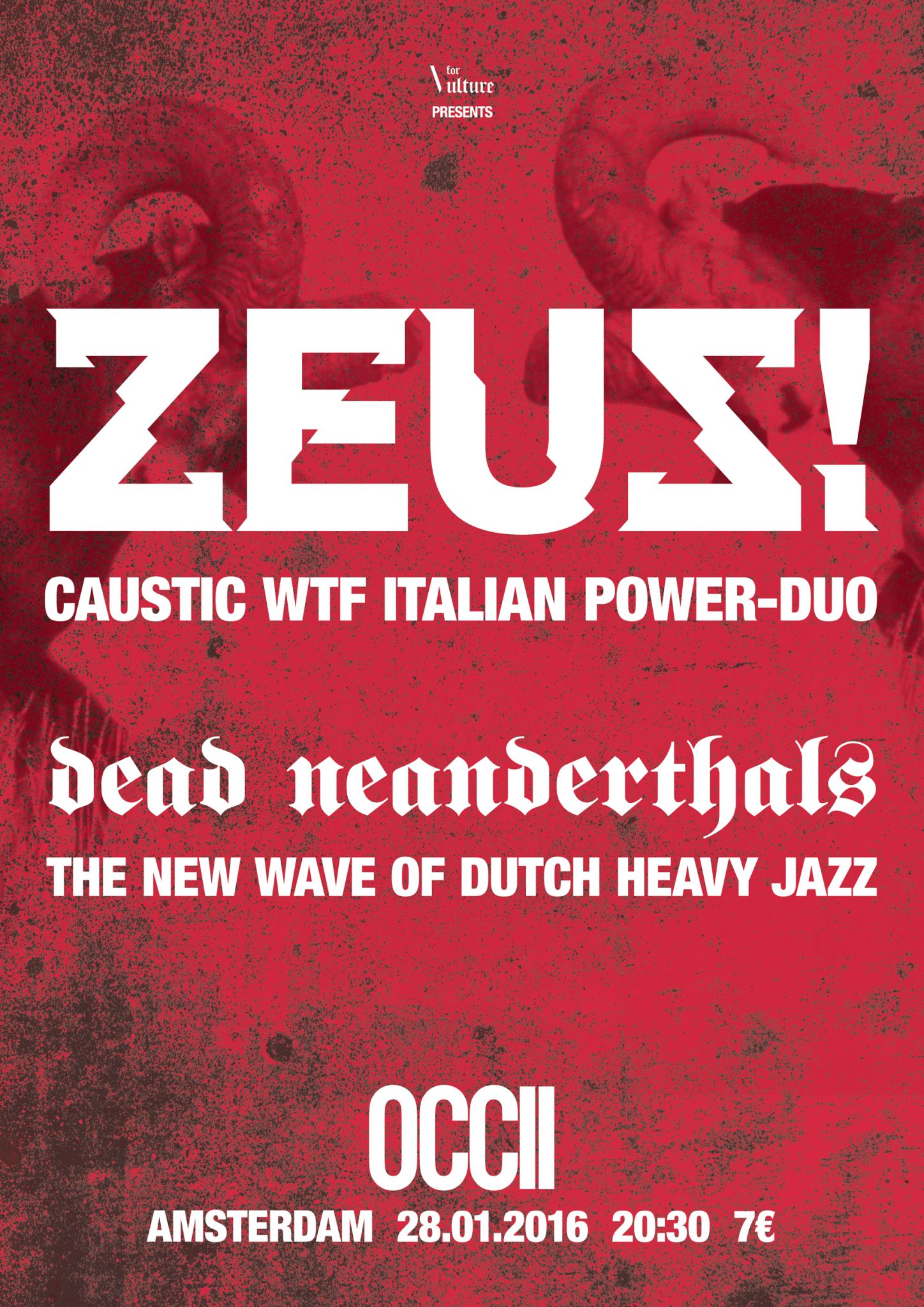 A blasting, enigmatic and polyhedric drums and bass duo from Bologna, formed in 2009.
The first self-titled album was released in 2010. The second full-length “Opera” in 2013 under the San Diego-based cult label Three One G Records, featuring JUSTIN PEARSON (The Locust) on “Sick And Destroy”.
MOTOMONOTONO! comes out in 2015, under Three One G Records, Tannen Records and Sangue Dischi.
The three album received excellent reviews by Italian, European and American magazines and webzines.

ZEUS! has incessantly been touring through all Europe in the past 5 years.
ZEUS! aims at using the minimum in order to get the maximum.
ZEUS! is NOT metal, NOT punk, NOT math, NOT noise, NOT prog, ABSOLUTELY NOT jazz-core, NOT EVEN post-whatever.
ZEUS! is for petardo lovers.