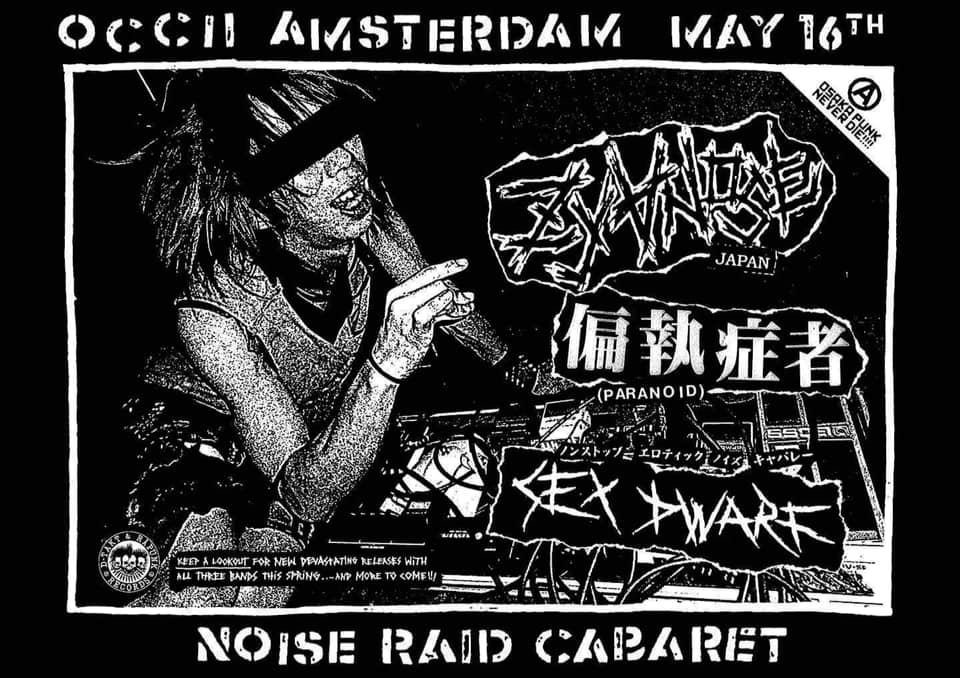 More info and flyer will follow soon.
Mark your calander, only Dutch show!

ZYANOSE is an overly distorted and noisy japanese hardcore punk band from Osaka, inspired heavily by CONFUSE. Formed in 2002 – although in 2008 interview (Distort Hackney fanzine, December 2008) the band stated that the date formation was actually 2007. Zyanose included members from DEFECTOR, and members also play/stand-in for orher Tokyo KONTON bands ,THE SEPARATIONS were a “secret” side prohect band featuring members of Zyanose. “Japancore as fuck!!!”

PARANOID, SEX DWARF, ZYANOSE
NO PRESALE, TICKETS AT THE DOOR, CAPACITY 250, CASH ONLY AT VENUE
Posted in Featured, HC/PUNK!