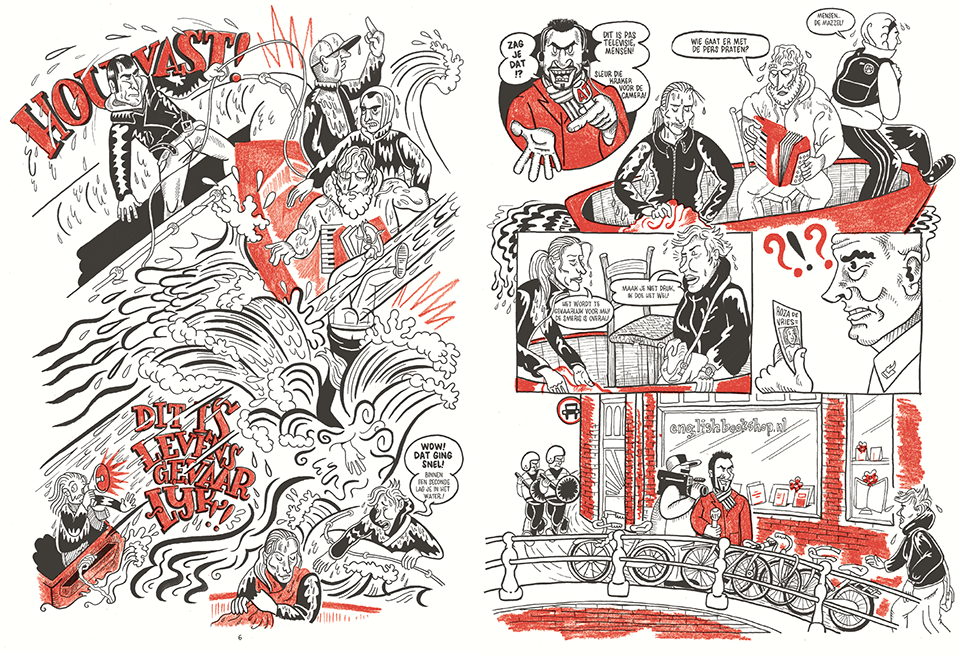 Three journalists and three graphic artists have joined forces to make a graphic novel about squatting in Amsterdam. Since squatting became illegal in 2010, the tenants of many squats have been evicted, with frequently clashing viewpoints from squatters, police and lawyers. The graphic novel De Kraker, de Agent, de Jurist en de Stad looks back at the past few years of evictions. The story is based on research from interviews with the people involved: from squatters, to plaintiffs and lawyers to the mayor. While the book’s makers include in part (ex-)squatters, the graphic novel tries to represent multiple points of view. So, while in some drawings, the police are represented as violent ‘pigs’, in others, the squatters are shown as vandals and criminals. The graphic novel turned out to be the perfect medium for this story, not only because it serves to maintain some level of anonymity for the characters of the story, but also because within the squatting movement is a long tradition of cartoon drawers.

While the book is a gripping story about confrontations, ideals and disappointment, on a more abstract level it gives insight into the politics of law-making. The bookmakers are convinced that by looking at the process of passing the law that made squatting illegal, it’s possible to learn more about how democracy works.

See some of the 144 pages from the book below: 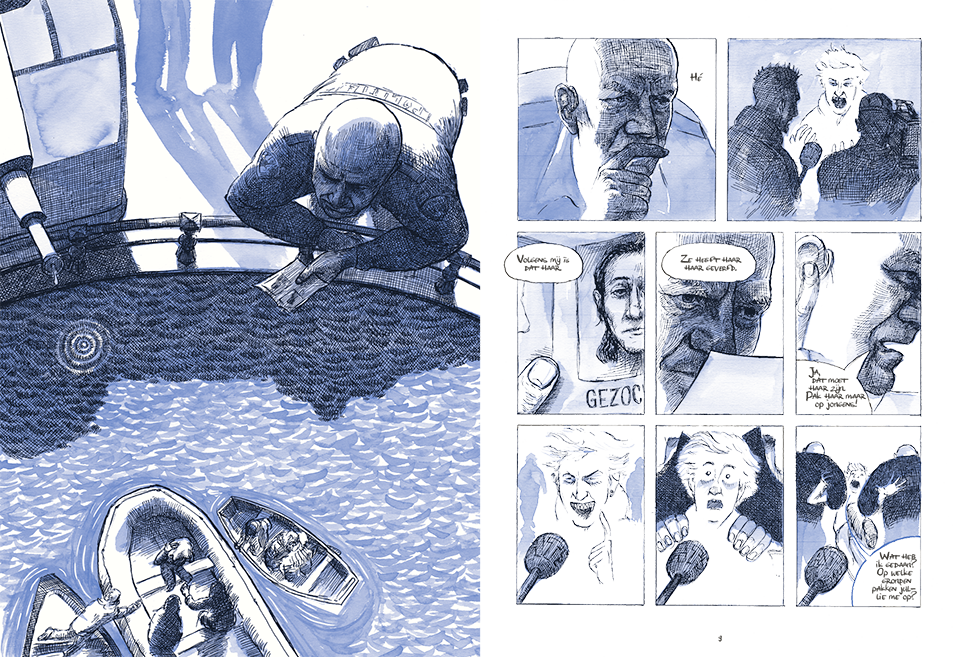 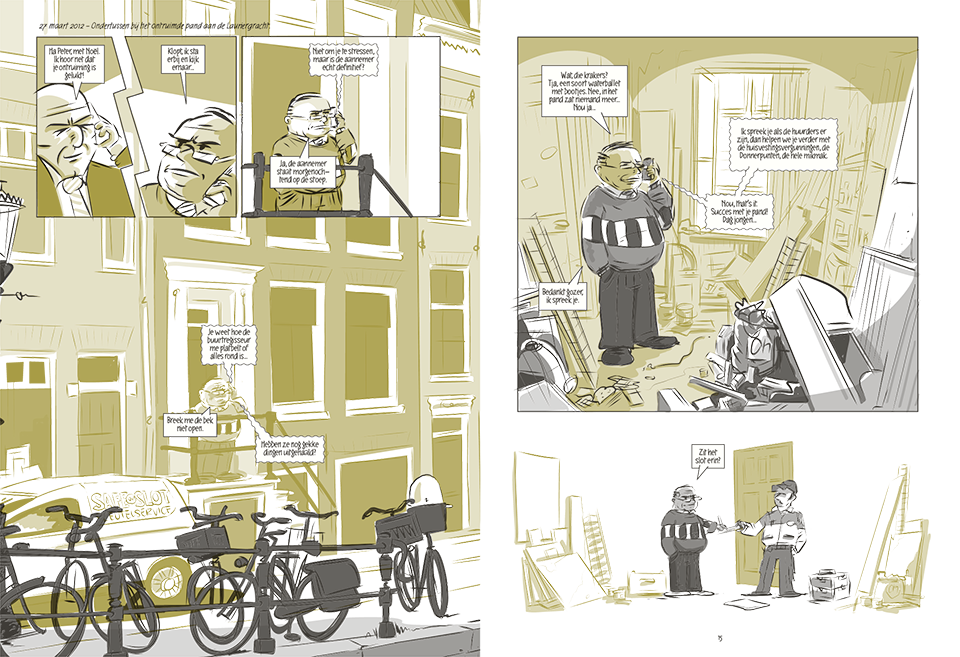 On Tuesday, May 13th, there will be a book presentation and a debate on squatting and vacancy at Pakhuis de Zwijger.