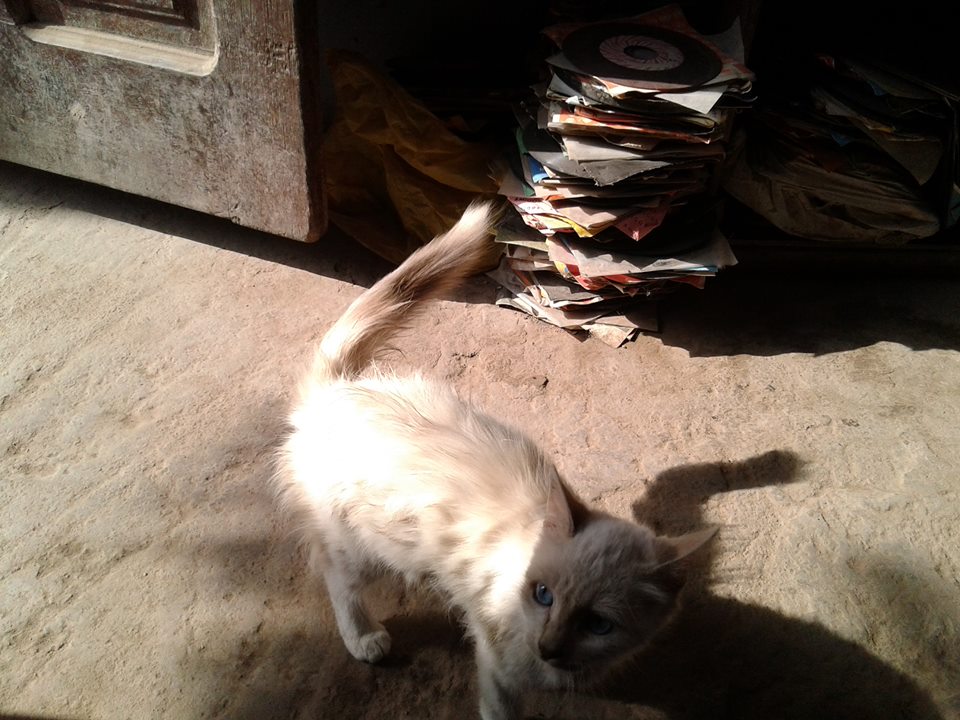 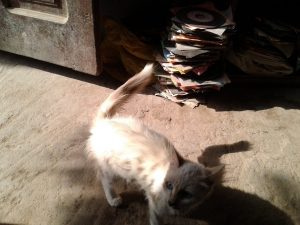 Kitten and Chicha Popular singles on the outskirts of Lima, in the Carabayllo district in Peru. © SebCat

In May, I spent 3 good weeks in Lima, Peru. Holidays, some dj-ing and digging for old vinyls were part of it, but the main goal of my trip was to kickstart a release project for a new label (name not defined yet, but perhaps just Rebel Up! Records).
The label will be about vinyl releases but also digital and with special sounds & artists from all over the world. The 1st release will be a Peruvian chicha cumbia compilation and so I travelled to Lima for 3 weeks, to meet up with my Argentinian friend Julio, aka DJ Pinchado, who has visited Peru every year for a month since the last 10 years. He is a true lover & specialist of Peruvian chicha cumbia which originated in the Amazonian north of the country, known as the ‘selva’. You might know this special psychedelic, tropical cumbia style with classic bands such as Los Mirlos, Los Destellos, Los Diablos Rojos and Juaneco Y Su Combo, to name a few. This was the early wave of the 60’s and 70’s which set the standard for cumbia in Peru, at a time when cumbia was still regarded as low class music. Since the 2000’s, several great compilations have covered this wave with the best songs and have opened up both the west and the younger generation in Peru to this classic sound. Many new lovers of chicha cumbia do not know what followed after this wave. From the late 70s to the late 80s, a new generation of chicha artists stood up and new labels were founded to change the sound and the scene.  Keyboards and synthesizers made their entry for a more futuristic sound and also the artists were often urban youths who came from migrant backgrounds from the Andes mountains. Most importantly, the music shifted from the tropical sound to a more indigenous folkloric and urban sound. Also the context of the songs changed. Besides the typical songs about love, lyrics went deeper and got a sociopolitical edge with topics such as Andes migrant emancipation, poverty and work conditions. This had a big impact on the lower rangs of society, whom this music was meant for, and this wave became known as ‘chicha popular’.

This chicha popular wave will be the focus of the 2LP release in 20-24 songs. One vinyl filled with love songs and the other one filled with sociopolitical songs. All of it will feature artists from the Horoscopo label, a cult label which simply had the best musicians of the 70s and 80s and which gave them a voice and the means to rise up. The label was led by Juan Campos, who has a nice disappearance myth surrounding him in William Onyeabor style. In short: in the late 80s, Campos retired from the music business altogether, cutting all his contacts and went up to the tropical north near the Ecuadorian border to live peacefully on a farm, without wanting to be found or contacted by anyone. So goes the story, but the Horoscopo label will soon be kickstarted into life again by a good friend of us and this 2LP compilation will start a new chapter in the story of chicha cumbia. Also we will do a pre-order crowdfunding campaign to raise awareness for this release and our label, with some special limited edition goodies to be offered to supporters and early birds. To be continued!