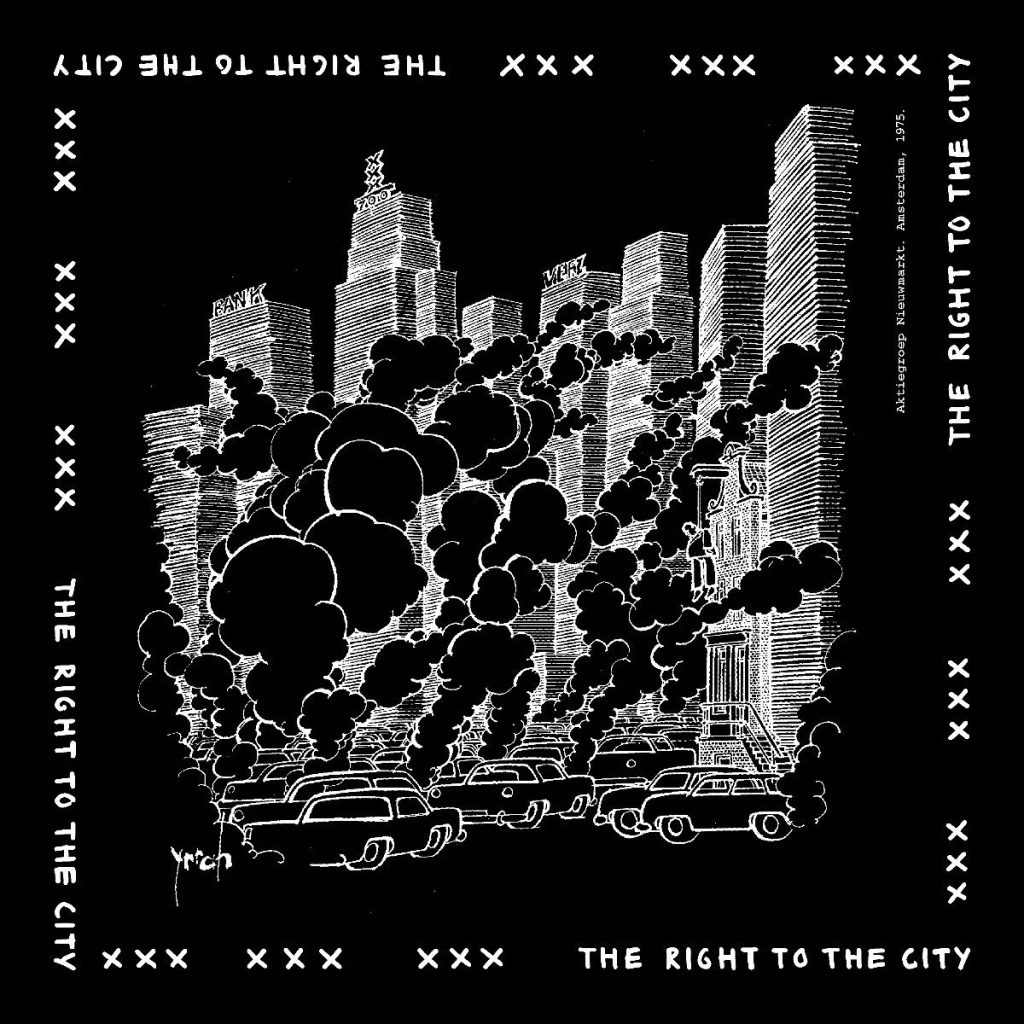 a project by Werker Collective and Loma Doom (Femke Dekker)

with a collective listening session at 8.30pm

The project defines an alternative map of the city through a series of conversations and sound-pieces raising questions such as: How to survive today’s neoliberal policy in Amsterdam? Is it possible to create alliances from different positions and privileges to claim back together our Right to the City? What role does art and artists have to play in the ongoing housing struggle, as they are often used as agents of gentrification?

An edition of screen-printed bandanas has been designed by Werker to help spread the sound waves through the city. Complementing to the launch, a selection of materials on the topic of housing struggle in Amsterdam, from the first rent strikes of the 1930’s until today will be on display at San Serriffe.

WERKER operates on the intersection of labour, ecofeminism and the lgbtqi+ movements in favour of an image critique of daily life.