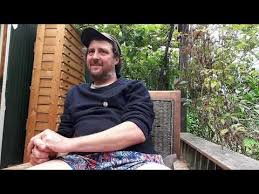 Think Inside the Box…Conversation about Culture in the time of Corona with Sjoerd Stolk / OCCII.

Look m&d iam on 📺… little chat w/ Joshua Baumgarten, singer of the great band The Irrational Library
me bit confused ‘cause of the weird times we’re in, talking half Dutch, half foreign languages…
have a 🪑✌️….🦠🔨
(go see them live Treetop Showcase | Café Paradiso)))…

So far in this series of interviews I have kept my focus on what has been happening to the cultural/horeca sector here in Haarlem but on a rainy Monday afternoon in a remote location I had the pleasure of sitting down with Sjoerd Stolk from Amsterdam’s OCCII. Sjoerd is one of three people who along with a large crew of volunteers keep the DIY spirit alive in Amsterdam at the community center/performance space the OCCII. Like all venues, the OCCII has been hit hard by the current situation. Fortunately the OCCII has been granted an exstention on their current subsidie via the Amsterdams Fonds voor de Kunst. Hopefully this will help them keep their doors open and to continue programing some of the most interesting, progressive and truly independent music made in and travelling through the Netherlands. So, listen in and enjoy.