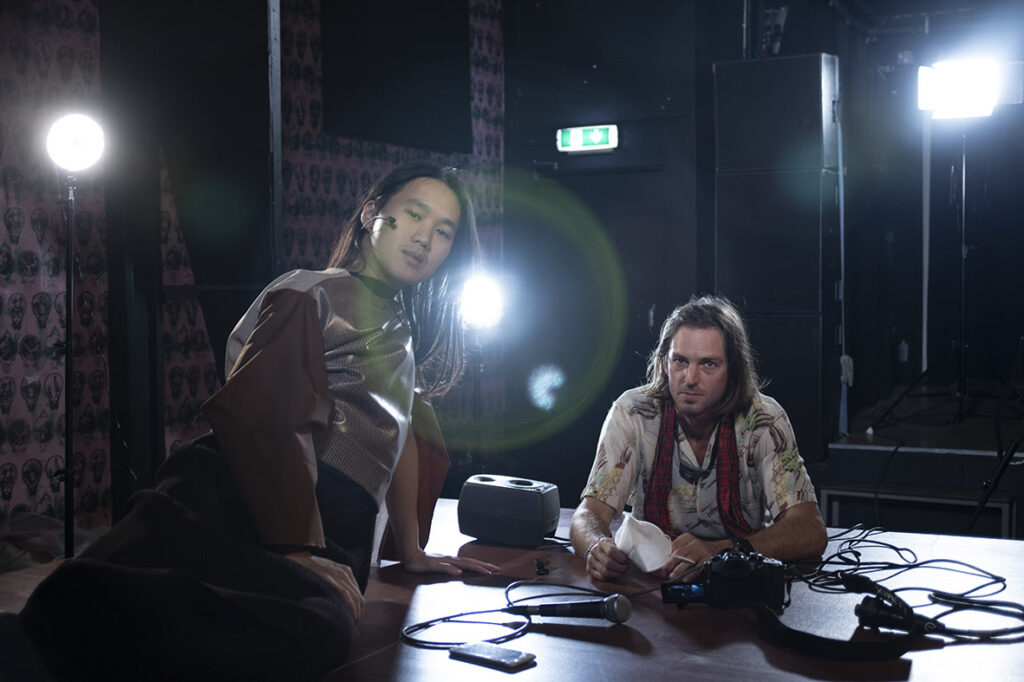 Biased with a criticality to a notional ‘first time’, Virginities was written as a filmed performance situation by Ivan Cheng. Interested in the act of renegotiating value in subcultural space, the work is structured as a voiceover, two monologues and a dialogue; blurring the body’s status as linked to fixed subjectivity, and invoking the parallels of possession in relationships and real estate. Virginities was written to be filmed in continuous takes before a live audience at OCCII, one of the few remaining venues for underground music in Amsterdam. The audience was absent due to a shift in health regulations two days before the scheduled performance, but this video registration remains largely faithful to the intended structure.