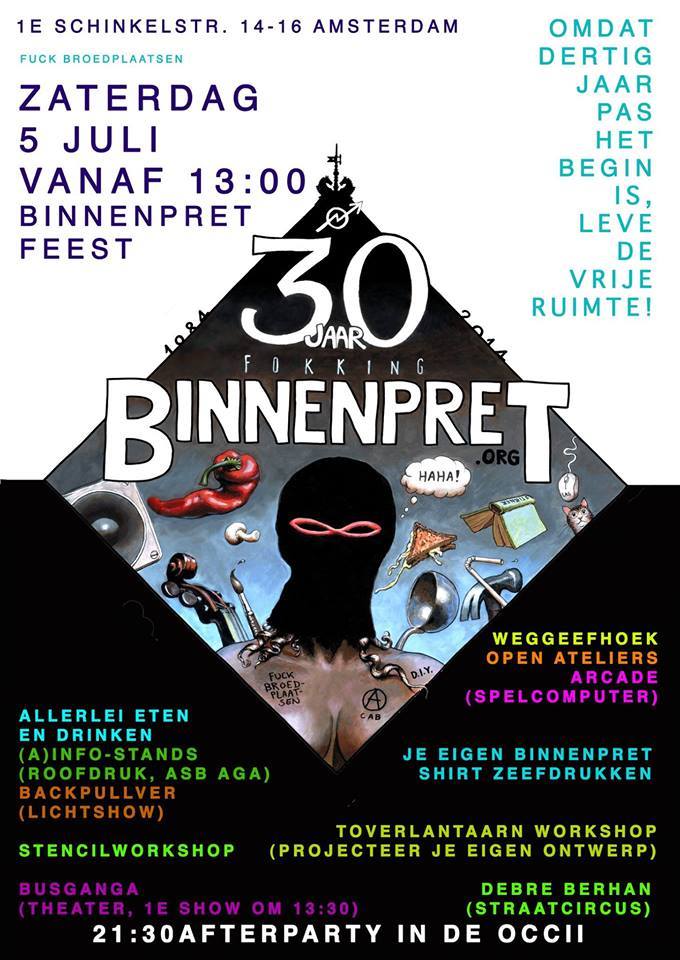 Fendika is a troupe of highly accomplished azmari musicians and dancers from Addis Abeba, Ethiopia. The group draws deeply from the well of Ethiopia’s rich musical tradition, while adding it’s own creative movements and sounds.

Founded in 2009 by Melaku Belay, a leading dancer and respected cultural ambassador, the ensemble is based at Melaku’s famous music club Fendika Azmari Bet in Addis Abeba. In Ethiopian culture, an azmari bet is a traditional house of music where people come to be entertained, informed, and sometimes playfully insulted by the azmari, who serve as current events commentators while they dance, sing, and play for tips.

Melaku is one of the world’s foremost dancer of the eskesta, a traditional Ethiopian trance dance of athletic shoulder movements that presage hip hop movements of breaking and popping. Growing up as a street kid, Melaku learned many regional dances of Ethiopia through participation in religious festivals such as Timkat, folk ceremonies, and everyday activities in Addis Ababa and the countryside where music and dance are a vital part of cultural and spiritual expression. Melaku has traveled throughout Ethiopia to learn the dance traditions of the country’s 80 tribal groups. The musicians and dancers of Fendika present a cultural journey starting in the highlands of Tigray, Wollo, Gonder, and Gojam, also including dances from the Somali and Afar regions and southern Ethiopian dance forms from the Gurage, Wolaita, and Konso traditions.

Melaku and Fendika also extend their base of tradition to new areas of dance collaboration, developing performance collaborations with international groups such as Le Baroque Nomade, Ukandanz, Akalé Wubé and especially The Ex. Fendika has appeared recently in the US, Scandinavia, France and Mali, Holland and Spain.
For the Fendika tradition doesn?t have to be frozen or static, but vibrant, improvised and innovative.

The amzaning Ethiopian Circus Debre Berhan has been formed in 1998 in the town of the same name, three hours away from Addis, by Henok Ashagir and has been touring around Ethiopia as well as in Europe, ao with The Ex. Lately they were in Goteborg, Sweden for three month participating in a big theatre production called ‘Cargo’.

One can find circuses all around Ethiopia, in Addis Abeba and in various smaller towns. Although it’s not an old tradition in the country it’s got a very important impact on communities, as they often mix stories about society (violence on women, hiv prevention, etc.) and more straight forward performances. The Circus is working with more than 100 acrobats, including children.
One of the important features in this circus, however, lies in the fact it employs performers who have physical disabilities as well as those who are deaf. It is the first African circus working with disabled people. These performers, both those in the children?s act and the adult?s act, are extremely talented. Circus Debre Berhan?s shows open with the children?s beautiful and often very challenging acrobatics, followed by the adult act which is staggering in its intricacy and difficulty. The performances are usually held in public spaces such as markets and main squares where possible in order to reach and entertain as many people as possible.

Debre Berhan Circus builds on from the foundations laid by Circus Addis Abeba and tries to integrate Ethiopian characteristics such as music, local costumes, and hairstyles, into a global circus language. The Circus tries to differentiate itself from ?big’ circuses in that its acrobats do not rely on ropes or other protective measures. Their protection lies only in the trust which has grown between the performers as well as endless practice. Cooperation, solidarity and persistence are the basis.
At the moment, Circus Debre Berhan is touring all over Ethiopia with its hundred or so performers split into small groups, to cover the vast countryside. If it continues its success, it will hopefully help change perceptions of disability and stigma. 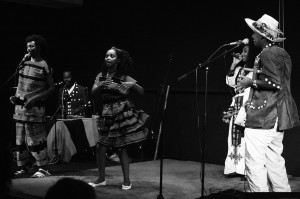 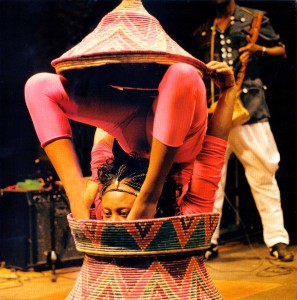