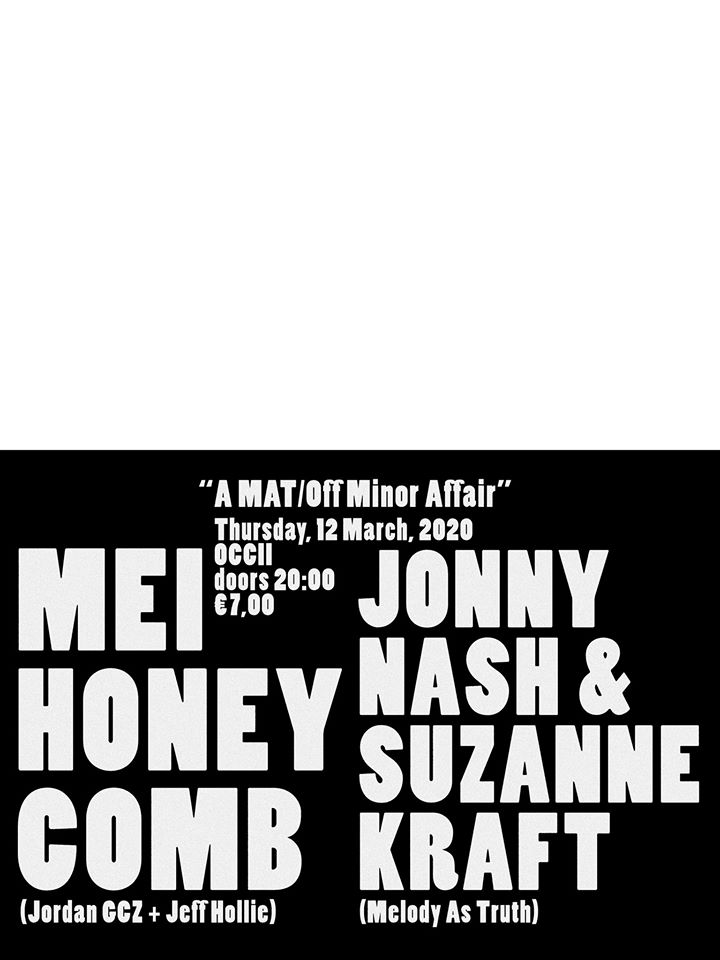 Two local heavyweight outfits join forces for an evening of stretched out live performances and improvisation.

Jeff Hollie, saxophonist (USA) has spent the past 40 years playing with “everyone”.. He is maybe best known for his work with Frank Zappa. He played tenor sax on Zappa’s “Joe’s Garage” album. Furthermore, Hollie contributed to Robert Williams’s “Buy My Record” and Ike Willis’ “Shoulda Gone Before I Left”.

Jordan GCZ is also 1/2 of juju & Jordash And 1/3 of Magic Mountain High. Besides running ‘the Off Minor’ label, and being one of the hardest working producers in town. Live is a blur of keys amongst a host of other boxes on which improvises beats and layers up the effects.

Working from MATstudio, their shared studio in Amsterdam, Suzanne Kraft and Jonny Nash are know for their regular collaborations, the results of which often finds their home on Nash’s label Melody As Truth. 2017 saw Kraft and Nash collaborate for the first time on the acclaimed album “Passive Aggressive”, with a series of live performances following. The subsequent years saw the pair deepen their production skills and shared musical language, establishing the MATstudio series to catalogue the many experiments and improvisations that take place in their studio.