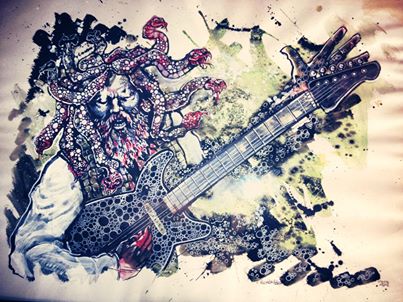 is Matt Mottel (of Talibam!, on keys), Colin Langenus (of USA is a Monster, on guitar), and Nick Lesley (of Necking, on drums). They are “THE BEST DAMN BAR BAND IN TOWN!” – Tim Dahl (bassist in Child Abuse/Lydia Lunch’s RetroVirus). “Alien Whale may be the best biker rock band NYC has eternally known. Spawned in summer 09 ‘the Whale’ is a ruling power trio intensity… the blurr of Motorhead via the wrong nite acid trip of Steppenwolf and u start to get the idea. … ” – See more at: http://northern-spy.com/alien-whale/#sthash.mfPV6wT4.dpuf

(čr/us) psychedelic country one-man-band –
leathal underprivilidged orphan on lifeisabuse USA / barlamuerte ITA / toolbox records FRA
a one man band – sometimes accompanied by many…
a Mojave California desert rat that fattens up his diet of sun half of the year in EU His current sound has been branded mystic -psychedelic western / noir amerikana but it may well be world music from a world that does not yet exists. Actually this is just another faze of his long musical career. Traveling the dusty trails with his own (now defunct) Pseudo Pseudo and paying dues with the Residents, Exene Cervenka of the X, Lydia Lunch, Steve Mackay and Mike Watt – the sax and bass man behind IGGY POP & the Stooges, Uz Jsme Doma, Marshall Allen, Otto Von Schirach, Slymenstra of GWAR and countless other projects that goes back to the mid 80′
– Koonda recent sound is dark – heavy flow at the end of the month – orchestrated with a looper and crowned with lyrics whose comedy redeems the darkness of its own messenger . 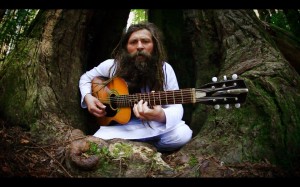 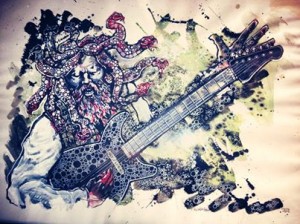 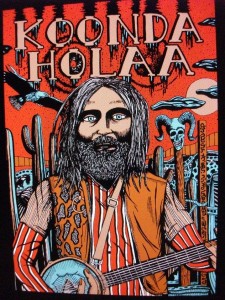