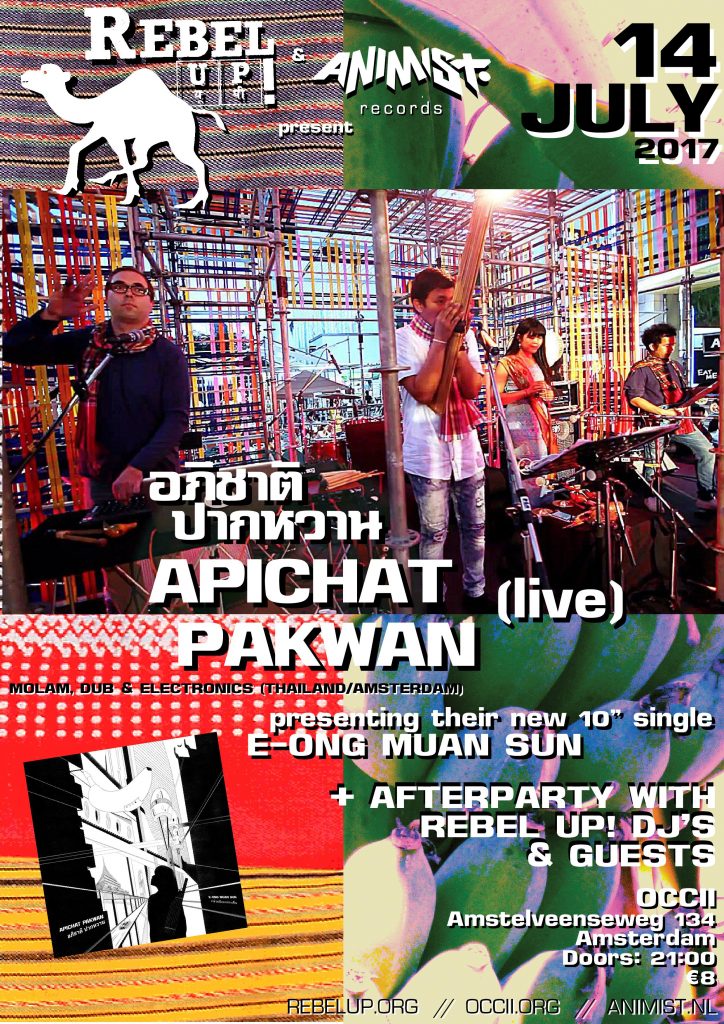 Their hybrid mix of Molam, the folkmusic of the ethnic Lao from Northeast-Thailand, is mixed with dub and electro.

Apichat Pakwan is a music collective put together by Olivier Schreuder, an Amsterdam-based musician & producer. Together they produce Isantronics – a hybrid approach to blending molam (folkmusic of the ethnic Lao, of whom the largest population is living in Isan, another name for Northeast-Thailand), electronic music, dub & hiphop. Their believe is that traditional culture survives by consciously embracing new developments while preserving the essence of the culture. 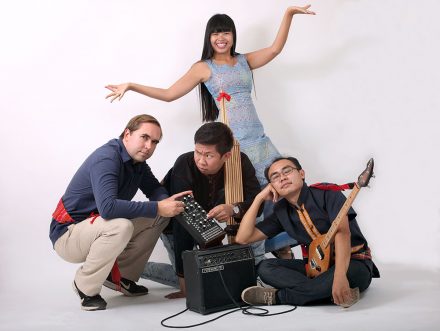 Apichat Pakwan arised from many years of studying the folkmusic of the ethnic Lao and electronic music.
Together with two of the best musicians in the region of Northeast-Thailand, Olivier Schreuder recorded an album with new compositions he made especially for them. These musicians are Pongsapon Upani, who plays the Lao mouthorgan called kaen, and Artit Krajangsree, who is an expert on a stringinstrument phin. Robin Koek, also part of techno-duo Artefakt and solo under his alias Cyspe, played the drums.

As from 2003 Olivier Schreuder follows his passion for Southeast Asian music to that region to study traditional music instruments & languages, and to make music with local musicians.
Previously he composed new music for Thai morlam-singer Chompoo Triwises, who resides in the Netherlands. They also toured together. For this he developed an augmented saxophone, an electroacoustic instrument capable of mimicing the sound of the Laotian mouthorgan.
He met Pongsapon Upani while searching for an expert on the kaen.

Pongsapon is known as a big musical talent and regularly plays with legendary morlam-artists like Chaweewan Dumnern, Ken Dalau, and Angkanang Khunchai. Besides shows on national Thai television he and Artit performed in New York & Tokyo.
Artit Krajangsree is an exceptional talent as well, who became an expert on the phin by practicing day and night.

The title of the group�s first single, Angkanang, comes from a fieldrecording Olivier made in Thailand and which can also be heard on the record. It�s an anouncement of a liveshow by morlam-diva Angkanang Khunchai blasting through a megaphone on a car driving through the city of Ubon Ratchatani.
But the name of the record has another special meaning. Olivier Schreuder met his loved one during the recordings, a Thai musician withe the same name: Angkanang.