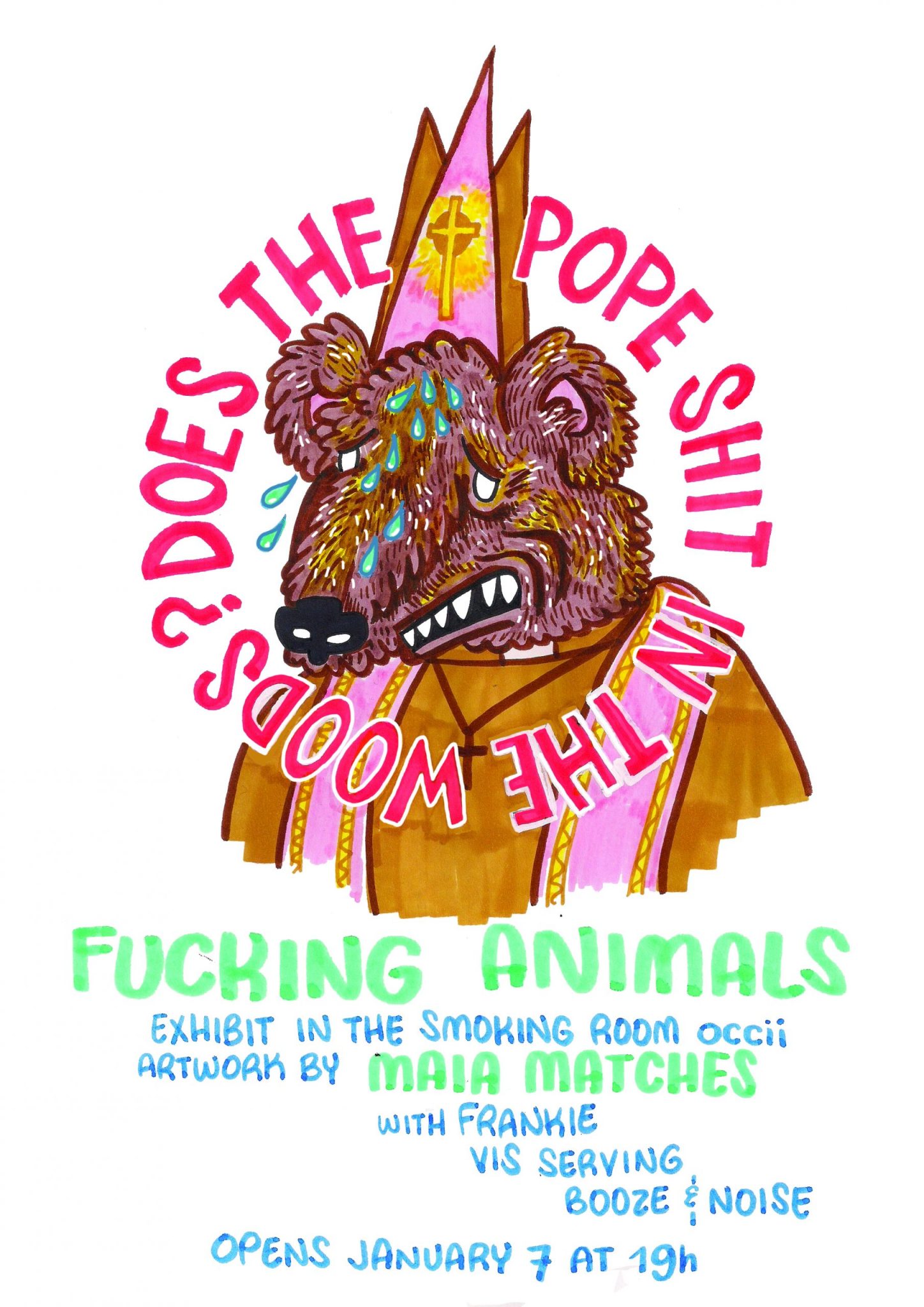 
From the 7th of Januari, we (Hans, Kristina Petrasova and Frank) start the OCCII BAR. Every wednesday the Occii is open for a drink, food and a chat with some nice tunes, art opening and sometimes live music. Coming wednesday Rogier Smal and Maia Matches wil show there new work in the gallery upstairs, Kristina will make some hapjes, vodka-tjes, buhuuutcher’s beer, tips for drinking combo’s. Cheers!

Maia Machèn (Maia Matches) was born in Toronto, Canada, and moved to
the Netherlands in 1999. She graduated from the Academy of Art &
Design in Den Bosch in 2003. She majored in sculpting, and
additionally self-published a series of zines, called ‘Crap*’. In
2004, she worked on her graphic novel ‘Torontonia’, a project that was
awarded a subsidy by De Nieuwe Brabantse Kunst Stichting (The New
Brabants Art Society) in Breda. Maia drew a comic in the 24 Hour
Comics Day event in Amsterdam in 2007. 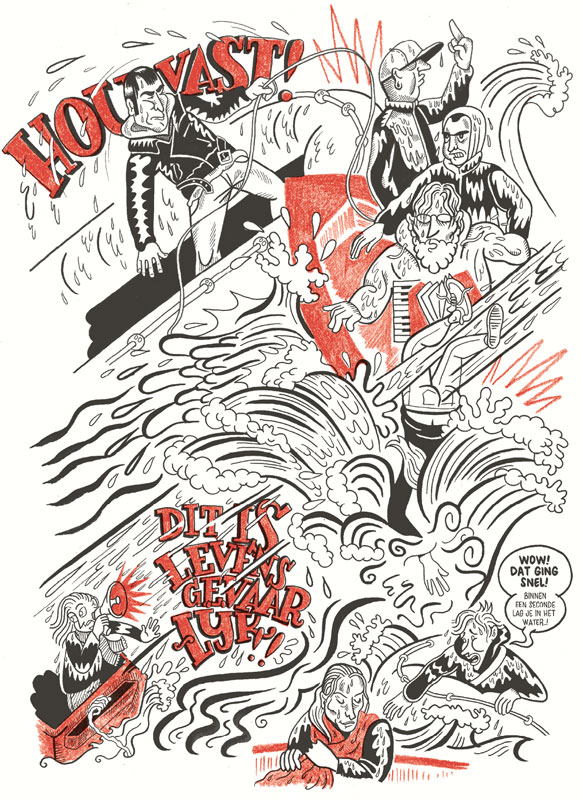 She was one of the driving forces behind the free comics papers Orient
X Press (2012) and Wat Wil West (2014), that were distributed free in
the Amsterdam quarters Oost and Oud-West, respectively. The papers
featured art by Maia and other upcoming comic artists based in
Amsterdam. In 2014 she participated in ‘De kraker, de agent, de jurist
en de stad’, a journalistic graphic novel collaboration between three
journalists and three comic artists about the squatting prohibition of
2010.