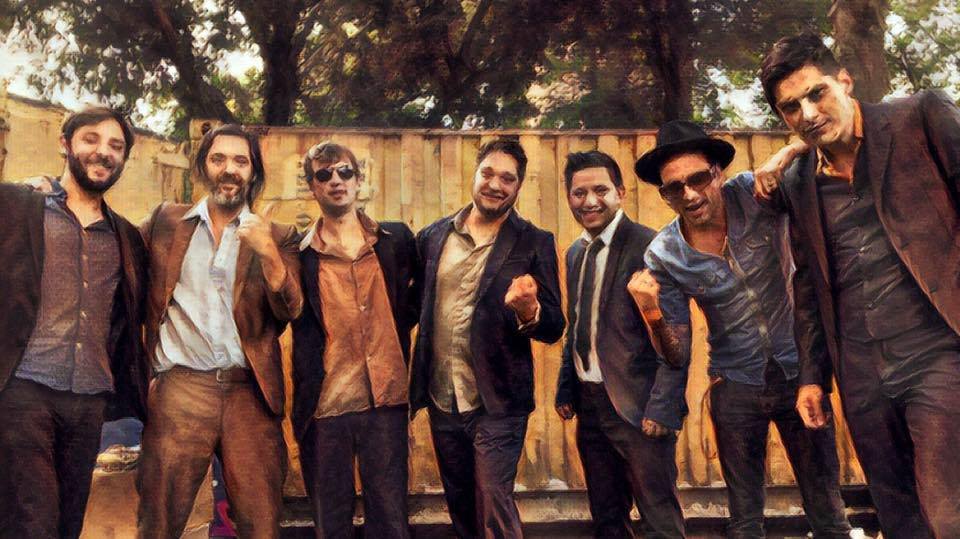 Balkan Beat Bar hopes that you all had a great summer 🙂 Meanwhile we open the new season with a LIVE special!
The great Antwerp Gipsy-Ska Orkestra will rock the stage of the OCCII and make the dancefloor steam!
Before and after the concert your DJ’s LAY DNA from Hungary and Fictive Person will give you that party to complete the night!

ANTWERP GIPSY-SKA ORCHESTRA (BE)
A steamy brew of Eastern European gipsy music and Jamaican ska, seasoned with a rebellious spirit? That has been Antwerp Gipsy-Ska Orkestra’s trademark for the last decade. The trailblazing band now finishes it off with Kilo Gipsyska, their third album. Following Tuttilegal (2007) and I Lumia Mo Kher (2011), this one really accentuates these musical globetrotters’ pioneering role.
Guitarist Mukti Gabriels explains : “In Romanes, the Roma gipsies’ language, the unit kilo also applies to liquids, as in ‘a kilo of cola’ or ‘a kilo of gin-tonic’. So, Kilo Gipsyska means : our own recipe, our own cocktail, and lots of it.” Frontman Gregor Engelen : “On this album, more than ever, we play real gipsy ska. We’re exploring our own genre, with more attention to details. That makes our music more varied and more accessible. It’s a nice position, getting older and wiser, while our audience is getting younger and wilder.”
The gipsyska madness, rudeboy vibes and Roma passion on Kilo Gipsyska reveal the sextet’s respect for tradition as well as their sense of adventure. Kilo Gipsyska boasts two covers (the Greek-Arabic folk classic Misirlou, and Zvonja, a traditional with roots in Bosnia- Herzegovina) and eight original tracks, now sung mainly in English. “We had to take that step. We used to sing mostly in Romanes. We did this with the greatest respect, but few people in our audience really know that language, which is packed with emotion. From now on, more people will understand what we are singing.”