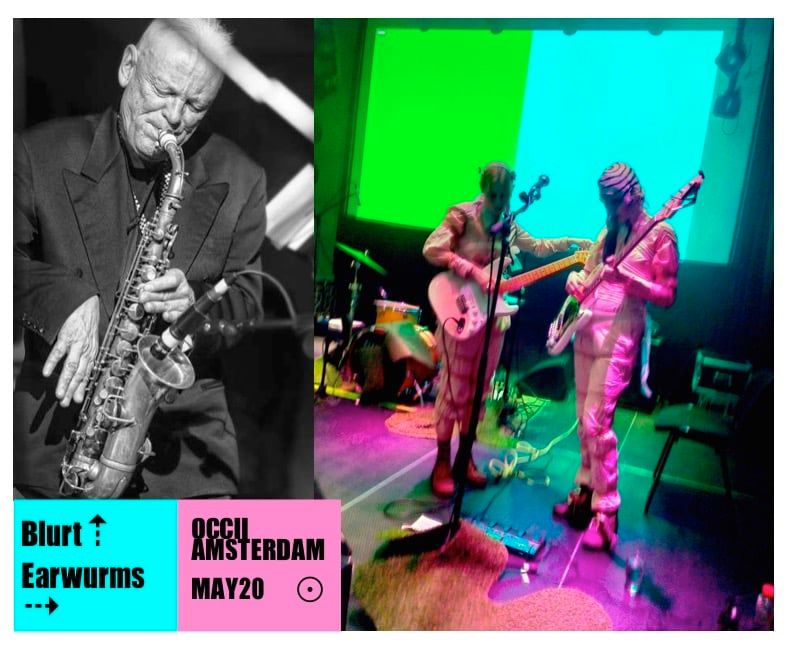 When they first appeared on Factory Records all those years ago they looked and sounded beyond time. Their free jazz punk skronk was energising and visionary and they made a great fuss and become an underground staple especially in Europe where I remember supporting them in front of 900 people in Munich.

Somehow out of the blue they have returned with a killer new single called ‘Uzi’. Built around the constant Blurt groove, a thrilling and catchy incessant guitar line and Milton’s jazz sax that oozes Uzi elixir and his free form beat poetry it’s a stunning and brilliant single.

Still fronted by the charismatic Ted Milton the band are on fire and suddenly in the right place at the right time. The deserved fuss about the likes of the brilliant Colin Stetson and Shabaka Hutchins taking the sax into new places lets not forget Blurt were there first and are still there now….time for this genius band to get some love… 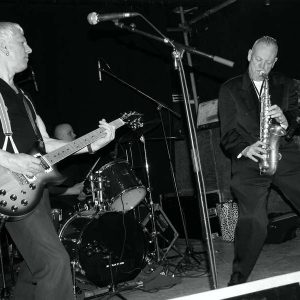 Led by poet/saxophonist/blurter Ted Milton, they were one of the oddest and most galvanizing bands from Great Britain’s post-punk movement. Surfacing a year after 1981’s live full-length ‘In Berlin’, their self-titled debut studio LP consists of seven tracks that strip funk and jazz-inflected no wave down to insanely logical essentials. These lean vehicles operated by Milton, his brother Jake (drums), and Pete Creese (guitar) get your hips twitching and your brain itching. The songs are both tight and spacey—a rare combo of elements that coheres into trance-funk jams punctuated by Milton’s rude, shredded sax jags and spluttering, megaphoned rants. If you saw Ted Milton doing his thing on the street corner, you’d give him a wide berth. See him onstage or hear him on record and you’re transfixed and repulsed in equal measure. (Jive Time)