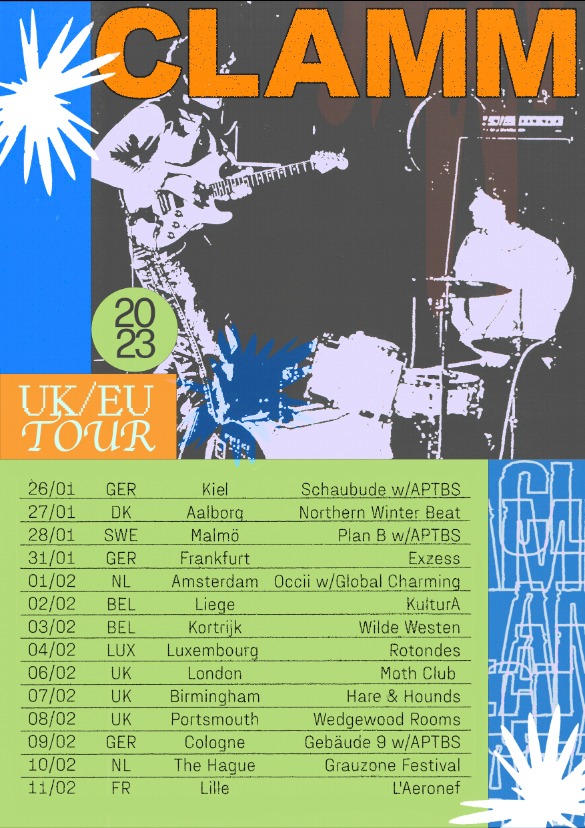 Global Charming are a post-punk quartet emerging from the Amsterdam underground, exorcising the banality of everyday life. On their album ‘Mediocre, brutal’ (Subroutine Records), the band explore the monotony of daily routines, survival of the dullest kind; because boring is intense.

CLAMM, DJ STEVE, GLOBAL CHARMING
Bookings are closed for this event. 50 tickets will be sold at the door 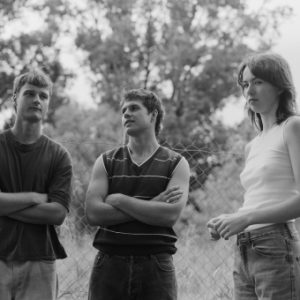 Melbourne punk power trio CLAMM released second album Care in August 2022. The album was thrashed by Steve Lamacq on BBC 6 Music, its first single Bit Much the #1 most added track to US college radio, and has been covered by the likes of Line Of Best Fit, The Chicago Reader, Paste Magazine, DIY Mag, So Young and elsewhere.

CLAMM’s music was already concerned with the woes of the world, but the last two years have added extra urgency to their blown out, dystopian punk power.

CLAMM explore the confusion of what it is to be a young person trying to live an honourable life in this world. Their songs are about trying to navigate systems of power and oppression while retaining a healthy sense of self and mental health. Community, creativity, and catharsis are what they hope to achieve through their music.

Care is bigger, louder and darker than CLAMM’s debut album Beseech Me (2020), which was a feature album across Australian radio and first brought them to international attention.
Beseech Me was reissued on vinyl in 2021 by UK label Meat Machine (home to Canadian art-punk provocateurs Crack Cloud), which saw CLAMM featured on the cover of French Rolling Stone and played on BBC 6 Music.

In Australia the band has played with Wolf Alice, Amyl & the Sniffers, the Chats and the Murlocs, and have shows booked in 2023 with Ty Segall and Pavement. 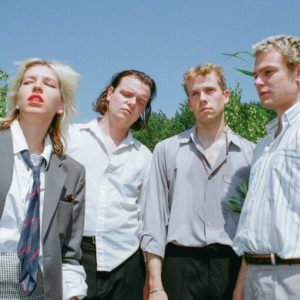 Global Charming exorcise the banality of everyday life, knowing the planet is doomed and the printer is out of ink again.
On their upcoming debut album Mediocre, brutal the Amsterdam based postpunk quartet explore the monotony of daily routines, survival of the dullest kind; because boring is intense. Fuelled by the lingering energy of repetitive rhythm, wayward guitars wash away the dead taste of vending machine coffee, breaking free from frustration with sharp jolts. Lyrics about cutlery and new coats blend with Global Charming’s lean compositions, marked by playful synths and percussion.
The group, made up of familiar figures in the Dutch underground scene as musicians, record producers and visual artists, recorded the album at Schenk Studio, Amsterdam. Debut ‘Mediocre, brutal’ was self-produced and mixed by Mikey Young.
Follow the rhythm of a plate spinning on a tabletop: the acceleration, the sudden halt. Again, and again, and again.
—
Global Charming was founded in the summer of 2018 and is made up by Jilles van Kleef, Sara Elzinga, Sjoerd Bartlema, and Fokke de Wit. Live shows in the past have included support slots for the likes of Crack Cloud, Drahla, N0V3L and B Boys, amongst others.
Mediocre, brutal will be released on Subroutine Records. Artwork and graphic design by Tjobo Kho.