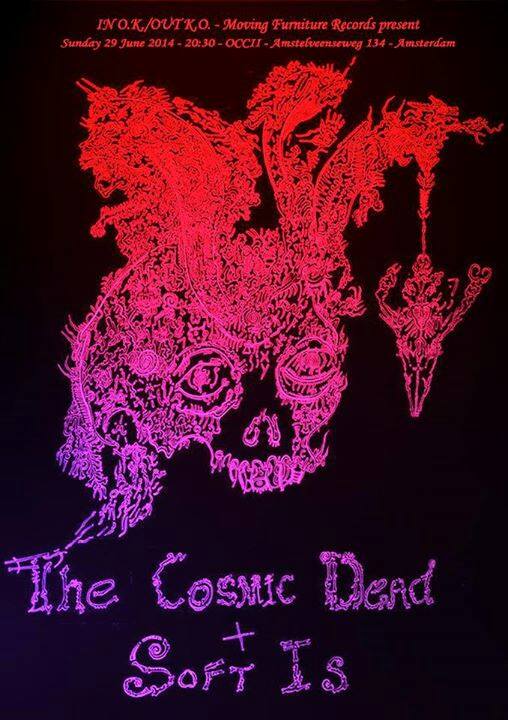 The Cosmic Dead are a quartet from Glasgow, Scotland.
Together since 2010, they have released a multitude of albums & compilations across several formats including vinyl, cassette, CD and digital.
These releases have been brought out by various labels including Who Can You Trust? (DE), Sound of Cobra (DE), Paradigms Recordings (UK), Cardinal Fuzz (UK) Evil Hoodoo (UK) Cosmic Eye (GR) & Stabbed in The Back (UK).
The band have been prolific with their gigging right from the beginning, sharing bills with the likes of Wooden Shjips, White Hills, Carlton Melton, Gnod, Teeth of The Sea, Cave, NAAM, Mugstar, Bo Ningen & Damo Suzuki.
In the past couple of years, they’ve ventured more and more out of their Glaswegian bubble, touring the UK, and mainland Europe several times.
They now also have several festival appearances under their belt including: Roadburn, Liverpool Psych Fest, Supernormal, Reverb Conspiracy, & Stone Rising.
A feature by Zero Tolerance magazine described the band by stating that “If the rings of Saturn could sing, this is the sound they would make.” 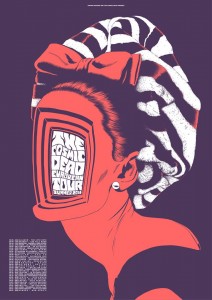 SOFT IS, THE COSMIC DEAD
Posted in IN O.K./OUT K.O.