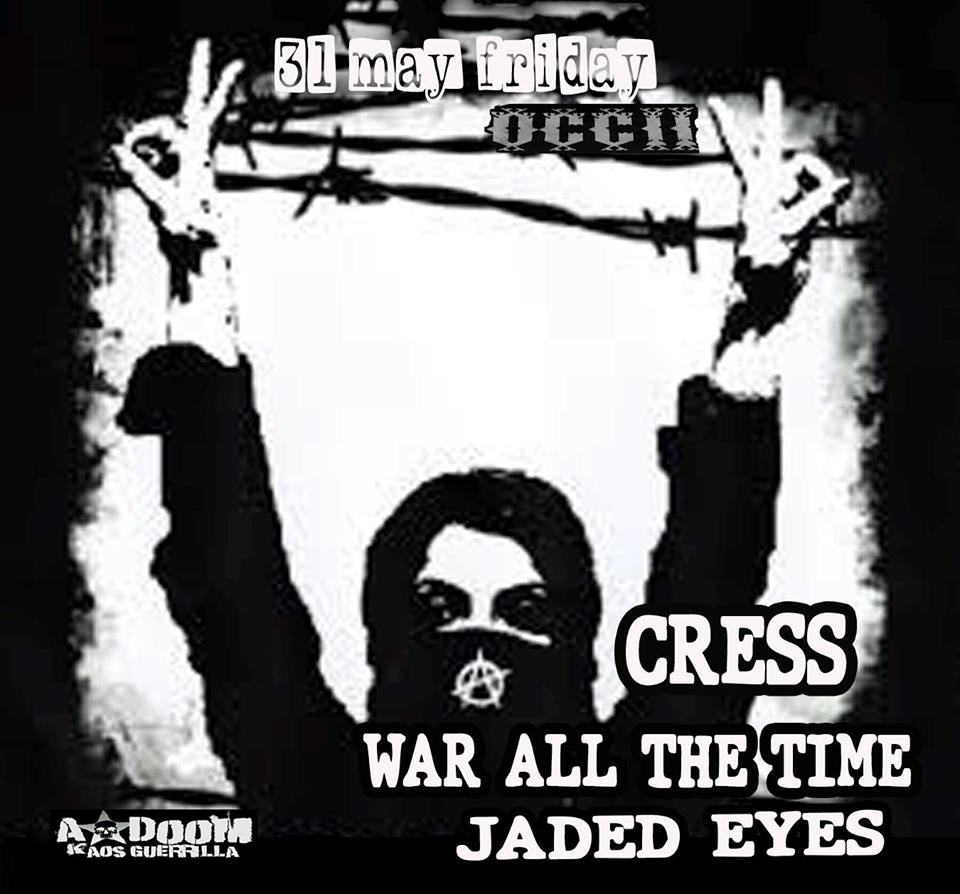 CRESS is an anarcho-punk band from lowton,leigh,wigan UK.

WAR ALL THE TIME… started late 2005 from the ashes of Boxed In (ash, dingo, sned ) with the arrival of rob (ex Kito) on vocals. toured around uk, eire (w/ active minds ) europe (w/ geriatric unit) and made 2 split EP’s ( out of press – see bandcamp) with f whole in the head and the horror In 2007 and 2008 toured in south east asia and australia and made self titled LP . (out of press – see bandcamp) line up change late 2011 , sned left , macevoy joined on drums , this line up made a split LP with prolefeed around 2014 . 2016: dingo left , enter nogs on bass , macevoy moved to 2nd guitar , sned returns on drums . plans for new songs and a bigger sound and who knows what else!
https://warallthetimeuk.bandcamp.com/