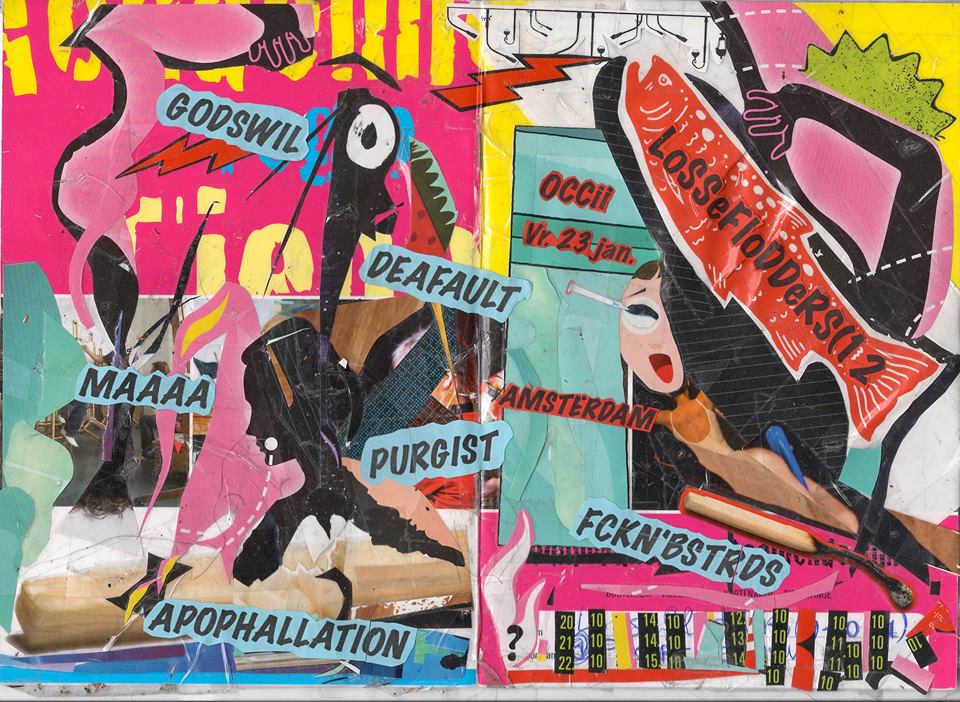 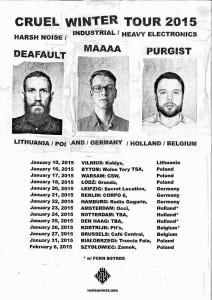 DEAFAULT – harsh noise texture and musique concrete by Michael Ellingford,
est. 2013 [AUSTRALIA]
A cutting-edge solo harsh noise act on the verge of gritty DIY aesthetics and intricate,
complex sound design.
Having gained international attention with his previous act AREYFU, Michael
Ellingford has taken his masterful craftsmanship to the next level. Receiving a grant
from the Helpmann Academy for the Visual & Performing Arts has made it possible
for Michael to travel to Europe for the second time and present his astonishing works
to a wider audience.
http://www.fb.me/deafault 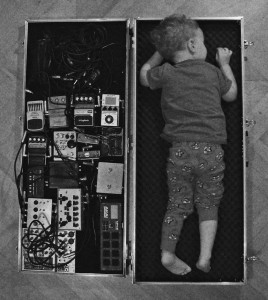 Hailing from the land of Karelia located on the Finnish and Russian border, MAAAA
has been an active and on-going project for over a decade. Having evolved from a
punk noise collective of upwards to 10 members, the act has turned into a solo
endeavor led by Sergei Hanolainen, a russian expat currently residing in Poland.
Throughout the years, MAAAA has evolved into a highly refined, post-industrial harsh
noise act which has gained international fame for his conceptual, structured noise
works based mainly on sounds of metal sheet abuse and rusty synthesizer textures.
http://www.maaaa.org

FCKN BSTRDS –  shitnoise never dies ,this the real and orginal page the old one is dead [HOLLAND]

This is a DVD for the band FCKN BSTRDS. These guys are totally insane. They play some very chaotic & crazy Noise Experimental music. There is a lot of feedback & static in their sound. The DVD contains lots of live footage of the band. Their shows seem very bizarre as well. There is lots of S&M, torture, costumes, violence, sex & much more at their shows. I liked a lot of the weird animation & stuff between the live footage. They were like a noisy version of GWAR, THE GENITORTURERS & BAD LUCK 13 all rolled into one!!! This was some really crazy ass shit!!!