Hippie Diktat’s music is radical, raw and powerful. They project massive and overwhelming walls of sound, powered by explosive noise-based free improvisations; they’ve been generously sharing this loud and physical sound experience since 2011. They have played all over Europe, released their first album in 2012 and work with the Paris based collective/label COAX.
Currently working on a new album release for Be Coq records, they’ll be on tour in March – playing over 25 concerts in North Europe and Scandinavia. 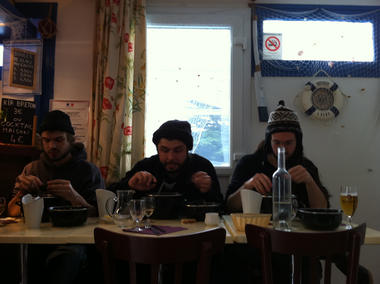 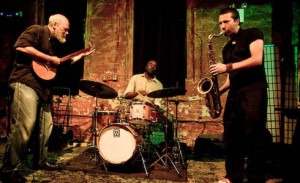 The music of Keefe Jackson’s all-reed group Likely So is both a new direction and a continuation of his abiding mission: combining composition and improvisation with an emphasis on the interaction of the individual musicians. On their new CD A Round Goal (Delmark Records), this leads to an exploration of sound-areas including the textural, the melodic, and the instinctual.
In his Chicago Reader review of it, Peter Margasak commented that ‘the individual improvisations are routinely sparked or massaged by exquisite passages of harmonically lavish contrapuntal accompaniment.’ Clifford Allen, writing in All About Jazz about Jackson’s composing, asserts that ‘…influences and ideas are rearranged and combined in a way to exude something not only contemporary, but beautifully futuristic.’