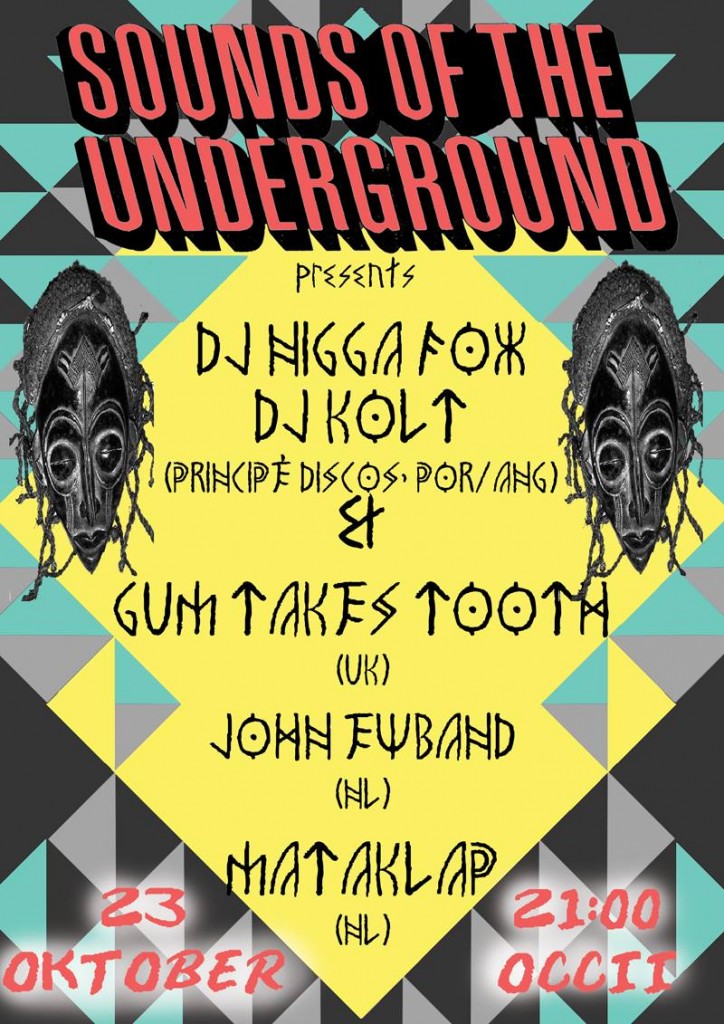 SOTU Festival presents a night of concerts and dancing featuring:

Dj Nigga Fox (Rogério Brandão)
(Principé Discos)
Rogério Brandão aka DJ Nigga Fox is one of the prodigies who has been causing a stir in and beyond the burgeoning Lisbon scene. Hot on the heels off prominent festival appearances at this year’s Roskilde and Sónar, Nigga Fox will be making his Amsterdam debut at this SOTU Festival event. Nigga Fox inimitable sound takes cues from the Príncipe label roster and collective, as well as fresh sounds from Angola’s capital Luanda. His refined hybrid is informed by kuduro, afro-house, tarraxinha, batida, and mixed up with house and techno.

DJ Kolt
(Principé Discos)
DJ Kolt is the spearhead of Blacksea Não Maya, a young DJ crew from the south side of the Tagus river that splits Lisbon and its periphery. B.N.M. (Blacksea Não Maya) which also features DJ Noronha and DJ Perigoso, have been regulars at Príncipe’s monthly residency at Musicbox club in Lisbon. Like Nigga Fox, B.N.M have been garnering much crititical acclaim; their first EP release was widely applauded and became ‘Album of the month’ in SPIN’s ‘Control Voltage’. DJ Kolt is the most established one of the group at this point, and is keen to test the crowds in the north, trailblazing through B.N.M.’s original tracks, showcasing a vibrant style of progressive Batida yet to be named.

This event is presented in part by Pantropical / Rotterdam