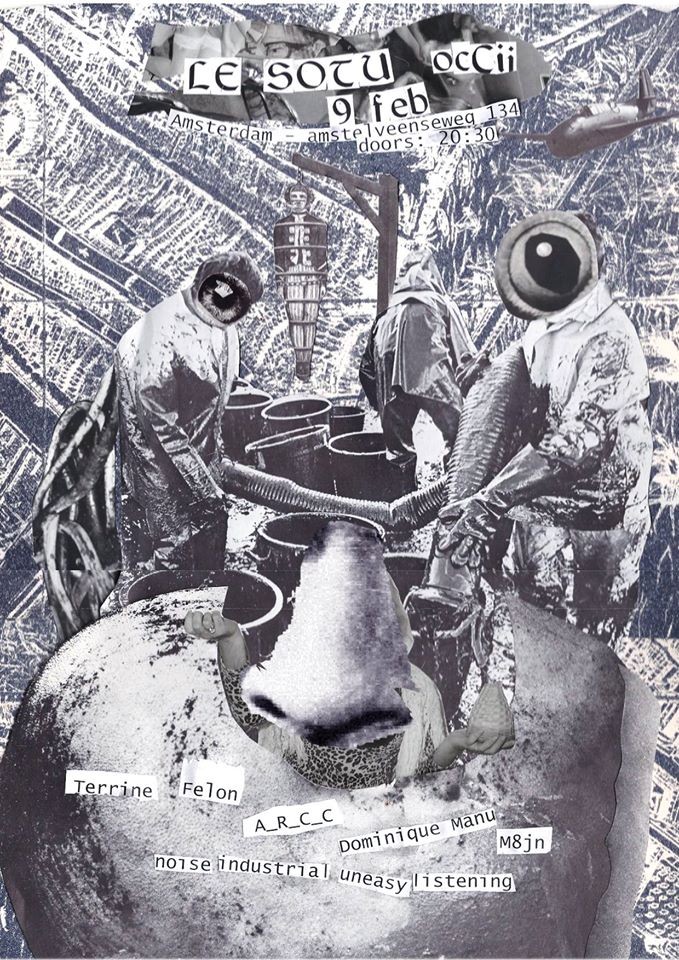 Dominique Manu (FR/D-H)
Dominique Manu is a French artist who currently lives in Den Haag. His songs are pretty uneasy listening:: raw keyboard melodies accompanied by a fragile voice that tells fragmented stories … the music evokes visions of Martin Rev collaborating with Felix Kubin on a soundtrack for a nouvelle vague film or with a hungover Ian Curtis on a can-can show.

A_R_C_C
Meeting between Arnaud Rivière & C_C,
together they play something that deals with noise, rhythms, rupture and continuity. At least they try. Some people were seen dancing during previous gigs.
http://http.http.http.http.free.fr/

Terrine
Terrine is a french solo of electronic improvisation (1/4 of Headwar and 1/2 of Me Donner). Claire Gapenne’s solo project. She makes nuke music.
She shows a certain shade of noise around industrial and electronic music… She try with her Amiens city’s friends to pretending create the nuke from the year ‘quatre-vindus’ (a pun with the french 80’s and indus).